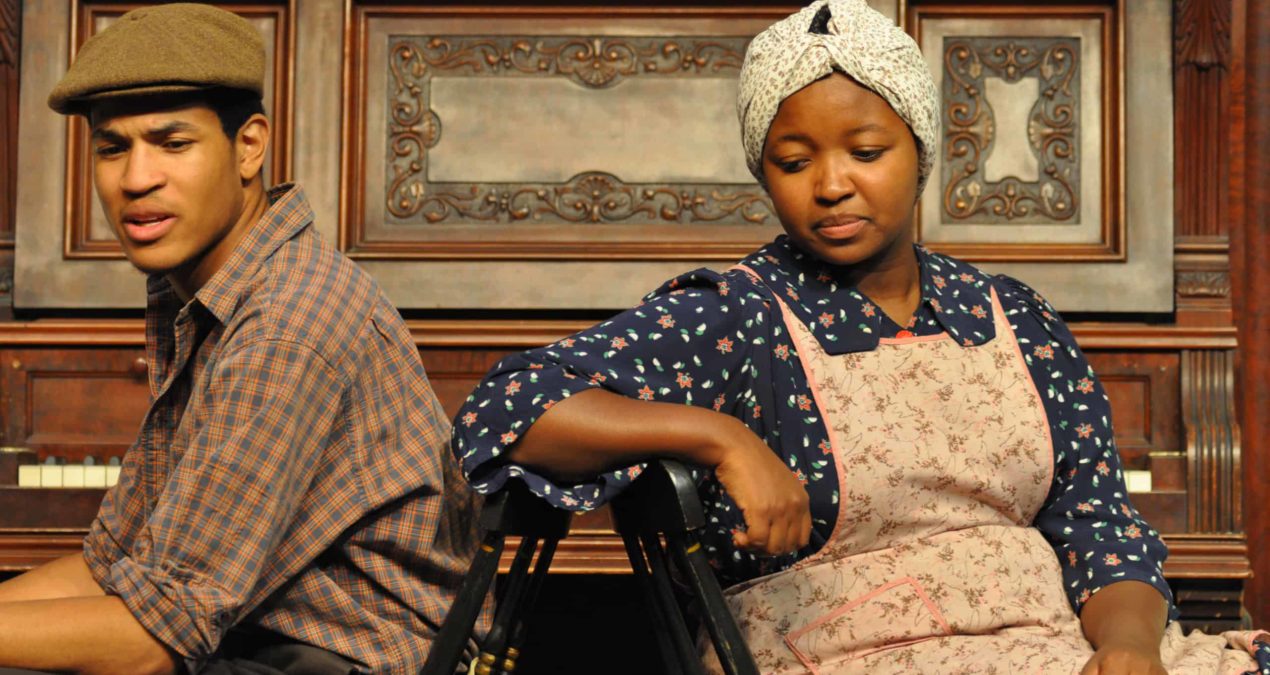 That one audience member who laughs like a seal is always the best kind of member. You know when the joke isn’t that funny but someone else’s laugh makes it hilarious? This happened last Thursday as simple jokes in the play turned the audience’s subtle giggles to hysterical laughter due to the unique laugh of the one guy in the front row.

This weekend’s play The Piano Lesson was a must-see. Not only was it cast perfectly, but it illustrated a variety of underlying themes that contributed to the hardships faced by African Americans during that time period. Several emotions were brought upon the audience within the time span of three hours.

Vaval Victor ‘20, who played Lymon Jackson, an African American man from Mississippi and was seeking an opportunity up North after being exiled for looking at a white woman, had plenty to say on the play, his role, and his aspirations for the outcome of the play.

“August Wilson plays show the real black culture” he said, then proceeded to explain the usage of the “N-word” and its context within the play. It’s used in a friendly/brotherly terminology instead of a derogatory term. He didn’t want the audience to think that they were using the “N-word” just for the fun of it or just because they can because as the black community.

“This is black culture at its peak; this is how we live. This is the reason why we live,” Victor explained. He wanted the audience to be open minded in all the jokes and the small things that were implemented from black culture in the play. In order to break down stereotypes, one has to understand the history from which it is derived. It was clear that The Piano Lesson was raw and uncut and that was significant in adding to the influential aspect of the show.

The audience was given the pleasure of witnessing the depictions of family, finding love, gender roles and the hunger for money. The rocky relationship between Berniece and her brother Boy Willie caused by the piano’s existence in her house illustrated the hunger he had to get as much money as he can. While this drama is going on, Lymon is hungry for love as he goes between Grace and Berniece, who didn’t want to be the stereotypical woman who needed a man to get by. Unfortunately, he wasn’t her cup of tea.

The play was filled with the suspense of Sutter’s ghost, a white plantation owner who was allegedly pushed down a well, haunting Berniece’s house. Boy Willie is somewhat obsessed with obtaining his piece of land, which worries Berniece because she knows that selling the piano was his gateway to buying the land. In the end, Boy Willie struggles with his identity; choosing between having heart or leaving his legacy. He had to decide between having a big enough heart to leave the tears, sweat and history of his family in the house by leaving the piano or becoming a legacy by owning a large amount of land as a black man.

August Wilson’s play allowed for students to lean away from what they think they may know about black culture and black experience and see face-to-face the struggles of the  1900’s.

Victor said that he wants The Piano Lesson to open doors for more multicultural plays starring a multicultural cast. Not only was this play a debut for this all-black cast, but it was also a debut for the black community as a whole. It’s important to show talent, but also to educate the uneducated and, like Victor said, to break down those stereotypes. Just like Jesse Williams said, “Just because we’re magic doesn’t mean we’re not real.”

Whether you did or did not see the play, the talent that was displayed is not the only talent on campus. It’s just a sneak peak. The term “black magic” derives from the struggles, obstacles, and hardships our ancestors faced, demonstrated in Wilson’s play and portrayed by Denison’s black students.