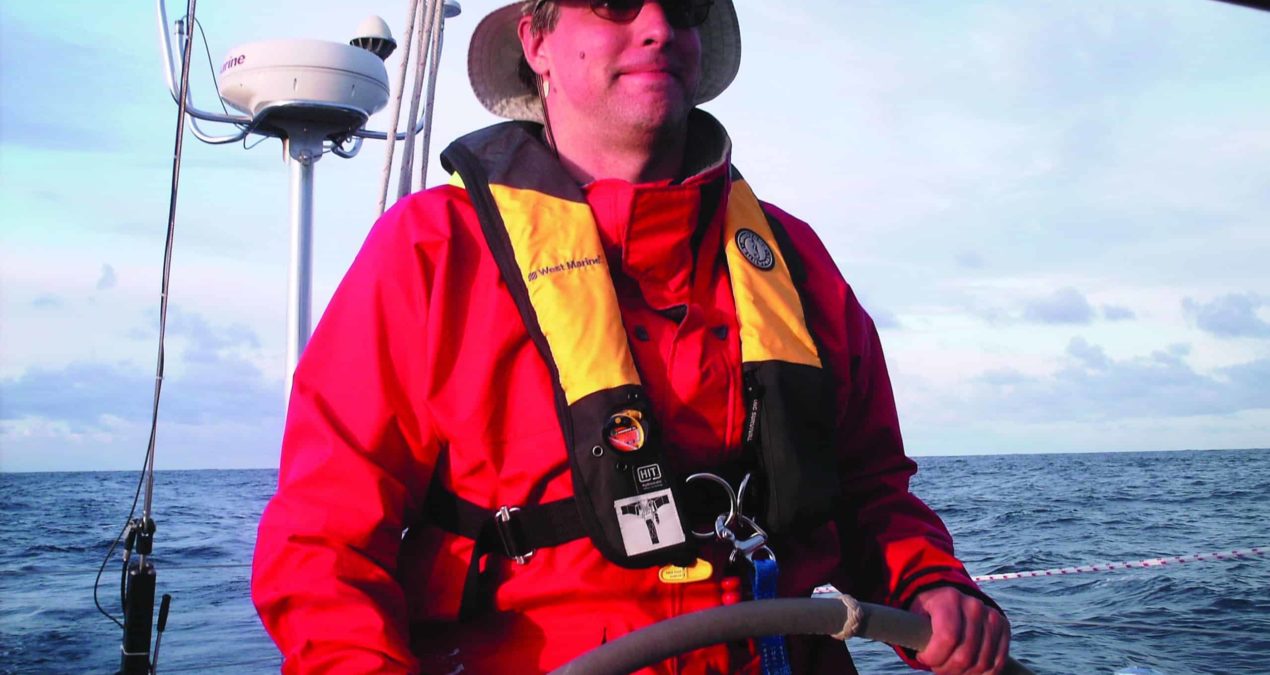 Kevin Harrison is drawn to finding elegant solutions to the world’s most challenging problems. Harrison taught environmental studies at Denison but is currently pursuing his research.

“Growing up, I was always curious and had to know how everything worked.” Harrison bombarded his family and teachers with non-stop questions. They would patiently answer, but Harrison found he enjoyed finding the solutions on his own.

Harrison went on many adventures in his youth. By age eight, he was skin diving and developed a love for oceanography after reading works of Jacques Cousteau. By eighth grade, he was scuba certified. And by 11th grade, Harrison helped excavate a ship that sank during the Revolutionary war.

When he was in graduate school at Columbia, his Ph.D. advisor Wally Broecker presented Harrison with a problem that had perplexed hundreds of scientists for decades: why contemporary atmospheric carbon dioxide levels were increasing more slowly than expected. About 25% of the carbon dioxide released to the atmosphere by fossil fuel combustion and deforestation is missing.

“This was a huge problem, because if we don’t know where the carbon dioxide is going we can’t predict future CO2 levels or future climate change,” Harrison said.

Broecker expected Harrison to fail and was looking forward to working through the problem together. But Harrison didn’t fail. He took the problem home and solved it in a matter of hours.

“My professor was heartbroken that a student had figured this out. He was expecting me to struggle and fail and ask for his help. It puzzled him that I found it out so quickly when others, who had been working on the problem for decades, had not figured out how to use soil radiocarbon measurements to determine soil carbon turnover times,” he said.

Harrison’s findings were published in Science, Global Biogeochemical Cycles and featured on CNN.

Harrison was 27 when he figured out how to interpret soil radiocarbon measurements and continues to extend his research on the topic to this day.

He started making soil radiocarbon measurements using an accelerator mass spectrometer, and by comparing the measurements with the models he created under Broecker’s advising, he was able to show that about half of the missing carbon dioxide was going into the soil. In short, soil has the potential to influence atmospheric carbon dioxide levels.

For people not well-versed in the sciences, and even people in the field, Harrison’s theories on soil carbon and new theories on silica are difficult to understand because they are different from typical approaches.

“I keep trying to explain and present things at conferences,” he said. “Lately people have started to show interest in my soil carbon research and citations for it have grown exponentially in the past year.”

When Harrison isn’t at conferences, he’s taking care of his research obligations so that he can go back to teaching. He believes that is the most rewarding part of his career.

“Long ago, I realized that my students’ contributions to society would far surpass my contributions and that’s why I want to get back in the classroom.”

His students miss him as well. Graciella Maiolatesi ‘15 was one of his most appreciative students.

“He was one of the most understanding professors I had at Denison. Math and science had always challenged me to the point where I would get anxiety attacks. Unlike teachers I’ve had in the past, Kevin was extremely kind and encouraged me to keep pushing myself,” she said.

Starting in the 1980’s, he’s taught at Barnard, Boston College, Northeastern, and more, but Harrison says Denison has brought him the most joy.

“They are the most eager, enthusiastic, curious and hardworking students I have encountered.”