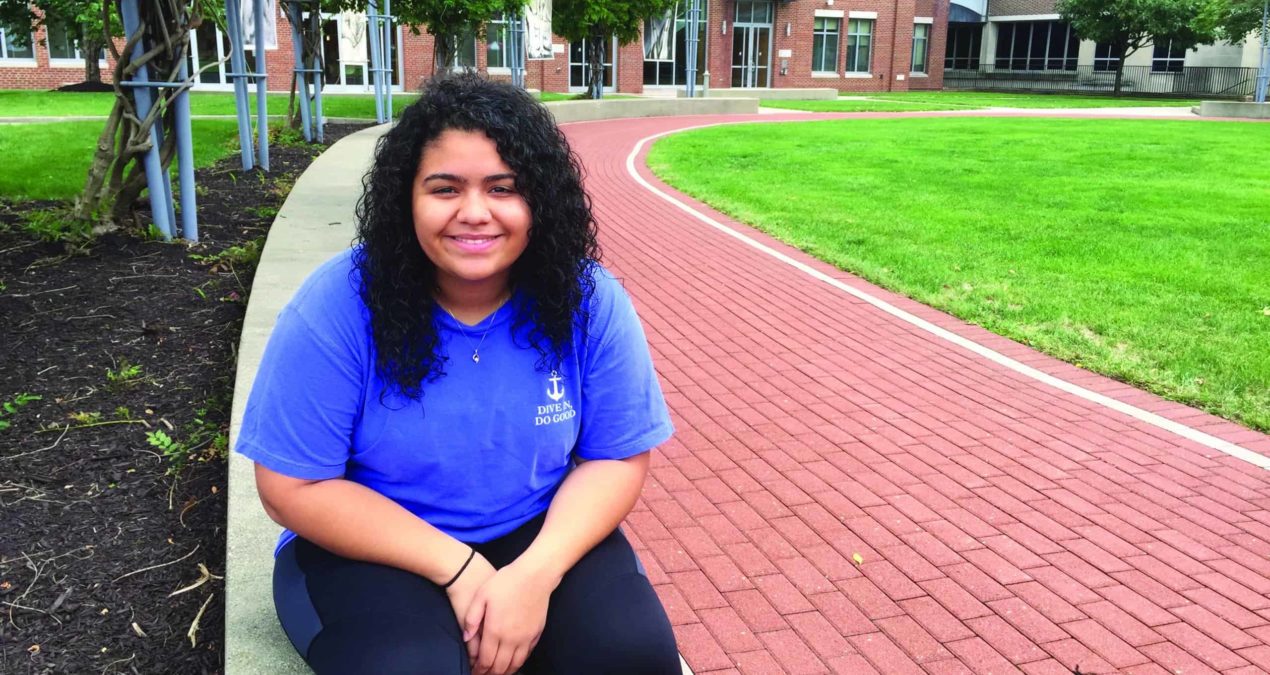 A girl trapped between two separate worlds. Unable to find common ground between distinct identities lead her to a time of confusion and doubt. After a summer of reflection, however, the division started to disappear.

Navigating through the murky waters to find what it means to be a feminist Latina, 19 year old Crystal Reyes ‘19 is proud of how far she’s come.

Growing up in a Hispanic family in New Jersey, Crystal heavily identified with her Dominican heritage that she loved. After her senior year of high school, however, she started to pushback on one aspect of that culture: gender roles.

“My family always promoted the idea that men would work and women took care of the household. It was an underlying value, but it was definitely there,” Reyes said.

In her final year of high school, the now sophomore discovered feminism, and it changed everything. “I felt like I had a seat above a stage. I was looking down onto a life that I no longer identified with. Once I found feminism there was a different way for me to look at everything.”

Crystal took Issues in Feminism during her first year at Denison and declared herself a Women and Gender Studies major on the spot. “Feminism acknowledges the whole person. It takes care of you. That’s why I love it,” said Reyes.

This past summer, Crystal was determined to bring these ideas into her own home. Reflecting back on the experience, Reyes acknowledges the initial complications.

“It was difficult  having conversations about gender and equality with my mom. We were discussing feminism in Spanish and some of these words don’t even exist in the language. If you’re trying to see gender on a spectrum that’s not really a conversation that can be had. I worked really hard in order to consolidate my ideas and understand them in you my own terms. Only then was I able to better articulate my values and how they relate back to me”

Crystal’s mother, Raisa, was her first role model. Raising Crystal and her now 9 year old sister, Raisel, Raisa put her life on hold to ensure her daughters had everything they needed. Raisa  was a feminist all along, even if she didn’t know it. Now, however, the ideas are more concrete; they have more weight.

With more than half of her college career ahead of her, Crystal’s excited to see what her future holds. She’s looking forward to studying abroad next year and plans on doing a comparative women’s gender analysis. “I want to travel to Europe and examine gender in another context. Then I can come back and compare my experiences abroad with those that I’ve had at Denison and in my Latina household. This way I can take a closer look at how gender changes depending on community.

As for now, however, Crystal is enjoying her time on the hill. “I’ve learned that I can defend what I want to be, but I can’t defend the person others want me to be. So whatever I’m passionate about I will work with that and be okay with it, Crystal said.

Be sure to stop and say hello whenever you see Crystal, she’ll be more than willing to share her story.

SHARE: Students working towards a safe and respectful campus