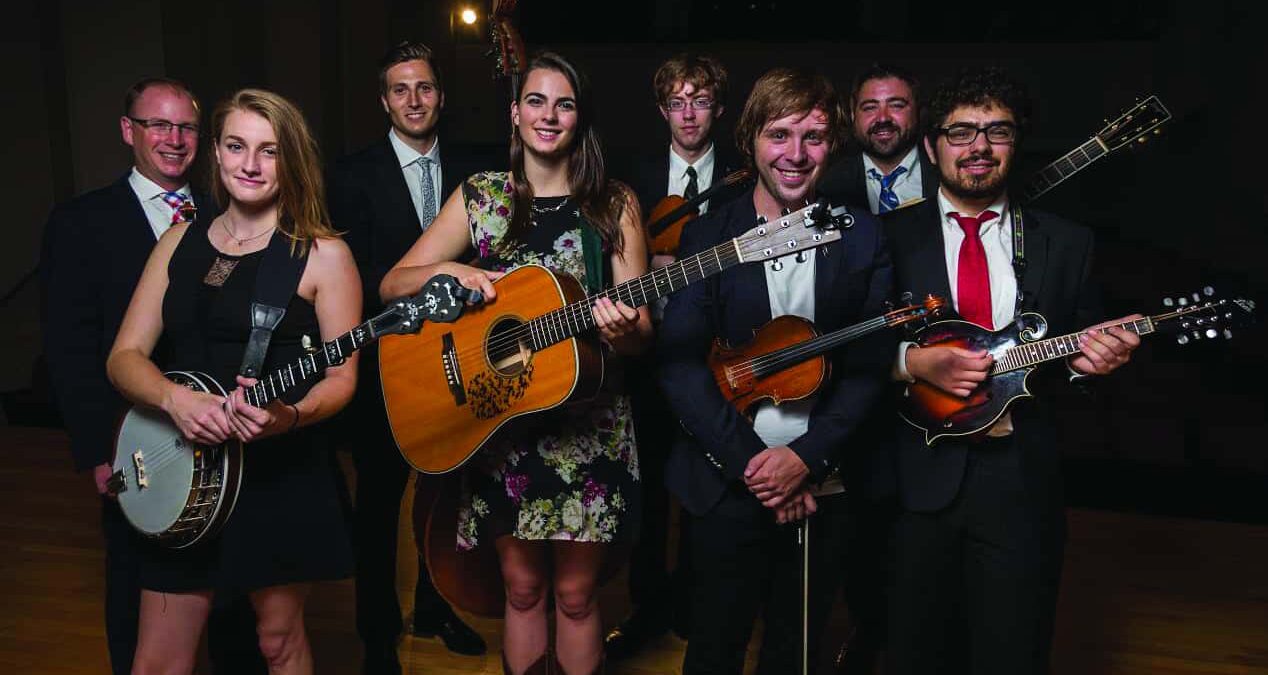 People may recognize Aidan VanSuetendael ’18 as the girl who is always walking around with the funny-looking instrument case. She’s broken two handles from traveling the country with that case (which now dons a makeshift-duct tape handle) and its contents represent a large portion of her life.

“What I like about banjo the most is it lets me play a genre of music that makes me feel connected to home,” said VanSuetendael. “I’m from Florida, but not the beaches and amusement parks part. I’m from the swamps and cow fields part of Florida. A lot of the songs we play here are songs I heard growing up.”

Contrary to what many people assume, bluegrass is a very new style of music. The first person to really bring it forward was Bill Monroe in the late 1940’s, who coined his band’s name Bill Monroe and the Bluegrass Boys. It morphed from traditional country to the faster paced, high lonesome sound common in contemporary bluegrass. The banjo is also much more prevalent.

VanSuetendael has not always been infatuated with the banjo, but has always had an interest in music. She started with piano at age 5, shifted to guitar at 12, and eventually came to banjo at age 17. In her hunt for colleges, VanSuetendael had two requirements.

“I was looking for a place with good chemistry and bluegrass programs, which really narrows it down,” VanSuetendael said. “I ended up getting recruited for bluegrass and Denison gave me a scholarship to play. We have a cutting edge program. I love it here.”

“Since I started playing with Aidan, I’ve seen her transform from a more timid player to someone who can really take charge of the stage,” Gilbert said. “She’s always had the skills, but she’s become stronger than ever over the past few years. In the bluegrass community, women don’t always get the representation they deserve and seeing Aidan be so confident about her performance and skills is really inspiring.”

VanSuetendael plays three-finger bluegrass style, which is also known as Scruggs style, named after Earl Scruggs who was innovative in this approach. The three-finger style has finger picks attached to the thumb, first, and middle finger. Another popular style is also the claw-hammer style, an older style that requires no picks and utilizes a strumming pattern.

“I can’t do that for the life of me,” said VanSuetendael. “I have friends that do it though, and it’s beautiful.”

As far as the future, VanSuetendael, a creative writing major with a bluegrass and chemistry minor, is pursuing what she loves.

“I’m thinking about going into songwriting and performing after college. It took me a long time to accept that because it’s not the most certain career path. It’s what I love the most, and I think it’s worth it.”

Meet your neighbor, her name is Mother Nature

A look into a mental health disorder: Trichotillomania