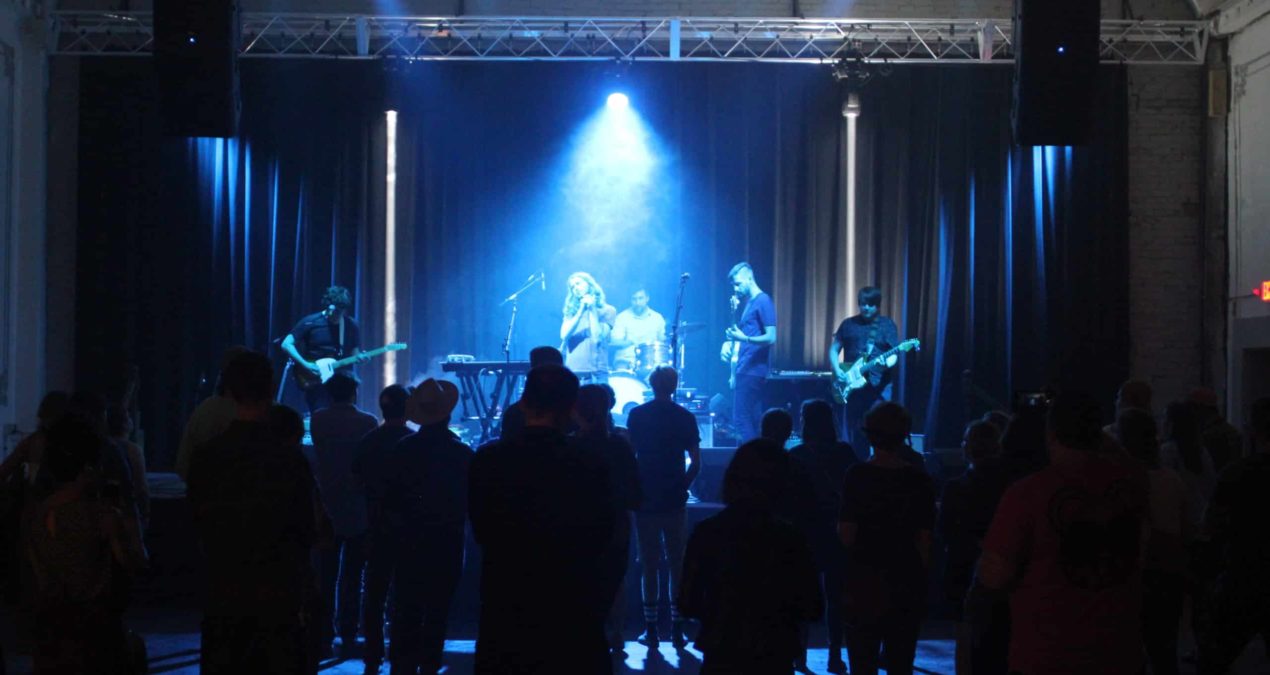 Thirty One West is the newest live music venue in Newark, Ohio. The venue will be bringing local and national artists, while collaborating and partnering with local restaurants, breweries, musicians and educators. The building, which was originally built in 1902, will be shared with Denison, Moe’s Original Bar B Que, Sage Yoga Studio and Little Arrows Play Café.

Concerts are held upstairs in The Ballroom, which has capacity for 500 when standing and 250 when seated. Downstairs from The Ballroom is a bar and lounge called the Bootlegger, which has a small stage for intimate performances, open mics and karaoke. The Bootlegger is open Tuesday through Sunday from 4 p.m. to midnight.

The first was Phil Cogley, aka The Saturday Giant. The alt-rock one-man-band performed all components of his songs on stage, from drums and backing tracks to guitar and vocals. He had the crowd dancing and bopping around with him to beats that he created on the spot. Cogley stuck around after his performance to talk to fans and sell merchandise, which included “Make Saturday Giant Again” hats.

The next opener was Playing to Vapors, another Columbus favorite. The five piece band self-describes themselves as “groove-based atmospheric rock.” They kept alive the upbeat vibe of The Saturday Giant as the crowd grew. Lucas Harris’ falsetto carried across heavy guitar progressions and percussion, creating an ambient rock sound that was incredibly unique.

Saintseneca, an indie folk group, closed out the show. As Zac Little, the group’s lead vocalist, sang his first few notes, a hush fell over the crowd. His voice pulled people in and set the crowd into a trance.  As the rest of the quintet joined in and the songs became more upbeat.

The night was a massive success. Groups were overheard saying, “I can’t believe this is Newark.”

Alessandra Cancalosi ’17 was among the Denison students to experience Thirty One West’s opening night.

“It’s an incredible addition to the Newark community. I was impressed by the variety and quality of the talent. It’s so cool that I can drive just ten minutes off campus and hear really, really great music,” Cancalosi said. “I wish this place had opened my freshman year.”

In a small town in Ohio, any new additions can make a splash. Denison’s radio station, 91.1 WDUB The Doobie, will be giving away free sets of tickets on their facebook page to see Korbee at the venue on Friday, Oct. 14th.