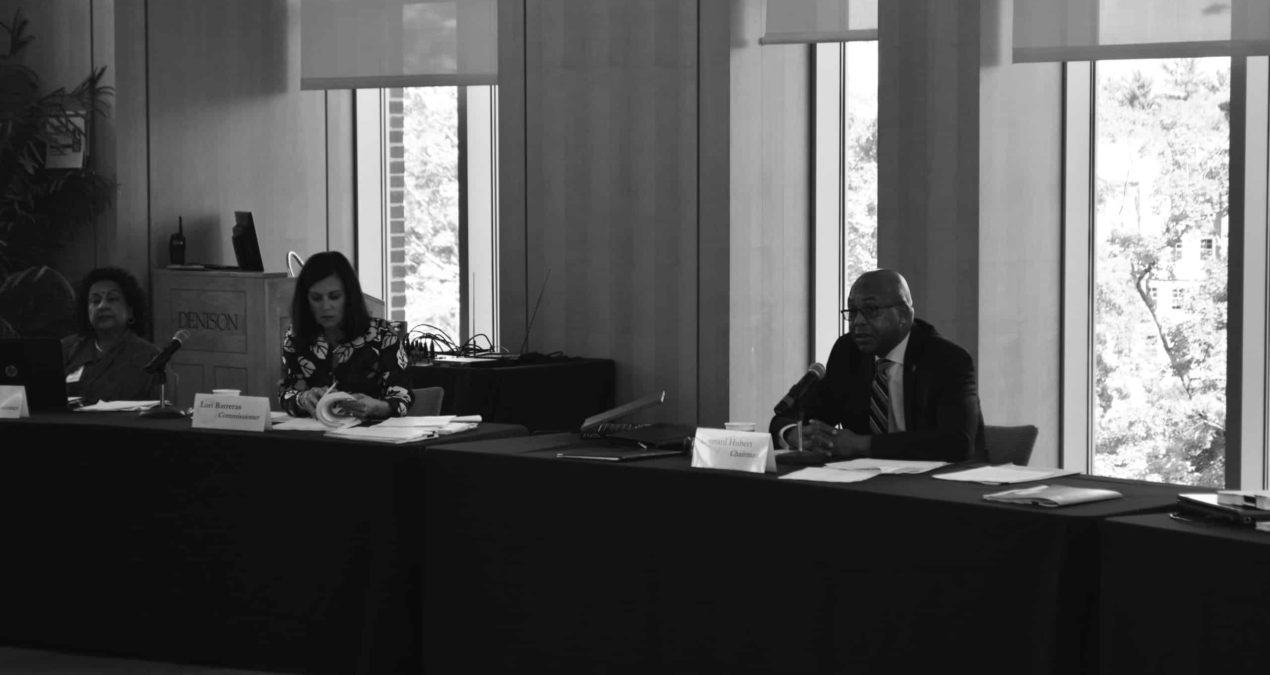 Seven cases were heard during the Ohio Civil Rights Commission’s Sept. 29 meeting in Knobel Hall, ranging from fair housing to employment discrimination claims. Of the cases heard, many were found to have “probable cause,” meaning that “it is more likely than not” that there was a violation.

“Probable cause” is different than a guilty or not guilty verdict in that the commission isn’t determining whether something did or did not happen; rather, it is a suggestion as to whether the charging party has enough evidence to pursue further legal action.

A finding of “no probable cause” does not, however, prevent parties from pursuing legal action.

“Parties always have the option of filing a private lawsuit or using the Commission process,” said Lori Anthony, of the Ohio Attorney General’s Office Civil Rights section. Anthony represents the Commission to the OAG office.

Of the five housing cases, three of them involved the same charging party and respondent (Fair Housing Advocates Assn., Jon Vencl & Carrie Burrer v. Hyde Park Condominium #2 Owner’s Association & Shonna Telley-Nitzel) and covered the same issue; the tenant’s (Vencl) girlfriend (Burrer) wanted to move in with her therapy animal assistant, which was prescribed by a doctor and was found to have probable cause for an unreasonable delay by a 4-1 decision.

Randi & Kirk Ray v. Randy Brinker, et al. was filed as a result of racial harassment by Brinker, the Ray’s landlord. Brinker was arrested multiple times for yelling racial epithets and slurs at the Ray family, both on and off of private property.

Thursday’s hearing dealt with objections to the recommendation; Brinker filed an objection stating that there were no witnesses and that the damages were unreasonable, while the Attorney General’s Office filed a motion to award damages to the Ray’s minor daughter, Curtissa.

Denison alumna Mary Turocy ‘05, who works for the Commission and persuaded them to have their meeting at Denison, worked for the Ohio legislature for seven years as a researcher and then moved to Disability Rights Ohio before her work with the Commission. Turocy is the director of public affairs and civic engagement.“Education and outreach is one of my responsibilities,” said Turocy.

“There was a meeting here two years ago, before I started at the commission, and hardly anyone came. Everyone was like, ‘It’s at Denison, we have to make sure people come this time!’ We had great attendance, people were really engaged, and I think our cases today were a great illustration of what we do.”

Future meetings are on Oct. 27, Nov. 17 and Dec. 15 at the Rhodes State Office Tower in Columbus.

Make a Difference Day at Denison