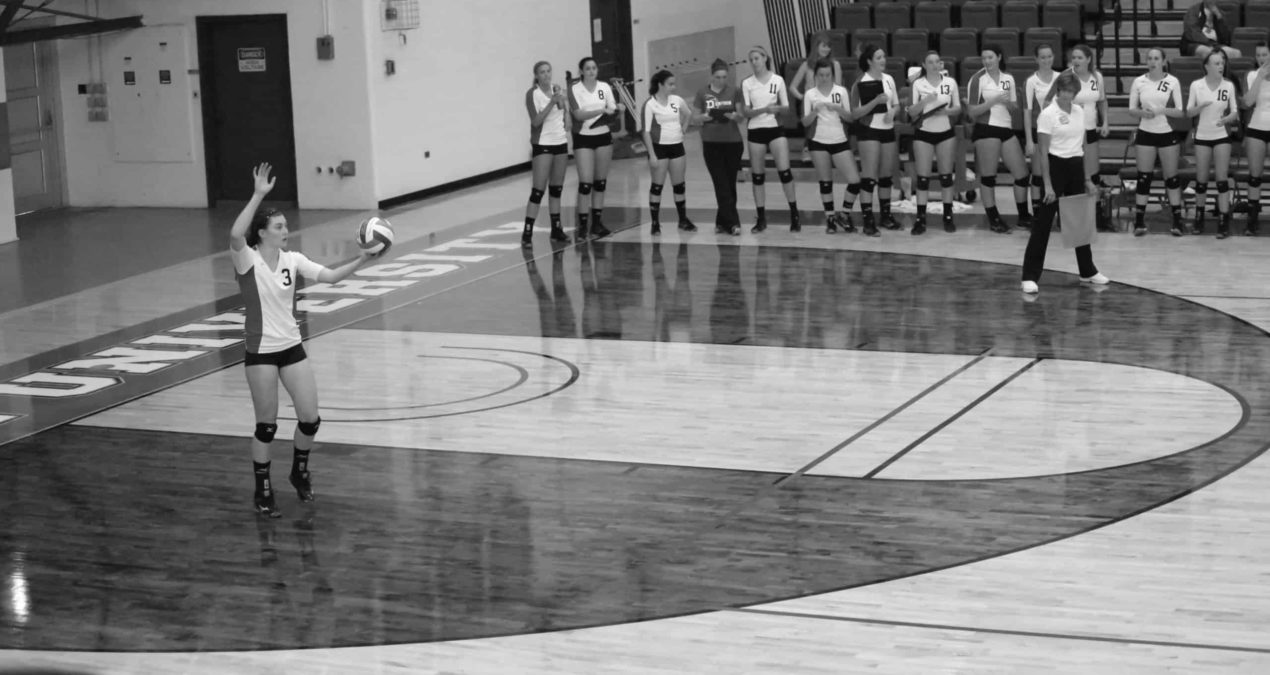 As Denison Volleyball geared up for Wittenberg this past Thursday, they knew this game would be one of the hardest of the season. Unfortunately, despite the hard work from the Big Red, Denison fell short to Wittenberg in 3-1 game. Despite the loss, the night was full of celebration as Kristin Thewes ‘18 earned her 1,000th dig.

Coming off a big win against Kenyon last week, the volleyball team put up a hard fight. Winning the first set 25-23, Denison challenged Wittenberg for the next three sets. While Denison never took back control of the game, Wittenberg did not win easily as Denison made a couple comeback attempts.

The team played with two starting outside hitters out with injuries and a revised rotation, proving how adaptable this team is on the court.  Early in the game Rachele Lock ‘19 suffered from an injury to her ankle and was taken out of the game. However, the lack of starters allowed Denison to show off their deep bench. The team was unphased by the change in lineup and continued to play their hardest.

“[After the injury] I was frustrated because it was a high intense game. I just wanted to get back out there,” Lock said about her ankle. “I’m in a boot to keep the pressure off the ankle. I should be back next week if I rehab properly.”

Hoping to get back on a win streak, DUVB took on Bluffton the next day. The Big Red kept the score close the entire game, but still fell short in another 3-1 loss. However, the team’s spirits are not wavering and the girls hope to reflect on these losses. As they move on, Denison Volleyball hopes to use these games to prepare for post-season.

“The game was great, I thought we played very well without some of our main players. I think we can show them up in the conference tournament at the end of the year,” Carly Newell ‘17 said about the Wittenberg game.

The weekend was still exciting as the team celebrated Thewes and her milestone as libero. As a junior, earning her 1,000 dig is an impressive accomplishment that should not be overlooked. The team presented her with a special ball to commemorate her achievement.

After the rollercoaster of a weekend, the team is only pushing forward. With the conference tournament a few weeks away, Denison Volleyball is sure to have a healthy team to play. Lock even taped up her ankle and played through the injury against Bluffton, showing how resilience and dedicated this team is to the sport.

The Denison Volleyball teams hosts Muskingum Wednesday, October 5 and travels to Hiram Saturday, October 8. The team has a series of home conference games this October.