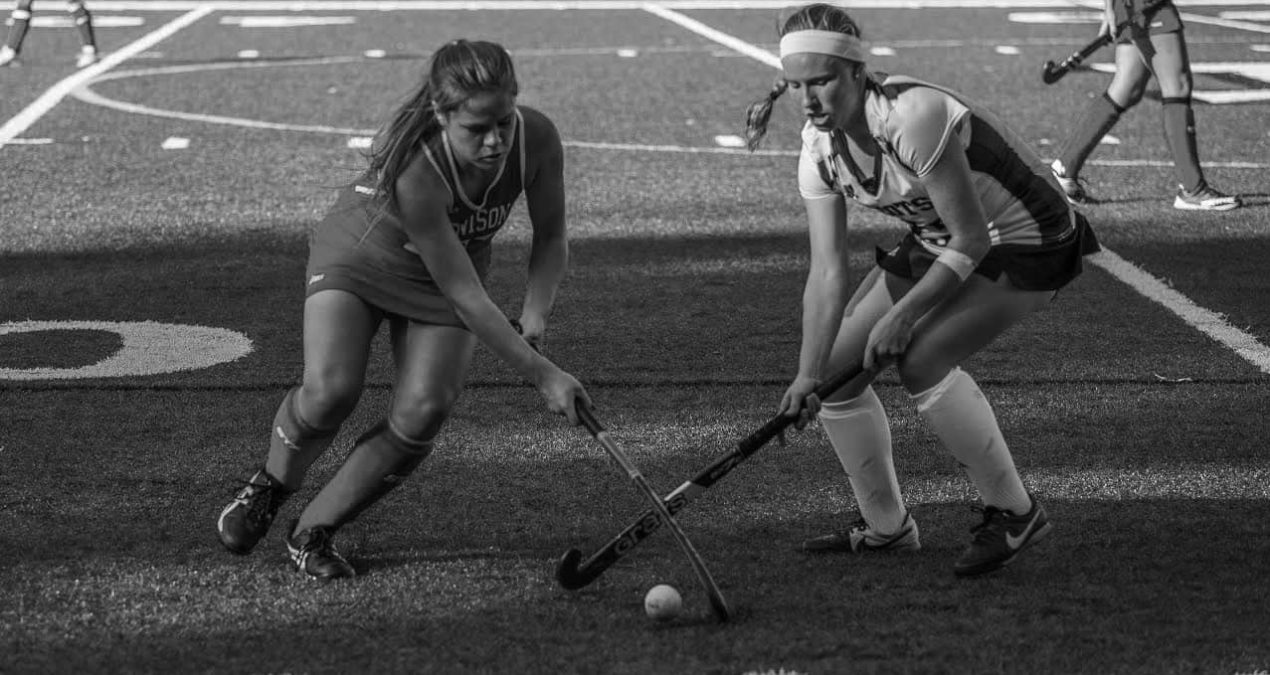 Last Saturday the women’s field hockey team faced Ohio Wesleyan University for the second time this season. With a large home crowd and a playing for a good cause, the Big Red took a 4-1 win over the Bishops.

The team played to raise awareness and funds for pediatric cancer. The Big Red honored their impact player Allie Norman by raising money for Goal 4 the Goal. The foundation helps kids with cancer achieve and fulfill their goals. The team also raised money and helped “Make-A-Wish” for Trinity, a local New Albany field hockey player who was recently declared cancer free. Overall the team raised about a $1,000.

With OWU defenders pressed up against Denison’s offense, it wasn’t until 10 minutes into the first half when Charlotte Happel ‘20 was able to make the first goal of the game.

Happel scored the Big Red’s second goal of the game with an assist from Abby Martone ‘17.

Denison was up at the half 2-0. When the second half started Lucy Pearsall ‘19 came out in full force for an unassisted goal, advancing the Big Red 3-0.

Shortly after her goal, Pearsall passed the ball to Melissa Hoey ‘18 for the shot. Pearsall’s assist for Hoey’s goal gave the Big Red a 4-0 cushion for the rest of the game.

The Big Red showed off both their offensive and defensive skills against the Bishops.

“Offense did a great job working the ball up the field and took advantage of shooting opportunities,” Kirsten Audette ‘18 said.

“We did a great job moving the ball up the field and maintaining possession,” Jane Higley ‘18 said. “We maintained high intensity throughout the game.”

As the game was nearing completion, an Ohio Wesleyan shot was successful, and the game ended 4-1. After beating the Battling Bishops, Denison has an 11-3 overall record and is 8-2 in league.

Denison will play Earlham College and DePauw University over the fall break weekend.