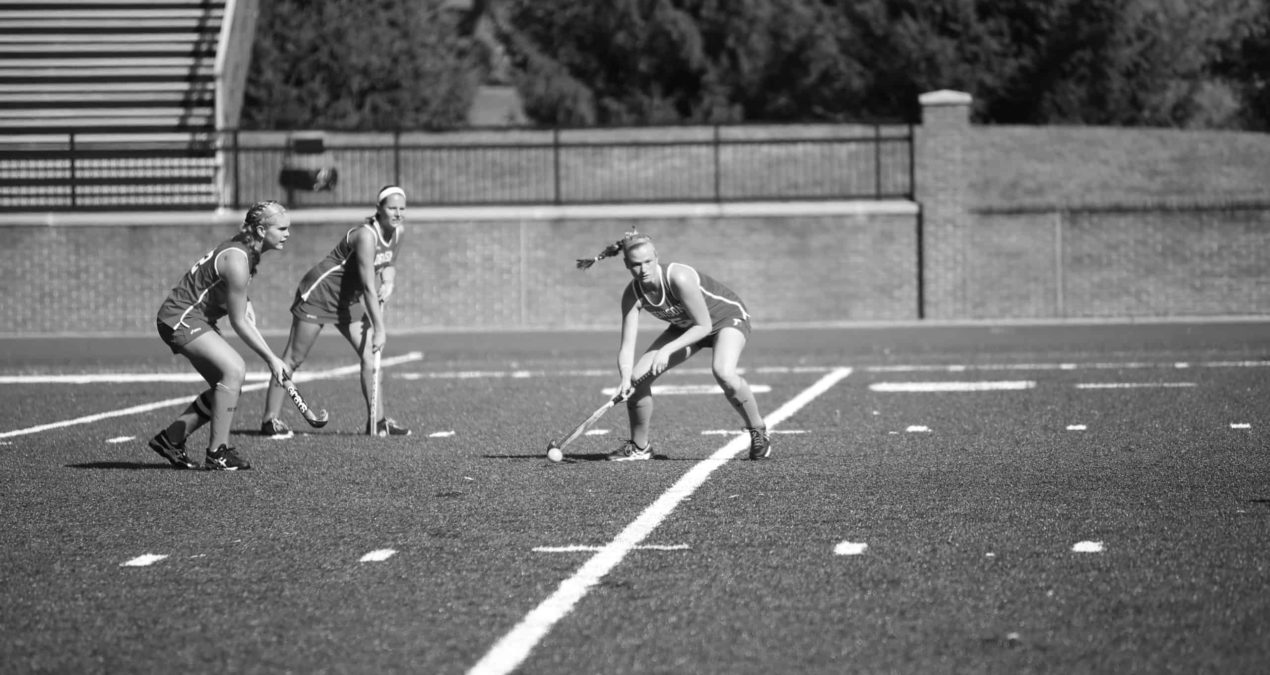 Field hockey came out victorious after defeating the College of Wooster 4-0 on October 5. Denison moves to a 9-3 overall record and is 6-2 in NCAC play.

Denison’s tough defense and aggressive offense throughout the match led the Big Red to take 15 shots compared to the nine shots that came from the Fighting Scots.

Alyssa Bahel ‘19 handed the ball off to Jen Durbin ‘18 to score the second goal of the game with minutes remaining in the half. The half ended with a 2-0 Denison lead.

The Big Red utilized their playing field for their third goal at the start of the second half. Charlotte Happel ‘20 scored off the assist from Durbin.

Wooster picked up speed in the second half of the match, but could not execute any of their shots.

Defensive midfielder Emily Marlatt ‘18 said that the team worked well together and capitalized on scoring opportunities.

“We were able to shut down their two main shooters,” Kirsten Audette ‘18 said.

Ellen Westfall ‘19 lead the Big Red with seven saves in goal. So far this season, Westfall has tallied a total of 44 saves for Denison. She was recently named NCAC Player of the Week after two shutout games against Oberlin College and Kenyon College last week.

The fourth and final goal of the game occured toward the end of the match when Martone passed the ball to Tori Rapillo ‘18 for the shot.

Denison will travel to Wittenberg University this Thursday. Earlier this season when the Big Red and Wittenberg faced each other, Denison loss 2-1 in overtime. After returning from Wittenberg, the team will have three back to back home games.

The team has been working hard and are focused on beating the Wittenberg Tigers.

“[We are] looking at what we did in the game last time we played them that might of influence why we lost and are trying to fix that,” Audette said.