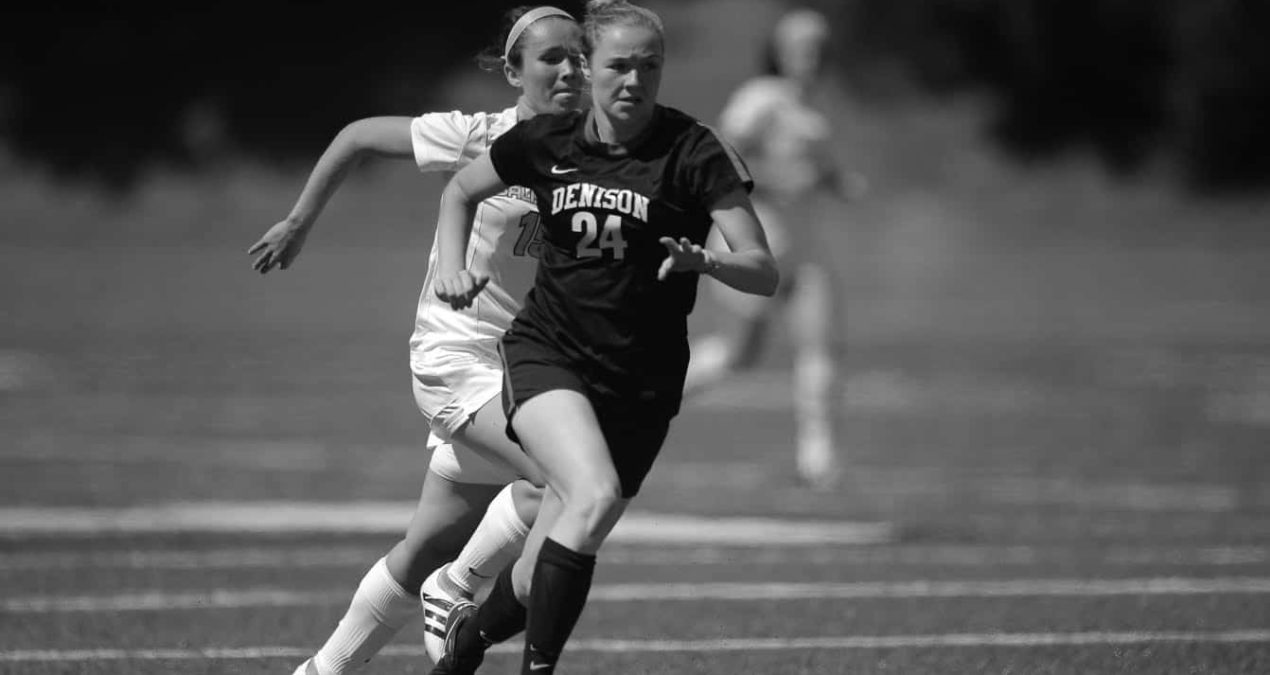 Grace Murray ‘18 claimed the title as the NCAC Player of the Week for women’s soccer. Canaan Gebele ‘19 took the name for football and Anne Miller ‘17 for women’s golf.

Murray was recognized after scoring the game winning goal against Allegheny. The forward has added five goals and two assists for the Big Red this season.

“Being named NCAC Player of the Week feels great. Especially since I’m the second on the team to receive this honor this season (Jacquie Graham was the first),” Murray said “I think that’s just a testament to the quality of the team as a whole. We push, work for, and support each other and that creates a conducive environment for success.”

Murray along with her teammates prepped long and hard for a successful season. The Big Red are 3-0 in NCAC play.

“We went to Italy as a team over the summer and played some great teams while we were abroad. We had so much fun reuniting and playing with each other that those good vibes followed us back to the Hill and we’ve been having fun ever since,” Murray said.

This is the second time Gebele ‘19 has been recognized as the NCAC player of the week this season. Big Red’s starting quarterback has helped Denison go 6-0.

Gebele said he prepared for this season during the summer when he “lifted, ran, watched film, threw with some high school friends who are still playing, worked out at the Quarterback Factory, instructed back at my high school at camps and ate plenty of momma’s cooking.”

Gebele has completed 135 throws for 191 yards for 11 touchdowns. Football is very much a team sport, and he would not have accomplished anything like beating Wittenberg University 24-21 on Saturday if it weren’t for his teammates.

“If Cody and David Carter aren’t a running threat, I can’t run. If CJ, David Weimer, Shack, Charlie, Richie, Ryan or any of the other receivers don’t rip the ball out of the air, we have incomplete passes. If the defense doesn’t give us the ball back, offense sits idle,” Gebele said. “That NCAC award is an honor but it’s on this entire team, the senior leadership, the coaches, and our ability to work as a Big Red unit.”

Miller was named NCAC Player of the Week after helping Denison retain their back-to-back tournament champion title. The Big Red placed first at the Eva Shorb Weiskopf Invitational and the Yellow Jacket Invitational.

Miller has been recognized three times as the NCAC Player of the Week.

Murray, Gebele and Miller are just a few examples of the athletic ability at Denison University. Athletes from men’s soccer, women’s volleyball and field hockey have also been recognized as NCAC Player of the Week.