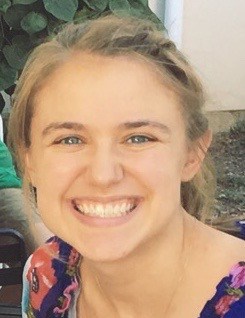 A response to “Student preformance relates to current racial issues”

The title of Lariona Jacobs’ review of Denison’s first main stage production, August Wilson’s The Piano Lesson, implies that Jacobs will discuss the current racial issues this play raises. Yet, any discussion of these racial issues remains as vague as the title. As assistant director of The Piano Lesson, I recognize my biases when reading the review. However, I believe that if Jacobs sets up her review to contextualize the performance within a broader cultural frame, she needs to go beyond summative comments about how the play challenges stereotypes about black culture.

The central idea of Jacobs’ review seems to come at the end, when she quotes Jesse Williams: “Just because we’re magic doesn’t mean we’re not real.” Given the rest of her article, it would seem like she is referring to the realities of black experience that the play presents. However, because she doesn’t explain this quote, I’m confused about how it connects to her next concept, “black magic,” and how that concept relates to the play’s presentation of “the struggles, obstacles, and hardships [her] ancestors faced.”

I understand “black magic” to be an active conjuring of evil spirits to harm others. I believe the magic in The Piano Lesson aligns more with the general supernatural understanding of slave society. Maura McNamara writes in her essay, “Magic and the Supernatural in the African American Slave Culture and Society” that African American slaves believed that “flying spirits,” such as ghosts and ancestors, could interfere in human life. They believed that if they maintained their family traditions, their ancestors might help them in their earthly struggles. This relationship gave slaves spiritual empowerment, as Berniece demonstrates when she plays the piano at the end of the play.

Despite all the magic talked about in the play, Berniece is the only character who conjures spirits. She plays the piano to drive away Sutter’s ghost. Significantly, Sutter is a descendent of the man who used to own Berniece’s ancestors as slaves. Since my understanding of “black magic” implies an intentional conjurance, this would have to be the moment that Jacobs refers to if she is employing my same understanding of black magic. Therefore, Berniece would have to be conjuring evil spirits to harm Sutter’s ghost. The magic embodied in Sutter’s ghost and the Charles ancestors certainly emphasize the historical struggles that the Charles family has faced. However, to specify the magic in the play as “black magic” seems to darken what I believe reflects the resilience of the black community.

I want to close by emphasizing that I welcome any analysis and/or critique of the play itself, or our production of it. I’m excited by the reception the show received at Denison, and the conversations it has sparked. However, if Jacobs was trying to imply an alternative definition of “black magic,” particularly in response to Jesse Williams, that was unclear from her review and something I would be interested in reading. I ask that anyone who raises questions about the contextual significance of a play, digs more deeply into what they believe the play implies. It is the only way we can continue to challenge the stereotypes we regard as truth.

Megan Lovely ‘19 is a theatre major with a double minor in English literature and communications from Lowell, Massachusetts.

Drop everything and listen to Billie Eilish

Our campus’ relationship with alcohol