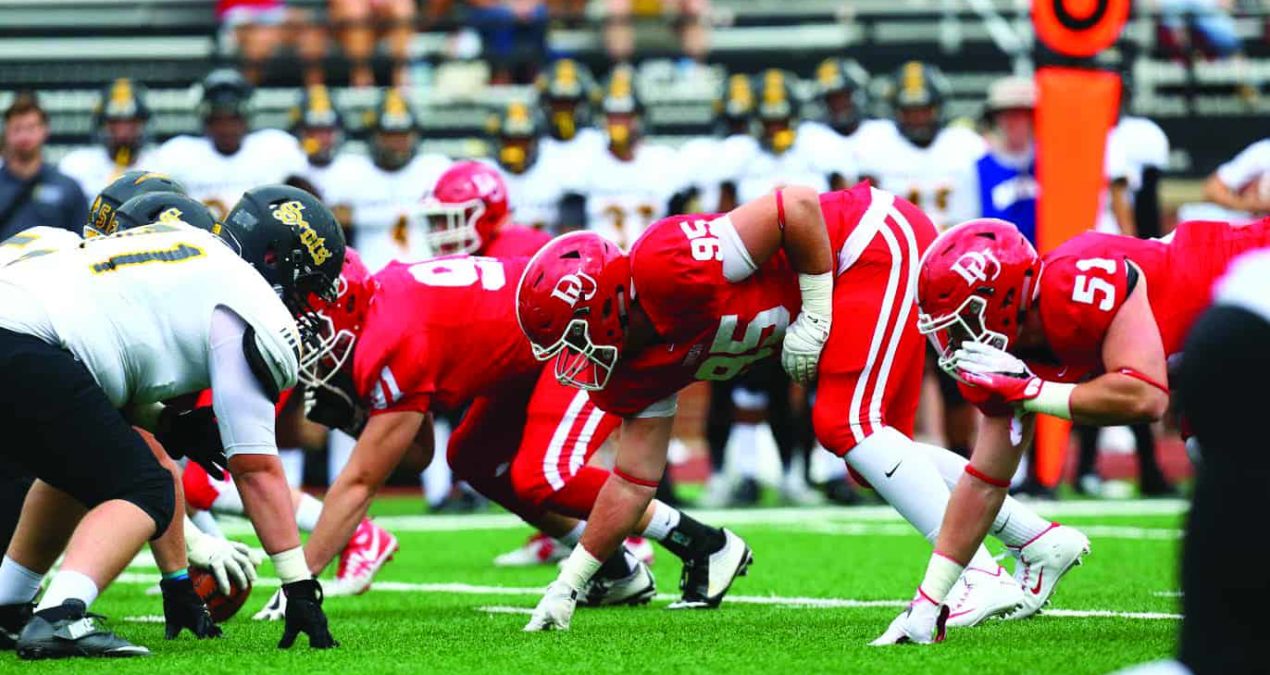 With 5.3 seconds on the clock and the Big Red down by eight, Canaan Gebele jogs to the sideline to get his helmet adjusted.  It came off on the previous play.

The NCAA rule is that a player must sit out one play before re-entering. But head coach Jack Hatem thought quickly, using his final timeout so Gebele ‘19 could re-enter for the game’s final play.

The Big Red were on the Wabash 17 yard line, having driven from their own 34 in just 37 seconds following a Little Giants safety and recovered onside free kick.

On the final play, with an opportunity to potentially tie the game, Gebele dropped back. He saw Ryan Roberts ‘18 in the back of the end zone. In double coverage, Roberts hit the turf and the pass sailed high.

And with that pass, over two thousand Denison supporters exhaled disappointedly, knowing their dream season had all but come to an end.

The Big Red came close to climbing out of a hole they dug for themselves in the game’s earliest minutes, with two turnovers on their first three offensive plays gifting 14 points to the Little Giants.

Those two turnovers would be joined by three more, leading to a 22-14 defeat. Though a strong 7-2 overall and 6-2 in conference, the Big Red no longer control their own destiny. For the first time this season, they are not atop the NCAC standings.

But that should not take away from the festivities of the senior day matchup. All 18 members of the football senior class, along with team manager Bethany Mark ‘17, were honored prior to the game. For Alex Mackin ‘17, a special teams savant who leads the team onto the field waving an American flag, this was a sentimental weekend.

“The opening kickoff of every game is exciting and running down to make tackles on special teams will definitely be one of the things I miss most about playing football,” Mackin said. “Playing four years of college football is a journey and the last opportunity to play on Deeds Field is the culmination of it all. It’s a day you think about a lot over the course of your four years but you’re never truly ready when the day comes.”

Despite the senior day setback, the Big Red are only looking forward. They will close out the regular season this Saturday at Kenyon. With a win, Denison will finish 8-2, the best team record since 1986. It would also mark the ninth season in program history of eight-plus wins, a rare feat for a program that began play in 1889.

“Even with the hope of a playoff bid out of the equation, we still have an important game this week at Kenyon,” Zach Dobbins ‘17 said. “We are looking to end a great season on a high note.”

Kickoff is scheduled for 1 p.m. from Gambier, Ohio.