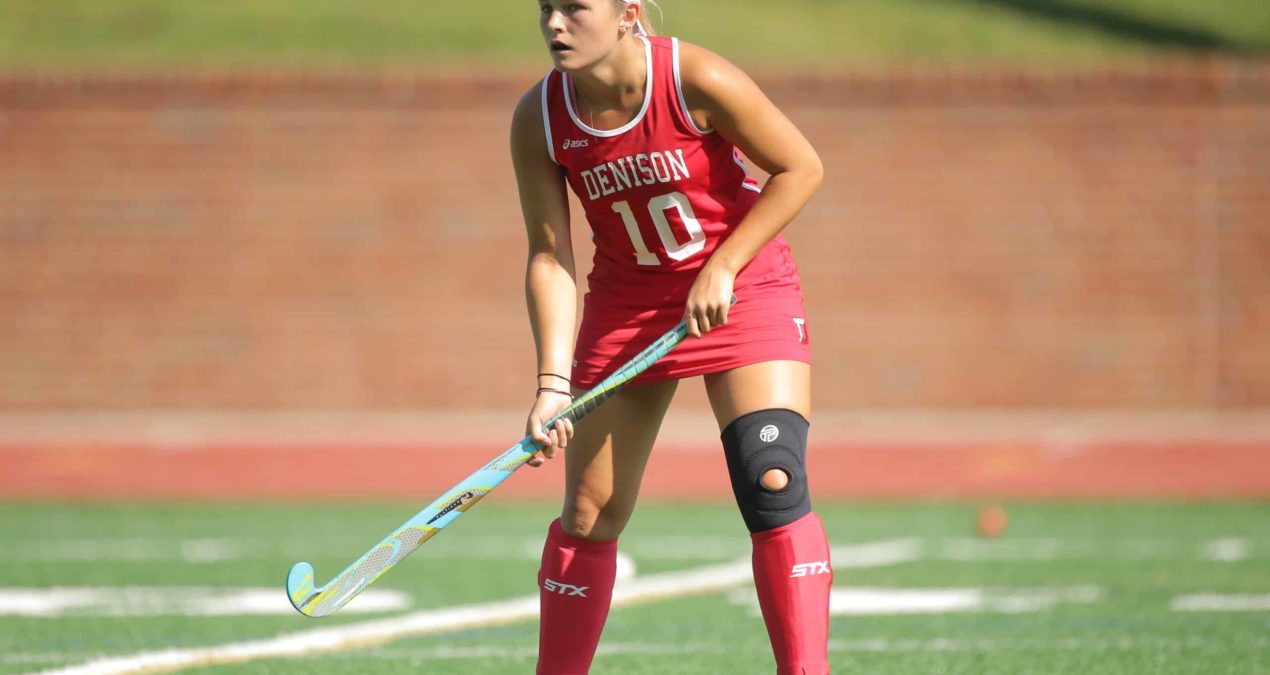 The Big Red ended their regular season play after facing the Kenyon Ladies last Saturday for a 2-1 victory. The win, clinched Denison as the number two seed going into the North Coast Athletic Conference Tournament.

After losing twice to Kenyon last year, the Big Red has come back full force this season for their second victory against the Ladies.

Denison shot four times and Kenyon attempted one goal during the first half, but neither team was successful.

With a score of 0-0, going into the second half both teams picked up their offense.

A minute into the first half Jen Durbin ‘18 scored Denison’s first goal from an assist from Charlotte Happel ‘20.

The Ladies responded in full force attempting four back to back shots on the Big Red. Ellen Westfall ‘19 stopped all four as well as three additional shots later in the half.

With about five minutes left in the match, Kenyon tied the game up 1-1.

As the clock ticked down, Denison was awarded a penalty corner. Durbin passed the ball to Happel who launched it to Lucy Pearsall ‘19. With less than 20 seconds left in the match, Pearsall’s goal gave Denison the 2-1 victory the team needed going into the NCAC tournament.

Although Kenyon outshot Denison, the Big Red out performed defensively in saves.

“As a team we did a good job remaining poised over the ball and making smart decisions with our passing, which helped us to control the game and work the ball up the field,” Durbin said.

This important victory helped the Big Red set the tone for the NCAC tournament this week.

“In preparing for the tournament we are focusing on basics so that we can play to the best of our ability and control the pace of the game,” Durbin said.

The Big Red have a 14-4 overall record this season and finishes NCAC play 11-3. Denison will face the Kenyon Ladies at home again, tomorrow for the NCAC tournament semifinals.

Denison football has a wild couple of games