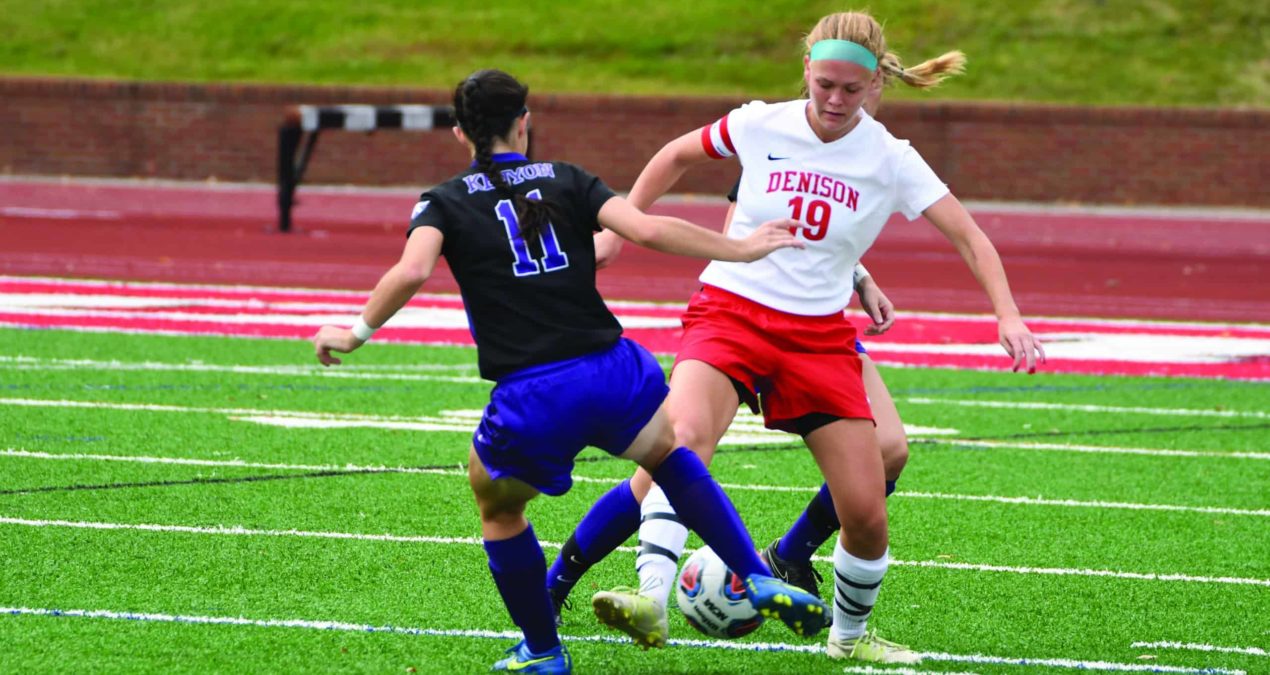 The Denison women’s soccer team celebrated Senior Day on Saturday, playing against Oberlin. With a large student section and supportive parents, the Big Red truly honored their eight seniors prior to their 2-1 loss.

Denison started off the game working extremely hard by dominating on the offensive end. The Big Red shot the ball 10 times compared to Oberlin’s two attempts during the first half. Approximately 30 minutes into the game, sophomore Madison Smith ‘19 made an impeccable move away from the defense and scored a goal off the crossbar.

The Big Red possessed the ball on the offensive end and shot numerous times, however could not sink another goal. With only a few minutes left in the first half, Oberlin passed the ball to their forward Gwennie Gardner, who tied the score at 1-1.

Denison came out the second half aggressive and determined to take the lead. D.U. shot 12 times while Oberlin only had 2 attempts at goal during the half.

Capitalizing on every offensive play, Oberlin forced a turnover resulting in a breakaway goal to take the lead with only 10 minutes left to go.

Despite the loss, Denison had a great year ending second in the NCAC with an overall record of 8-5-4.

The team felt overjoyed and blissful when reflecting on their huge accomplishments this season.

“It has been a fun journey,” Ashlyn Flaherty ‘17 said.  “Competing on my Senior Day felt a bit surreal and it’s hard to handle that my games of playing soccer are numbered.  We have one more home game on Wednesday so that’s when it may all hit me.  However, I think after this tough loss we are all ready to leave it out on the field and beat DePauw one more time.

Next, Denison will face DePauw on Wednesday, November 2nd for the Conference Semi-Finals.

The team is excited to show off their abilities during playoffs.

“We’re really looking forward to hosting DePauw, we played them in the finals last year,” Smith said. “It will be a really competitive game but we’re ready to put the work in.”