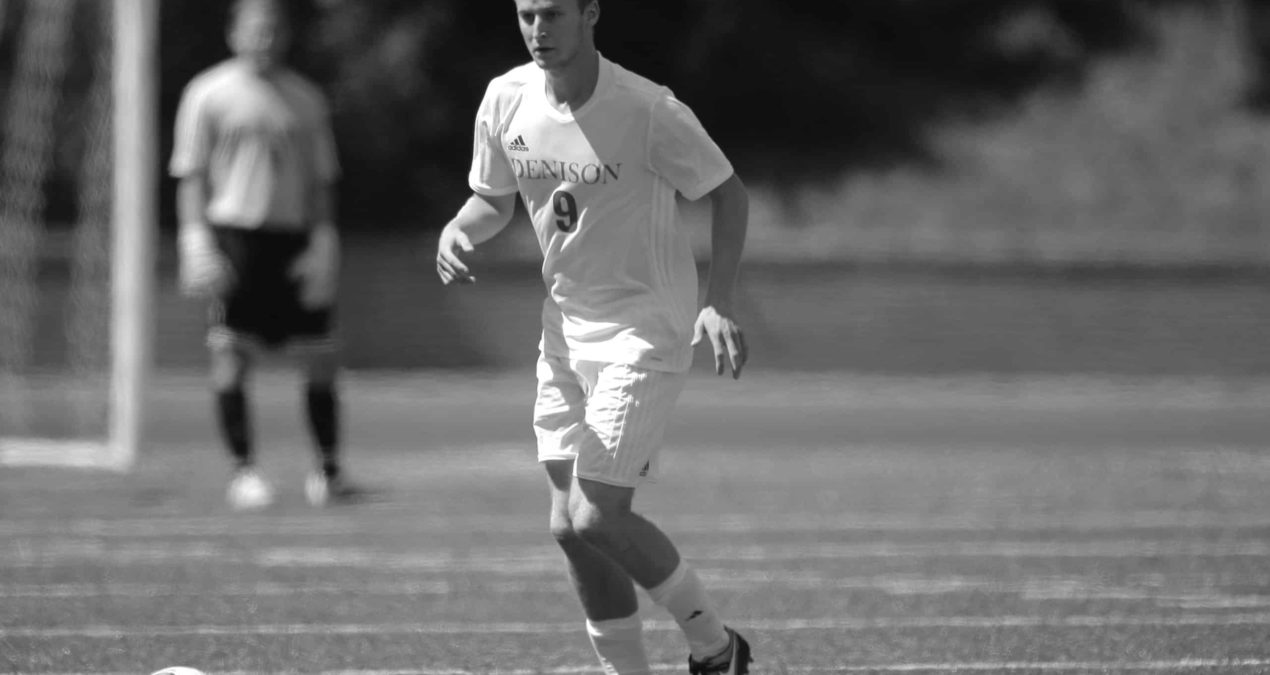 Paradigms are important in sports.

Breaking them can bring a nation of fans to their feet, like those of Cleveland and Chicago in this year’s World Series.

Falling prey to negative ones, however, can be tough to watch.  The Denison men’s soccer team was unable to break theirs this season, even in their final match against Oberlin last Saturday.

The offense was plagued by inconsistency all season long.  Their passing would create a fair number of chances, but their execution was poor.  The team finished their season averaging less than two goals a game on nearly 15 shots.

“I just think it comes down to executing the game plan for the entire game,” and “more fluidity in the attack would help us create more scoring opportunities.”

Often they would start strong in the first half and lose steam over the rest of the match.  On Saturday, it only took sophomore attacker Luis Zamora 20 minutes to sneak past the Yeomen defense and break the scoreless tie.

It would take about 18 minutes before the season’s pattern emerged once again. A tap in goal for Oberlin off of a missed shot equalized the score and, like clockwork, their offense kicked into gear.

They scored two goals relatively early in the second half, which set them out of reach for the Big Red.  Denison sophomore Christian Keiper’s goal in 76th minute was still not enough to rally the offense, leaving them to a 3-2 loss away from home.

Keiper maintained a positive outlook on the team’s effort this season and was happy with his effort.

“This season I think I improved my speed of play, and became more comfortable with taking defenders on and getting my shots off quicker,” Keiper said.

“After playing with the seniors from this year, I realized just how quickly your 4 years go by here at Denison. After watching them walk off the field for the last time at Oberlin, it made me realize how much you have to cherish the time you have left.”

On that note, the team will return to the hill for a cold Granville winter, and will wait for fall to bring another kickoff.