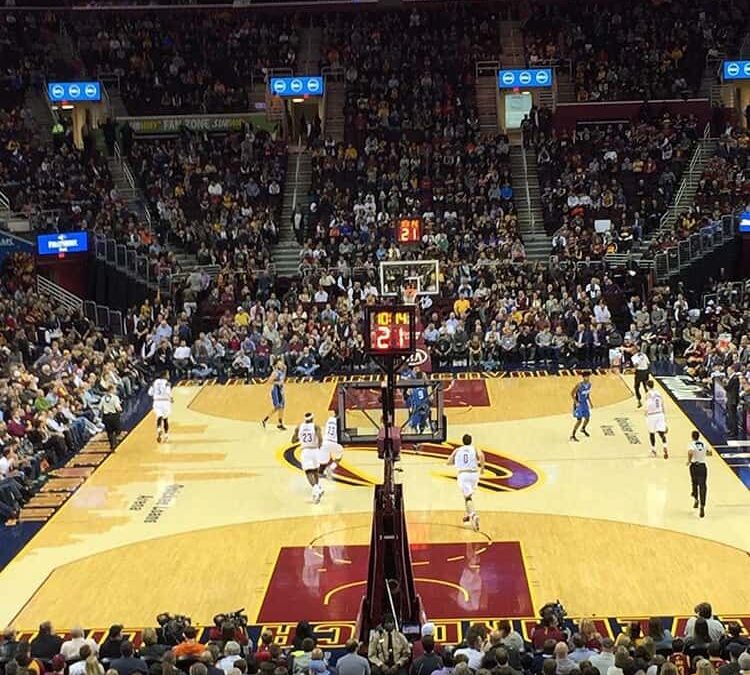 The setting is a scene out of a movie.  Two incredible basketball teams with two incredible stories.  In another lifetime, the Cleveland Cavaliers and the Golden State Warriors could have been friendly, but not this lifetime.  A rivalry that seems to have been recently born will clash soon, as the two teams will play on Christmas Day, and it’s a gift to every basketball fan.

These two unique teams may be the best the National Basketball Association has seen in awhile.  Both teams have their stars but equally rely on a deep bench to win games.  So why should you be excited about this game?

The Warriors are a dominating team.  They  ended last season with the best record in NBA history.  Their team consists of powerhouse players, and they just acquired another one in Kevin Durant. No team in the west will come close to winning the conference over the Warriors.

Meanwhile, the Cavaliers control the eastern side of the conference.  Finally breaking Cleveland’s championship drought, the Cavs are on a roll.  Energy is high after their recovering from a 3-1 deficit in the NBA Finals.

I do not have to tell you that the Warriors or Cavaliers are good teams.  This game is born out of a fight to be the best.  The past NBA Finals between these two teams were one of the dirtiest in terms of behavior towards each other.

Basketball is a simple sport.  Get the ball to the hoop.  Yet these teams manage to make what happens in between start to finish a national discussion. This basketball gets thousands of people to watch parties, change history, and bubble excitement for the future.

Currently, the Cavs and Warriors lead their two conferences.  The finals have not been forgotten.  The Warriors want to prove they are still the best, while the Cavs are defending their title.  This is the first time these two teams will meet this year.

And everyone is watching.

DU DIVES IN: Men, women compete against OSU and Albion