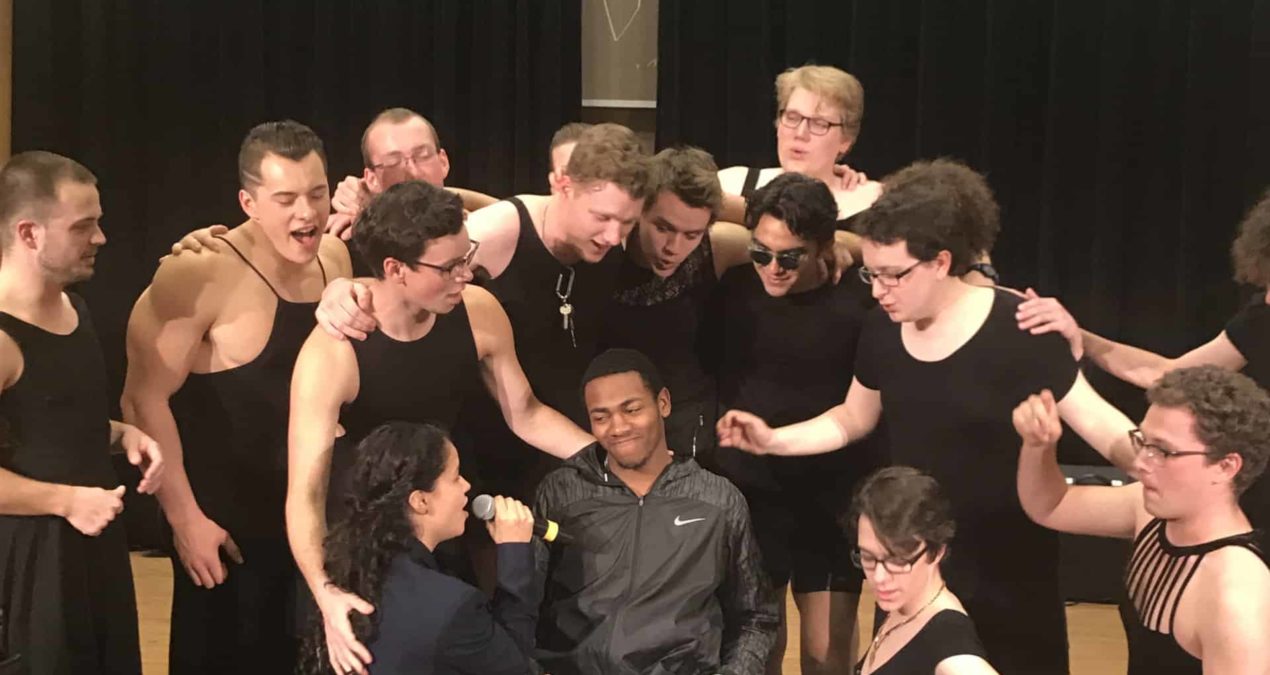 Men in black dresses and women in the classic Hilltopper jacket. Oh, what a sight for Denison students!

Not only did they switch songs, but they switched outfits as well. The women of LNO put on the Hilltopper’s jackets while the guys dressed up in an array of LNO’s black dresses. The crowd got more than they bargained for to say the least.

The concert highlights the seniors by giving each of them a solo, so the crowd got to hear from a variety of singers and styles.

At every Hilltopper concert, one lucky lady is serenaded by the group to the song “Only You” by Yaz. At this concert, the women of LNO accompanied Janyce Caraballo ‘17 while she serenaded William LaGrone ’20. Rosalie Good ’17 really enjoys the tradition.

“So switcheroo is a Hilltopper/LNO tradition that gives the Hilltoppers a reason to wear dresses. We don’t get to sing together very often and we switch soloists so it’s not the same as just watching one of our concerts separately. We always hope the audience enjoys it but at the end of the day, it’s a ton of fun for our two groups to do something different and make fun of ourselves a little bit,” said Good.

LNO usually sings “Kind & Generous” by Natalie Merchant as their closing song. The Hilltoppers’ Hunter Janness ‘17 was given the honor for this concert. LNO will have their senior concert on Saturday, April 15.

Keep an eye out for the date of their Virgin concert too, as it will be coming up soon. The Hilltoppers will sing again on Sunday, April 9 at 7 p.m. in Swasey Chapel.