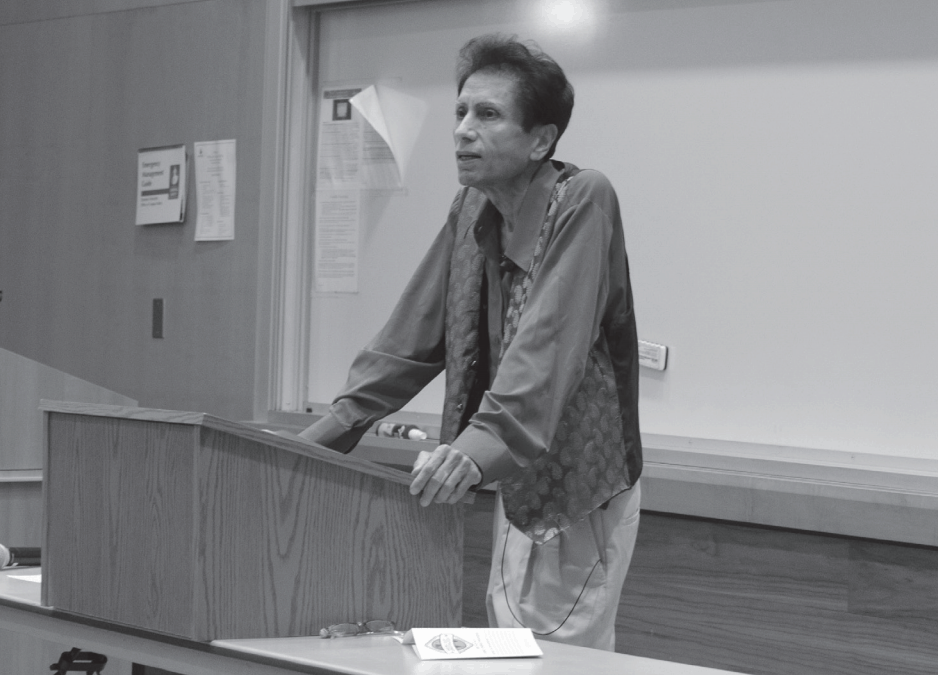 On Thurs., March 2, Kanth spoke to students and faculty regarding his ideas and opinions about how democracy ties into the Euro Modernist society.

Originally from India, Kanth has spent the majority of his life in the United States finding passions in studying economics, social theories and women’s and gender issues. He has taught many subjects including sociology and anthropology, political science, history, economics and philosophy.

The theme of the Laura C. Harris Symposium this year was “Making Just Democracies?” and Kanth explores this question by quizzing democracy in the context of Euro Modernism.

Euro Modernism, as defined by Kanth, is a broad societal program capturing economic and political aspects since the early sixteenth century. Euro Modernism consisted of a blind faith in science, self-serving belief in progress and rampant philosophy in materialism. Liberty and equality are thought to be some of the most essential values in a Euro Modern society.

However, Kanth believes that this is false as humans are instinctual animals who need abstract freedom and formal equality, and the real agenda and idea behind the Euro Modern Society is that everybody is selfish. Everybody is using everyone else and this is what they consider to be progress.

Euro Modernism turned its back on real human necessities and needs, and focused on the “wants.”

Democracy is seen as hypocrisy in his opinion, and “never lasts long,” as dictatorship rises naturally from a democratic system. Democracy is not believed to be a necessary nor sufficient condition for equality or liberty, as power to the people is nothing but a pathetic pipe dream.

A true democracy has never existed and it never will exist according to Rajani Kanth. He believes it is merely a game of politics that men play in deathly seriousness, that it is a “carefully choreographed dance,” and that women and natives always have and always will exist in another world, that is apart from from the male-dominated political side of the world.

Hank Tran ‘17, an economics major from Pittsburgh, Pennsylvania., attended the lecture and was interested in Kanth’s ideology.

“I found him intriguing in terms that he provided a different perspective on the idea of democracy. I always thought democracy was an ambiguous term but he provided a convincing argument on how limiting that term really is. His criticisms of government and the ‘ruling’ class were very radical but also logically made sense. Savage move to attack the governmental structures of our time and arguing that democracy is as fictitious as heaven or Santa Claus. Compelling to say the least,” said Tran.

To wrap up his lecture, Kanth left us thinking that it is time to wake up. There is a better chance of seeing the Loch Ness Monster than there is of having a true ideal democracy.