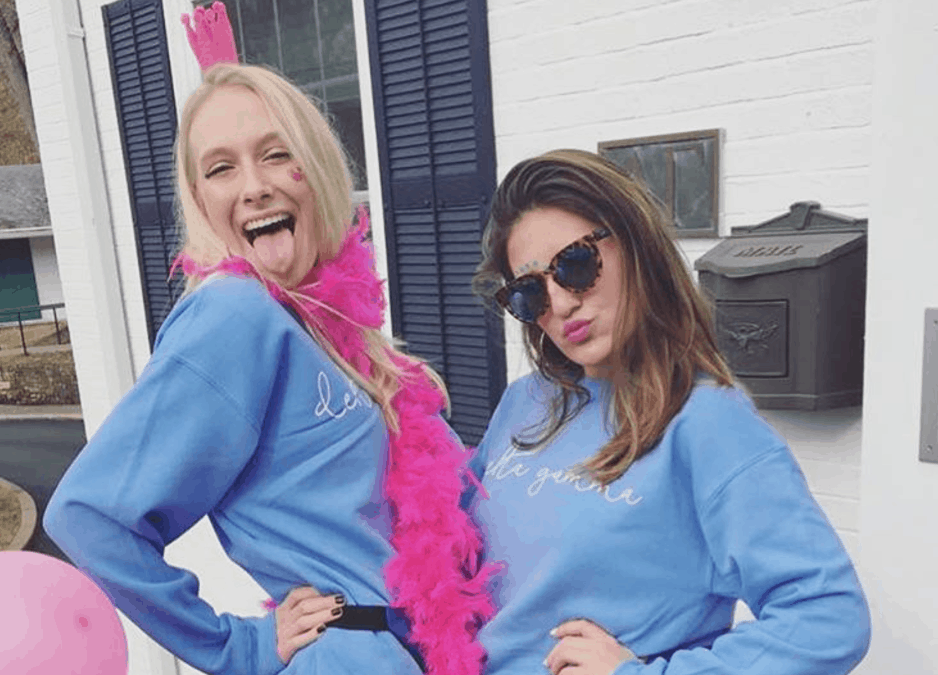 Getting around campus and the greater surrounding area can be difficult for students without cars.

Prinsen is an anthropology/sociology major and Spanish minor from Minneapolis, Minnesota. Lawson is an environmental studies major with a concentration in biology from Shakopee, Minnesota.

Lawson expressed that the idea for a transportation service had been something both she and Prinsen had considered for a long time.

“We always kind of thought Denison needed a ride service to and from the bars, to and from the sunnies or to and from appointments–especially for people that don’t have cars. Both of us didn’t have cars before senior year and we were always looking for rides from other people, which would become such a hassle. And we thought it would be a great idea because students supporting other students is a cool, communal concept,” explained Lawson.

In addition to helping out their fellow Denisonians with a ride, the women charge reasonable prices for their peers. Rides are priced at five dollars for anywhere on campus or in Granville, and 10 dollars for locations in Newark.

One of their frequent clients, Monica Woolcott ‘19, a communication major from Piedmont, California, found out about their new service from Facebook.

“I liked how nice and easy it was to get to where I needed to go when I needed to be there. It has helped me by getting me to the sunnies when it was super cold out and when I wanted to go with my friends to Whit’s. I wish this car service was always available for the school to drive people from east quad to the sunnies,” said Woolcott.

Woolcott is Lawson’s grandlittle in her sorority, Delta Gamma, and helped both of her friends to get their business venture off the ground. Prinsen is also a member of the sorority.

Though Prinsen and Lawson don’t know what they will be doing right after graduation, they do know that they hope to continue to live together.

They will both be graduating this spring, and then who knows what will happen to their new ride service.

“We might have to pass down the torch … because our time on the Hill is running out. It’s an easy business model to follow though,” said Lawson.

If interested in scheduling ride, look in the Denison Student Body Facebook group for Lawson’s initial post with their private contact information and they will get back to you to set up a ride.

Students take on archeology while abroad