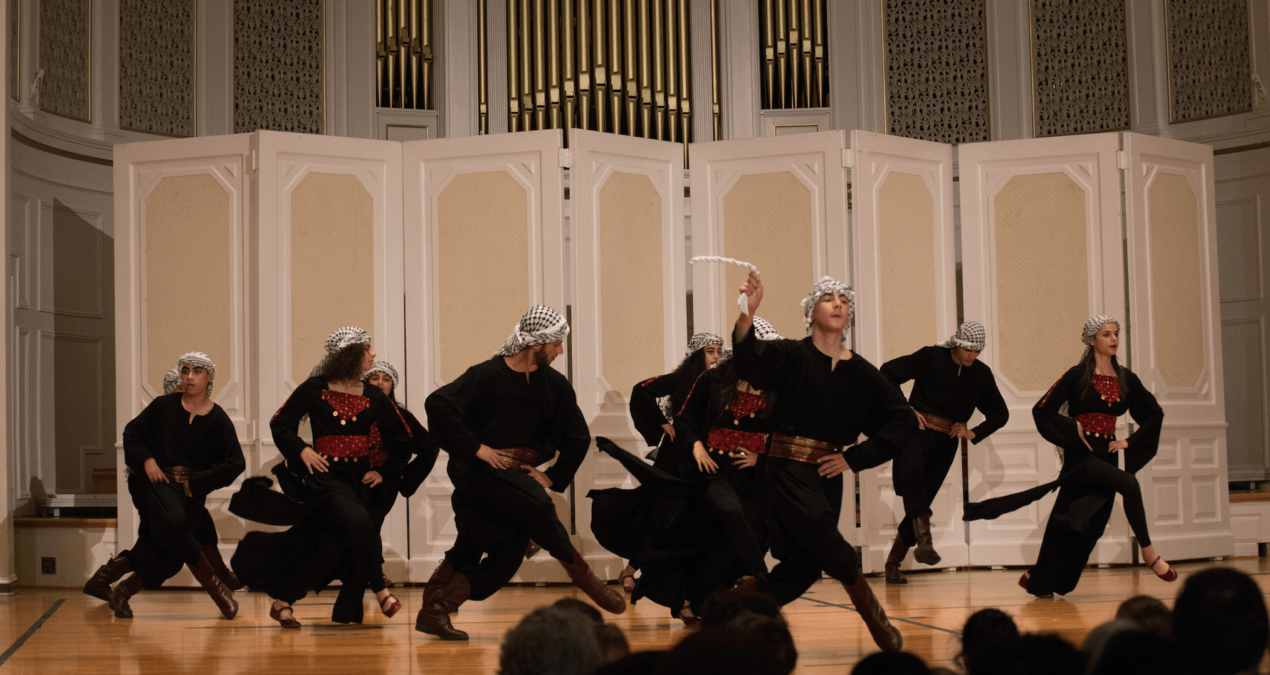 The group is made up entirely of dancers between the ages of 12 and 16 coming from Dheisheh refugee camp on the West Bank. Much of the performance evoked sentiments that reflected some of the experiences of the thousands of Palestinian refugees displaced by Israeli settlement. Every aspect of the show, from the costumes to the music, was made by Palestinian refugees.

One section of the show allowed some of the girls from the group to showcase their hip-hop skills through original songs that brought their experiences as refugees to light by using both English and Arabic lyrics. Their songs referenced the role of women in Palestinian resistance while touching on broader themes of freedom and equality.

When the girls began to rap with evident passion and emotive confidence, it was clear that, as Simran Ali ‘19 noted, their use of hip-hop was “an incredible use of art to convey their message to younger audiences.”

Dance, for the Shoruq troupe, is a way of generating pride amongst young people in their Palestinian heritage, as well as an expression of their unique identity and history.

Taylor Kern ‘20 was impressed by the young dancers’ evident skill and their “athleticism and grace.” Other audience members seemed to be similarly moved and were swaying and clapping to the beats.

Ali was especially impacted by the show and characterized it as “a beautiful, culturally enriched performance that reflected their struggles as refugees.”

Hamna Siddiqui ‘19 echoed this sentiment, saying “through the universal language of art, I was able to see a narrative of the lives of Palestinians that lost their homes due to the Israeli occupation, expressing not only their culture, but also their history.”

The goals of the Shoruq group are to raise awareness and engender empathy towards refugee experiences. They did so, as Kern noted, by “travelling all the way here to share their experiences through dance.”

This performance seemed to have profoundly impacted those who attended and communicated struggles against oppression in both universal and personal contexts.

The Shoruq Dance Troupe’s use of creative expression to mediate conflict and build understanding was exceedingly relevant. The topics covered are certainly worthy of further exploration and will hopefully spark discussion within our campus community.