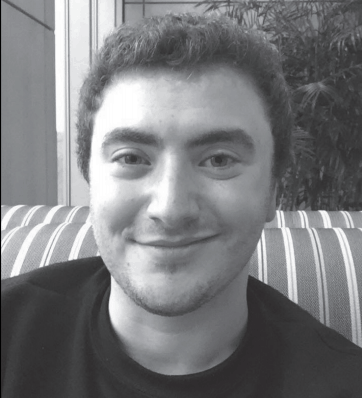 Denisonians, over the past two or so weeks, have seen abhorrent vandalism to the Muslim prayer space and the Outlook President’s dorm decorations.

At the same time, DCGA has made a well-intentioned attempt to have campus Senators attend more C3 activities and an enormous chunk of campus gathered on A-Quad to gawk at the beautifully jiggling bodies streaking across the lawn.

In the world off the hill, we’ve not only had pretty consistent Islamophobic sentiment, but a racist shooting of an Indian man in Kansas.

As this opinion piece is being written, a bipartisan bill is being introduced in the House of Representatives. This bill is attempting to provide funding to grassroots organizations in Israel and Palestine. The organizations the bill is trying to support are ones that promote interfaith, intergroup dialogue as a means of overcoming political, social and economic barriers to peace.

What can we say about all the above events?

First, the awesomeness of Denisonians gathering as a community to celebrate body positivity during Naked Week is exciting, touching and thought provoking. This tradition is extraordinarily cool.

Secondly, maybe the House bill and Naked Week are onto something. We can gain so much by engaging with each other face to face. There is truly an immense power in gathering to witness and be part of events that promote speaking, listening, viewing or absorbing views that aren’t our own.

The power of being physically there, whether there is A Quad during Naked Week, a C3 club event, a discussion with someone different, or, yes, a DCGA meeting, is huge.

It’s the power that overcomes such morally small acts as vandalism and such politically huge situations as the Israeli-Palestinian conflict.

I believe it’s a power that overcomes apathy.

For instance, this past week Denisonians, from a multiplicity of backgrounds and interests, came together in Slayter to rally for the Muslim Student Association’s side. This group of community members held up signs, chanted and most importantly, had quick conversations and discussion with passersby.

I don’t know what they discussed, but in a sense it doesn’t matter. I say this because the mere act of interacting with peers after a difficult and dangerous situation put a face to the values being represented in the rally. It humanized the rally and made it accessible in ways that broader movements can struggle to do (similarly this is why I think movements and ideological pursuits rally around charismatic leaders).

The Slayter rally really embodied face-to-face interaction at its finest.

In this spirit, and on behalf of the Hillel executive board, I invite anybody and everybody to come to our weekly Shabbat dinners (6 p.m. Friday evenings at the Open House). We also have a lot of other events advertised on Facebook, MyDenison, and around campus. Look for our emails ([email protected]). Drop by the Open House and chat us up.

We have a lot to talk about.

National Panhellenic women: we can do so much better