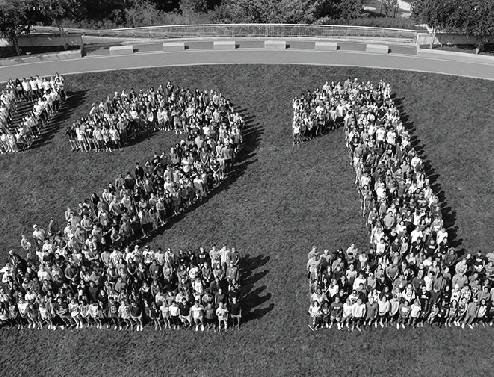 If you thought smoking cigarettes was a dying habit, you would be right. However, smoking nicotine in general is on the rise, and Denison students are no strangers to the habit.

According to the CDC, sales of cigarettes went down 2.5% in the past year. A habit that used to be the center of all social gatherings has gone from 42.4% of adults smoking, to just 16.8% in the United States. However, cigarettes and cigars are no longer the stars of the show. The tobacco industry has introduced new, advanced ways of smoking electronically.

In the form of e-cigs, juuls and vapes, the new products have relaunched the tobacco industry. Not only are more adults back into smoking, but teenagers and young adults are prime marketing targets as well. From 2011 to 2015, electronic smoking among high school students has gone up from 4.7% to 37.7%, according to a report from the Surgeon General.

Although containing more nicotine and harmful chemicals than cigarettes, juuls and vapes are the go-to for teenagers. What the small, compact device or pleasantly smelling smoke it produces can’t hide is the consequences of smoking, which are still prevalent and more common.

On campus, students are bringing these devices into dorms, class, parties and other activities. With no real fire or constantly lit cigarette, students assume there is no harm. Yet, as freshman students tried to smoke their vapes and juuls at the annual First-Year Sizzle, they soon found their devices confiscated.

“They were confiscated because all academic buildings at Denison are smoke free buildings and similar to cigarettes or cigars, vapes and Juuls are not allowed to be used inside the buildings,” said Ben Burdick ‘18, one of the coordinators of the freshman August Orientation.

Several freshman resident assistants did not want to comment about how many juuls and vapes were confiscated, but they all believed it to be upwards of a significant amount.

Burdick says that the devices were only really a problem during Aug-O at the Sizzle, and that he does not anticipate this being a bigger issue throughout the year.

“Kids like to have fun anyway they can. For a lot of students, especially freshmen, having fun means smoking a juul. I know kids back home that are still in high school and they have vapes and juuls. It seems like it’s just the culture right now,” said Chris Fisher ‘20, a biology major from San Francisco.

Disguise a cigarette in mechanics and technology, but it is still a cigarette that can pose a hazard to living. There is still the risk of addiction to nicotine, the weekly cost of buying juice and juul pods and the health risk of smoking tobacco, just as any other kind of cigarette.

Denison bands to together to help earthquake relief

Suspects break into more than 20 cars