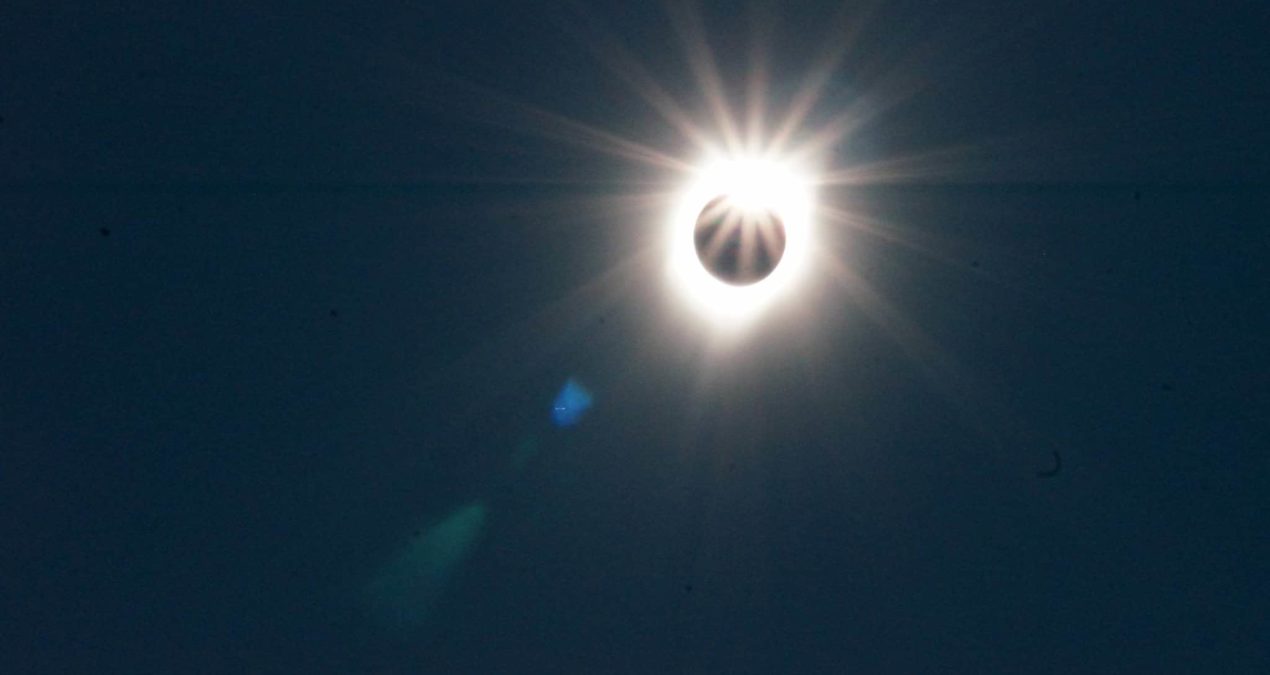 Solar Eclipse Visible in 14 States Across the U.S.

On Monday, August 21, 2017, the world went dark. Thankfully, it was only for two minutes and due to a natural phenomenon. A total solar eclipse occurs when the moon travels in front of the sun, blocking the path of light to earth and exposing the sun’s outer atmosphere or corona. Typically invisible to the human eye, the corona appears as rays and ribbons of light that extend dynamically out from the sun’s darkened center. The lack of light reaching earth during totality also causes the temperature to dip, and daylight to decrease to that of late evening. Nocturnal animals can sometimes be heard at this point, taking the solar cue to begin their nightly routines.

An eclipse of this kind was the first to occur over the United States since 1979. Additionally, it was the first total solar experience visible from coast to coast in 99 years.

The path of totality spanned the nation from West to East, touching down in fourteen states between Lincoln Beach, Oregon and Charleston, South Carolina. While a full solar eclipse was only visible within a 70 mile band along this distance, varying degrees of a partial eclipse was visible in much of the rest of the country as well. Americans reveled in the twilight haze, some traveling for miles to be in the path of direct exposure.

Potential viewers were warned not to look at the sun throughout the morning without protective eyewear, namely solar eclipse ‘glasses’. Due to the sensationalization of the event in many places, some concern arose about counterfeit eyewear not properly manufactured for protection. However, many colleges and local businesses handed out certified glasses at nominal prices. Granville was said to have experienced a partial eclipse, though cloudy weather decreased visibility further.