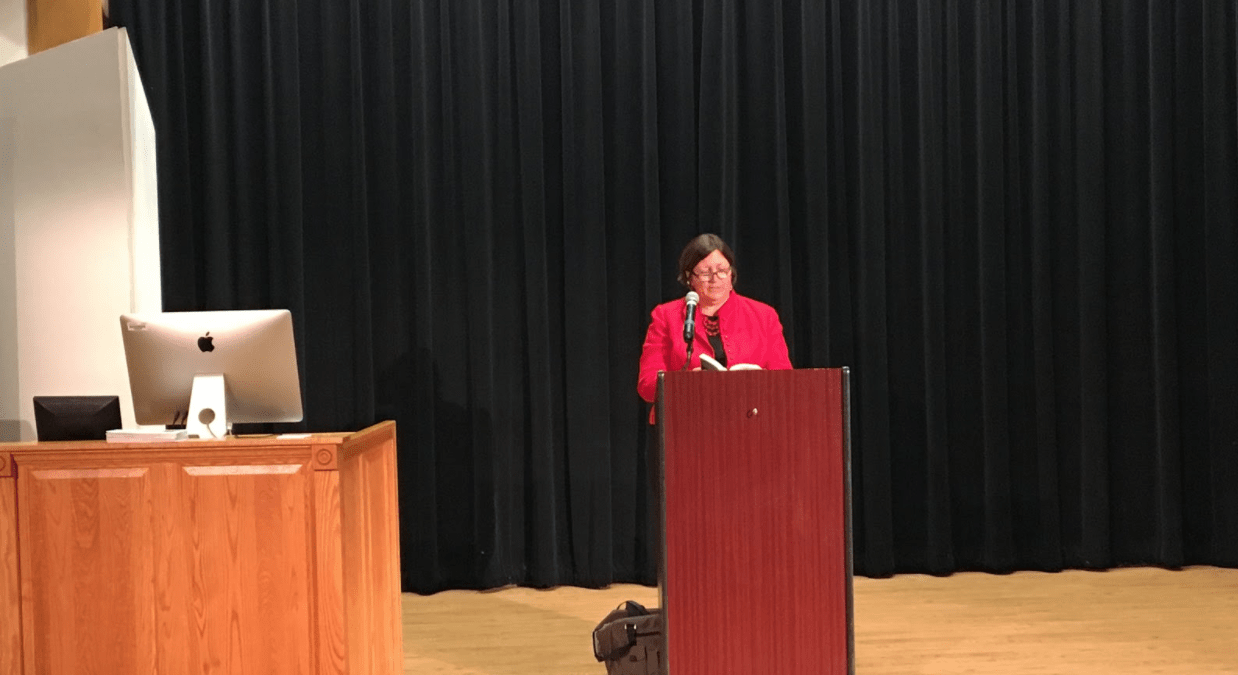 One thing author Kim Edwards is glad she didn’t know before becoming a writer? “How hard it would be!” she laughed.

“It probably would have discouraged me, if I had known,” said Edwards.

It’s a good thing she didn’t know, otherwise the world might have been without her novels, Lake of Dreams and The Memory Keeper’s Daughter, which she read aloud to the Denison community in Herrick Hall last Wednesday.

Edwards’ journey as a writer began during her undergraduate years at Colgate University, where she became immersed in the world of fiction through the English courses she took. After obtaining a graduate degree in Fiction Writing from the University of Iowa, she moved to Malaysia and across Southeastern Asia to teach English.

The story of The Memory Keeper’s Daughter came to Edwards while she was teaching in Asia.

“As much as authors choose their stories, the stories choose them,”  she said.

Edwards was compelled by the idea of secrets distorting families and the lengths they will go to keeping secrets to prevent inflicting pain on those they love.

As she experienced social isolation while abroad, she had nothing to do but write,and thus, Edwards began the novel.

The premise of the story is as such; a doctor delivers his wife’s twins, a boy and a girl. The boy, Paul, is raised by the doctor and his wife while the girl, Phoebe, is raised by the nurse who helped deliver them, who was told to take the girl to an institution because she was born with Down Syndrome, but did not, due to her own moral convictions.

The doctor lies to his wife, telling her the girl is a stillborn because he believes it will be less emotionally damaging than raising a child with Down Syndrome. He insists that the nurse takes Phoebe to an institution, she refuses, and raises the child as her own. What follows is a tale of deception, grief and eventual reconciliation— themes that Edwards is no stranger to writing about.

Edwards speaks from experience when she insists that there are no “blueprints” for the life of a writer; there are infinite paths which one can take.

Her advice for aspiring writers? Thick skin is necessary, in order to accept inevitable rejection. Like the stories that “choose you,” Edwards brings home the importance of working with the creative process, as opposed to fighting it.