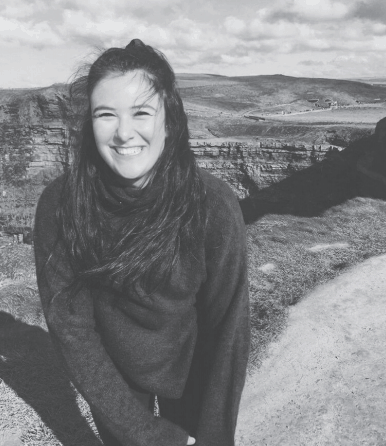 When Savannah, Kaitlyn and I received an embarrassingly unprofessional email from a woman claiming to be from Fox News asking for a writer’s contact information a few weeks ago, we thought little of it. It seemed innocuous at best; there was no mention of why the information was requested or what it would be used for. The three of us made an informed decision that the email was likely phishing and that the privacy of our writers should remain paramount.

But Fox didn’t stop with us. No, they went directly to the writer by whatever means necessary. The Denison student was featured on Tucker Carlson Tonight in a lively six minutes of misconstrued, unstructured, unprofessional “debate.” I presume the original article fell across the lap of a newsroom intern plagued with spending eight hours a day hunting across the web for the tags “race,” “white supremacy” and “free speech.”

A college freshman must be an easy target for Mr. Carlson. The formula seems simple: get a young, excited, passionate individual with a vastly different opinion to your own, put them in a studio and spend a few minutes setting the scene before unleashing into a vile attack on their value system and personal philosophy.

Here is my question: the formula is excellent for ratings, but is it really journalism?

Tucker Carlson Tonight is one of the nation’s most watched cable news programs, and Mr. Carlson himself is an experienced journalist. He has reported for several national news networks, has a long career as a print journalist and even started a political news website with former Vice President Dick Cheney. He knows what he is doing. He must have been trained in ethical philosophy and proper journalistic practices both in the eld and at his own liberal arts alma mater. And yet, Carlson chose a path that led to the lowest common denominator.

“What the others are missing and what the media isn’t telling you: Tucker Carlson brings you a live hour spirited debate and powerful reporting each night,” writes the Fox News website. I take issue with any representation of journalism that lumps “spirited debate” with “powerful reporting.” A debate is based in opinion; a report is a factual account of an observation or an investigation. A debate uses rhetorical strategies of both pathos and logos to achieve a persuasive goal. A report is description of a situation. The two are practically antonyms. And yet, our modern news media touts them as one in the same. The result? We don’t know fact from fiction and even worse, we don’t care.

We do this on our campus too, with little regard for the implications. The Bullsheet, for example, published a piece a couple of weeks ago they called “An Expose of the Admissions Office.” In it, a former student and recent Of ce of Admission hire was personally attacked without being asked for comment. Yet, the person who brought forward the complaints was kept anonymous–something I thought The Bullsheet stood against.

When we start to pander across the line of ethical reporting, even as young collegiate journalists, we lose our credibility. In my eyes, Mr. Carlson lost his the second he tried to combine debate and report, lashed out at an interviewee and frankly, failed to listen.

My hope for The Denisonian is that we always practice journalistic ethics, not just when it is convenient, but especially when it isn’t.

On the bright side of things