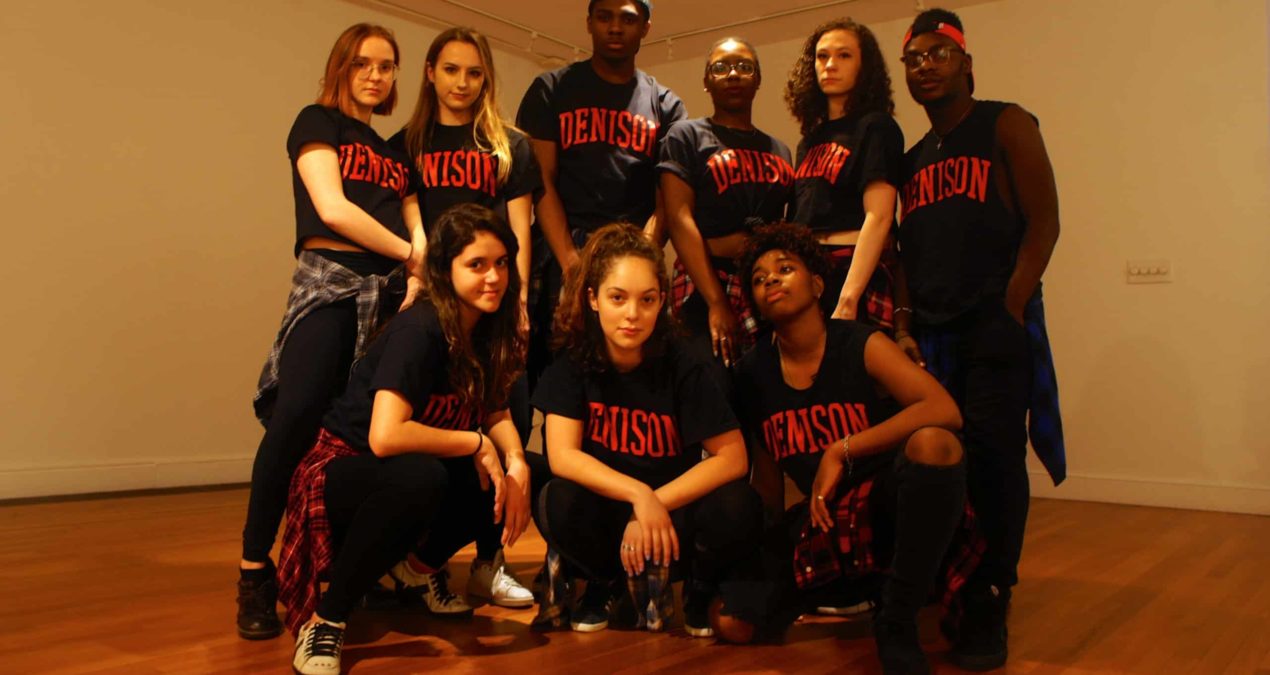 by Taylor Shook
No Comments

They call themselves IDM for short— and they are the hottest new group on campus. The hip-hop dance crew made their debut at the D-Day performances on Friday evening in front of Slayter Hall.

The group emerged from conversation between founders Vaval Victor ’20 and Ericia Bramwell ‘20 in spring of last year, Victor said.

“Personally, as a dance [and anthropology/sociology] double major, I felt like my style of dance did not exist on campus. This is what motivated me along with my cofounder to make IDM happen,” he said.

Bramwell said that she and Victor felt that something was absent from the dance culture on campus.

“We thought that the hip hop dance culture is exactly what was missing at Denison,” she said.

Natalia Duarte ‘20 is the crew manager, as well as a dancer.

“Ericia and Vaval kept talking about starting a hip-hop group on campus, and I guess they liked what I brought to the conversation, so they asked me if I wanted to be the manager,”  Duarte said. “Ever since, it’s been such a fun group to be a part of.”

Victor said that Duarte helped get the crew in motion.

“It wasn’t until Natalia Duarte came onto the team that work actually started to get done. As our manager she makes sure that everything is on track logistically,” Victor said.

Computer science major and dance minor, Hayley LeBlanc ‘20, said she found out about the group from Victor’s snapchat story.

“It’s really nice to have a way to do hip-hop here, I took hip-hop classes at home, before I came to Denison, and last year I really missed it,” she said.

“Everyone’s a great dancer and we all come from completely different backgrounds and styles of dance so it’s fun to see all of those come together,” LeBlanc said.

Victor said that diversity is a core value of the crew.

“Our foundation is the diversity that makes up IDM. We have modern dancers all the way up to break dancers and I think that is what makes us so unique. We push each other beyond our limits, and that’s a beautiful thing.”

He said that the dancers collaborate to produce movement that draws on their varying dance backgrounds.

“As a group, our chemistry builds everyday and we as a unit can only go above and beyond on Denison’s campus.”

Hayley LeBlanc ‘20 said that although Victor and Bramwell created most of the initial choreography, with the help of Duarte, each dancer contributed to the final product.

“One of the goals is to make sure that everyone’s individual dance styles and backgrounds can come through in our performances, so we spent a lot of time in rehearsal working on the existing choreography or coming up with new parts in groups,” she said. “So everyone had at least a little bit of their own choreography in this first piece we did.”

Alex Drumm said that the choreography is a reflection of all the dancers as individuals.

“Everyone had an equal opportunity to shape the dance by adding their unique style and flavor,” he said.

The group will perform again next semester, in Black Rhythms and their own end-of-year showcase, Bramwell said.

Victor said that campus has yet to see the best of IDM.

“Our performance at D-Day was just an intro of what’s to come this year.”