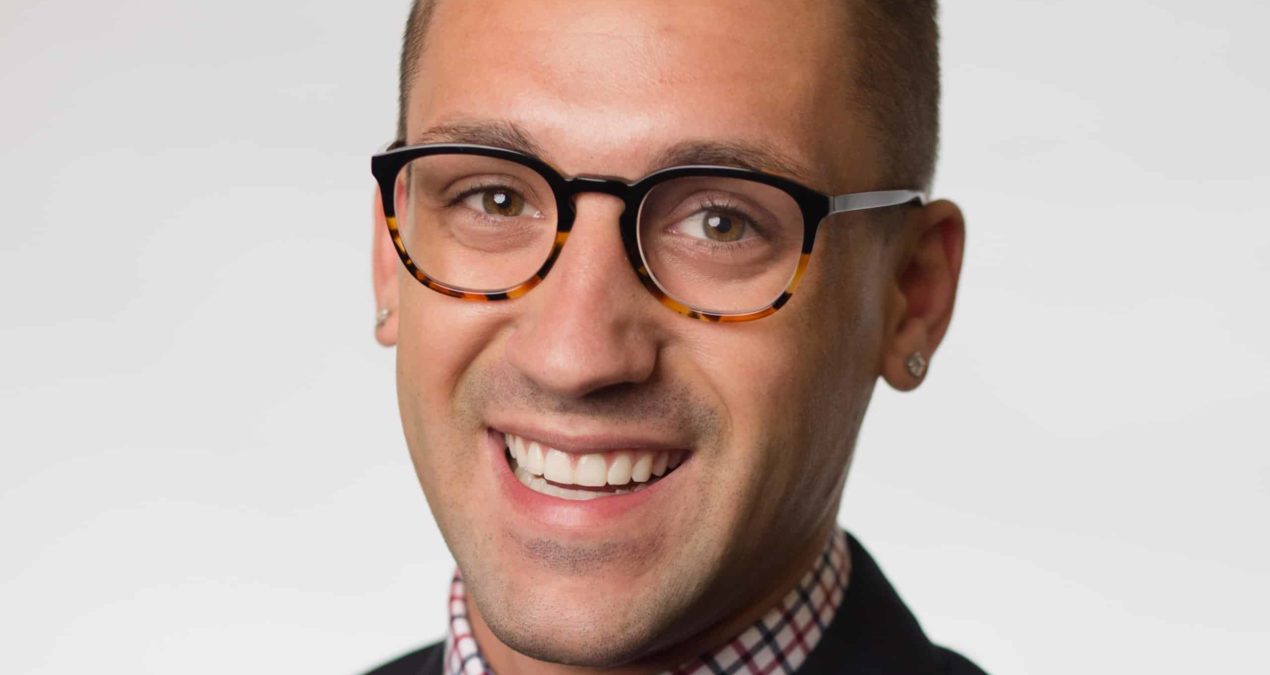 In the near future, Brian Allen ‘17 might have an office on the second floor of Doane, overlooking the Hill, with a shiny nameplate on his desk that says, “President Brian Allen.”

“Perhaps, when Dr. Weinberg’s ready to retire, I’ll be ready to be president,” said Allen, jokingly.

Allen is on track to one day accomplishing this goal.

This fall, he started his graduate program in higher education and student affairs at The Ohio State University, where he serves as an assistant hall director, overseeing 700 undergraduate students, a group similar to the size of a Denison class.

Now, he has another job to add to his resume.

The Denison Board of Trustees, consisting of 37 members plus the president of the university, elected Allen as the new Recent Student Trustee.

Two of the Trustee positions are reserved for recent Denison graduates who maintain a connection with and represent the current student body.

Allen earned his B.A. in anthropology/sociology with a concentration in queer studies. He was a Distinguished Leadership Award winner and a President’s Medalist.

On campus, he served as president of Outlook, chair of gender-neutral housing committees, captain of the men’s swimming and diving team, co-founder and president of DIG, which is the diversity and inclusion group for student athletes, and directed many programs such as Big Brothers/Big Sisters and August Orientation.

He tries to keep in touch with current students involved in the same activities he participated in.

“I have been talking to some students about how things are feeling on campus, what issues they see arising,” said Allen.

Allen emphasized the importance of communicating with students on campus, “The Board of Trustees is comprised of Denison alum…from different eras of Denison, so it’s really helpful to allow the board to have a clear voice of what campus is like now.”

Each year, a new Recent Student Trustee is selected from the graduating senior class to serve a two-year term. President Adam Weinberg explained the dynamic of Student Trustees in an email, “There is always one new and one experienced Recent Student Trustee, and the two have an opportunity to work together to bring helpful perspectives to the work of the Board.”

Allen will collaborate with Conrad Wuorinen ’16, the other Recent Student Trustee. “I know Conrad and Brian will work together well to bring the perspectives of students and young alums to the Board,” said Weinberg.

Allen mentioned that, by “serendipity,” he’s formed friendships with previous Recent Student Trustees who have encouraged him to make sure his voice is always heard.

Now that he’s experiencing life as a Denison graduate, he’s found an appreciation for his liberal arts education.

“I feel prepared to critically think, to look at big problems from a very large, holistic way. It’s been really exciting to apply this to my graduate coursework,” said Allen.

Allen views his new position as an opportunity to give back to Denison.

“I’m so humbled and grateful to have had the opportunities I did at Denison. I look forward to helping make decisions for the future of Denison and meeting really great Denisonians,” said Allen.

Say ‘Hello’ to the new Curtis Dining Hall and A-Quad