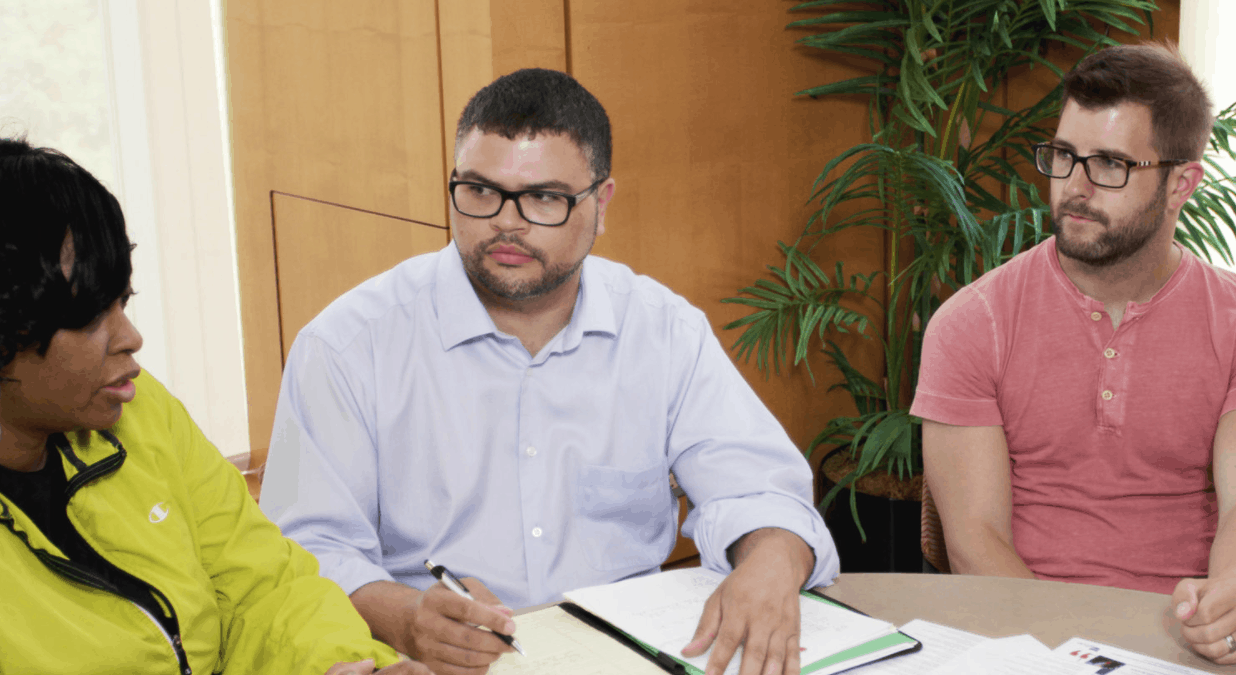 What does ambition after Denison look like? Just ask Denison’s very own Jeremy Blake as he begins his run for Ohio House of Representatives as the D-nominee in the 71st district..

Blake graduated from Denison in 2012 after graduating from Newark High School in 1996. He initially took time off from Denison to pursue a career opportunity at the State House, but returned to work in the I.T. department and got his Bachelor’s degree in economics.

Jordan Gelber, a computer science major, ‘20, and an employee of Blake’s in the I.T. department says, “Jeremy is one of my bosses at ITS. He is always smiling and makes coming into work a positive and happier experience.”

As a teenager, Blake was involved with the student council, served as a member of the mayor’s youth council, worked at neighborhood cleanups and enjoyed doing projects to give back to the community.

When he was just 19-years-old, Blake ran for city council and won the primary, but lost the general election by only 50 votes.

The following year, Blake was appointed to the Newark School Board where he served for five years; at 24-years-old he was named the youngest school board president in the state of Ohio.

While a member, the Newark School Board passed a bond issue that allowed all school buildings to be renovated.

“I feel such a sense of pride to be able to point to a building and think, wow passing that bond issue allowed us to accomplish this, that’s something special,” Blake said with a smile.

During this same time, the Newark School Board worked to get social workers in elementary schools to work with outside issues.

As a former school board president, Blake is passionate about bettering the education system. He specifically wants to make early childhood education more accessible for children and their families.

Blake created the South Newark Civic Association (SNCA); a nonprofit that focuses on neighborhood development. The SNCA encourages neighbors to get to know one another and uses available resources to better the neighborhood.

He ran for City Council soon after and is now currently serving in his second term.

“I view elected positions as a tool. I approach it as ‘how can I use this title as a tool to help my community,’” said Blake.

After doing so many things for the local community, it made perfect sense for Blake to decide to run for State Representative.

“With all the energy this year, people are wanting to get engaged with community in so many different ways. People want to gather and organize and have a voice. It’s an energy that we haven’t experienced in a longtime and I want to be apart of that this year. This year, especially, is one of the most exciting for civic engagement.”

Job creation is Blake’s biggest focus, as it affects so many other pieces of the community. More quality jobs gives citizens the ability to provide for themselves and their families, a sense of pride and better healthcare.

“I want to continue to strengthen the middle class and raise those in poverty into that category [of middle class]. I don’t just want to just add more jobs, but add good jobs.” He emphasizes, “Jobs with more than just livable wages, with benefits and strong retirement plans.”

While Newark’s unemployment rate is low, at least a third of Newark still lives in poverty. Blake wants to improve this with more job training and aligning programs taught at C-Tech to what local employers want.

Transportation (or the lack of it) is another big issue for Blake. He wants to make it easier for people, especially those without cars, to get around Licking County; whether it’s senior citizens getting to medical appointments or people trying to get to their jobs.

While the election isn’t until November, it’s never too early to start showing support for Blake on his Facebook page, “Jeremy Blake for Ohio House District 71.” To read more about his mission on his website, go to www.jeremyblakeforohio.com.