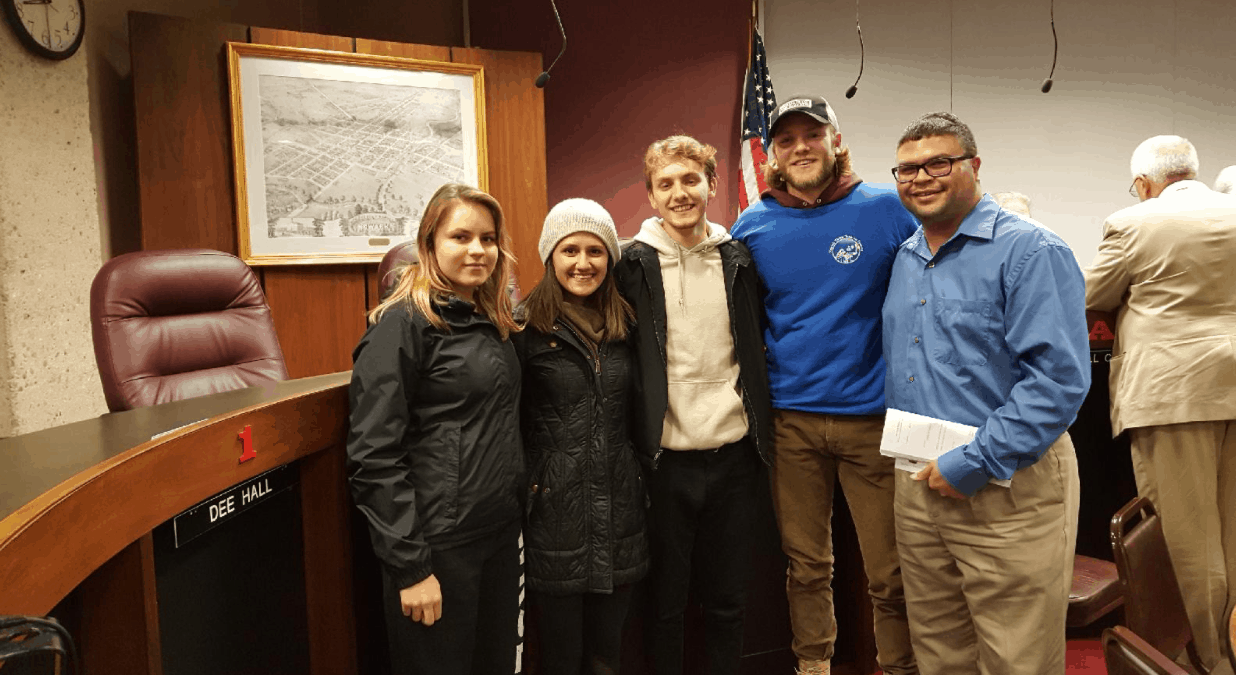 Sometimes a small change makes a huge difference in the community you are involved in.

In 2014, community members in Newark, Ohio formed the grassroots organizing group, the Newark Think Tank on Poverty (NTTP.) Their intention began with a focus on the various ways to work on solving problems in the community by utilizing members of the community who may be facing similar situations.

According to their website, problems involve obtaining sustainable work, safe housing and accessible transportation. One of the NTTP’s primary focuses is closing the gap in services and working against unemployment and poverty.

NTTP is separated into various committees and projects to work on addressing these issues. It is grounded in educating the community and trying to collectivize individuals in Newark that are the victims of gaps and overlaps in services (services that range from job and family to the local healthcare system.)

The focus is primarily on representation. A common phrase heard at NTTP meetings is, “the pursuit of seats at the table.” This means that by putting more people on the ground-level (in terms of receiving services) at the same table with those making decisions, more decisions will be made that benefit the people receiving these kinds of services.

English major Kellon Patey ‘19 began to work with the NTTP during the first week of his sophomore year after looking to get more involved in service. As a member of the leadership committee, one of his leading focuses is on making re-entry transitions for some people run more smoothly than it is.

“One thing that the Think Tank has really taught me is that working at the Grassroots level really is fulfilling. It’s something that feels very real and more conducive to building relationships. It’s taught me so much from people I never thought I would be learning things from,” said Patey.

NTTP emphasizes that the real experts on topics such as poverty, addiction, the prison system and healthcare in small towns are the people themselves and seek to listen to how people can be helped.

More recently, the NTTP is working to get meth categorized as a life-threatening drug, even though the FDA still does not list it as such. For every opiate-related arrest, a drug that is considered life threatening, there are two meth-related arrests. The NTTP wants to raise awareness for meth-addiction and continue to close the gap between those suffering and those with solutions.

NTTP succeeded at convincing the local government — and Denison — to remove the box on job applications that signal an applicant has committed a felony. Employers often toss job applications at first sight of the checked box. Abolishing the “box” means that those with felonies on their record can now at least get their foot in the door before being disregarded by an employer.

Thanks to the eradication of the box, more people now have better chances of getting jobs who did not before. NTTP knows that it is incredibly important for everyone, but especially those reentering society from prison, rehabs and hospitals.

For more information on getting involved with NTTP, contact Kellon Patey at [email protected]