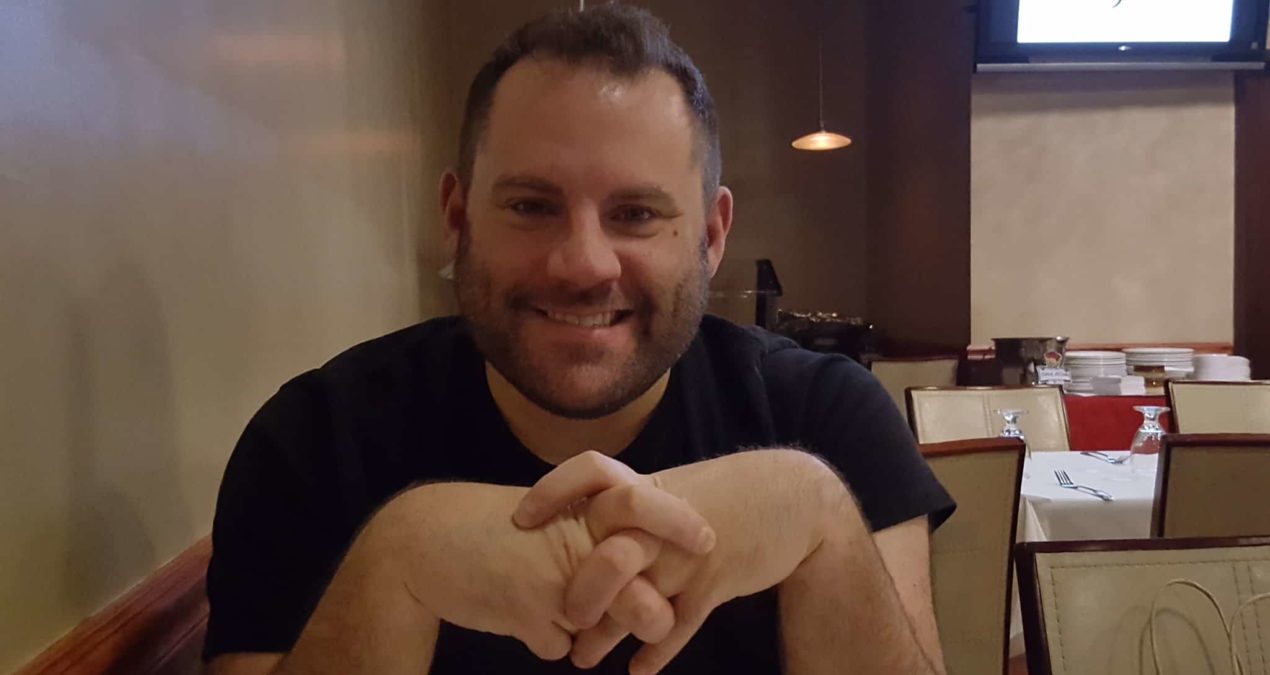 KEELYN LOVERN — “I felt numb. I felt numb for a good day,” described Hollis Griffin, explaining how he felt after learning he had received tenure in early December. “It didn’t…it still kind of doesn’t feel real,” he said, with tears of joy and pride welling in his eyes, “I got to stay where I met people that I loved.”
Dr. Hollis Griffin is an associate professor of Communication and Queer Studies, specializing in queer theory, media history, and critical analysis of affect and emotion. He earned his undergraduate from Cornell and his master’s at the University of Texas, before finishing his doctorate at Northwestern. Having previously been at Colby College, Griffin joined the Denison community in 2012, “It was clear that I clicked with the students and I liked doing it and I liked being here,” he explained, “I work with really smart people who are curious and willing to do different things.”
Receiving tenure is an emotional and exciting experience for Dr. Griffin. He has designed more than 10 classes since his start at Denison and loves that this school allows him to connect his research with his teaching, “I realized how lucky I am in a lot of different ways,” he said.
Even before the news of his tenure surfaced, Dr. Griffin’s accomplished repertoire was expanding early in the year. In November, his book, Feeling Normal: Sexuality & Media Criticism in the Digital Age, was published by the Indiana University Press. It examines the relationship between urbanization and technology, and how cities tell us something about the Internet, queer communities, and gay and lesbian media. He is interested in people’s investments in the media, their affective experiences, and why pleasure is questioned in the world around us. The American Library Association named it an “Outstanding Academic Title” for 2017, an honor given to only the top 10% of academic titles published each year.
While in the process of organizing his book, and struggling to find its overall purpose, Griffin’s great-grandmother passed away. He wrote a eulogy in her honor, and immediately his focus and passion became clear. For this reason, Griffin describes the book as being “so deeply personal.” His great-grandmother’s experience in coming to New York as an immigrant resonated with his desire to explain the struggles of finding a community, and how gay and lesbian media is an experience of citizenship, not as laws or voting, but in the emotional experience of being part of something. Moved to tears discussing his great-grandmother and the book’s dedication to her, Griffin explains his book as, “the single thing that I’m proudest of, like when they lower me into the ground I’ve done this.”
Dr. Jessica Bean, associate Economics professor and close friend of Dr. Griffin, was not surprised when the University awarded him tenure, “I don’t think anyone could have worked harder to earn tenure or deserved it more than he does. I know how hard he works at teaching and his research, and how much he cares about both,” she said. The two even celebrated with a trip to the jungle over winter break, “it really was a long process for him and it really was well deserved.”
As the advisor of Outlook – Denison’s LGBTQ support organization, Lambda Pi Eta – the Communication department’s honor society, and major contributor to Denison’s writing committee, Dr. Griffin has dedicated himself to the success of students both in and out of the classroom. For Connor Howe, ’21, it has been very special to have Dr. Griffin as a part-time academic advisor, teacher, and mentor, “he is very realistic but hopeful at the same time, he puts you on the right track,” Howe said, and when he heard that Dr. Griffin had received tenure, he was pleasantly relieved, saying, “Denison shouldn’t let him go, he’s one of those professors that really wants to be here and actively cares about the students.”
Dr. Griffin’s accomplishments are well-deserved and similarly recognized by friends, faculty and students. We are proud and honored to have him as part of the Denison community.
The following professors were also awarded tenure this semester: Hanada Al-Masri, Jason Busic, John (Sam) Cowling, Ayana Hinton, Regina Martin, Rachel Mitton-Fry, and Steven Olmschenk.

Congratulations to all of them!