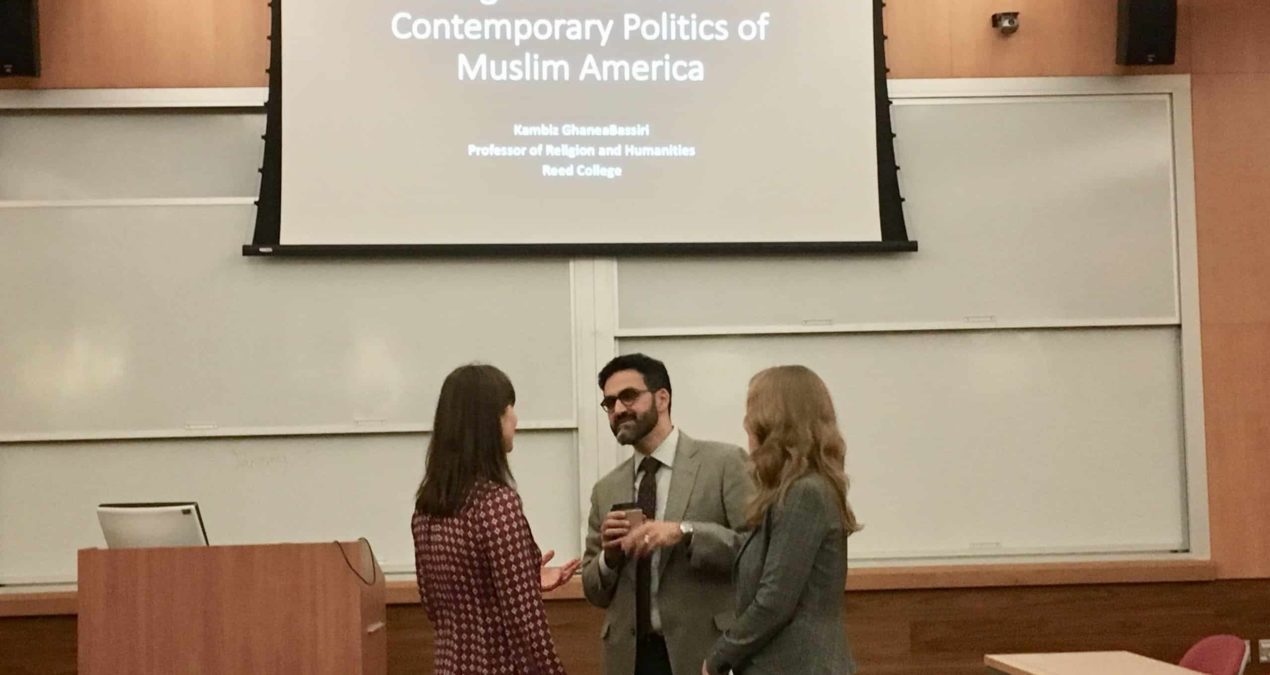 LIZA HIGLEY — In a time when America seems to be experiencing a newly heightened religious divide, many believe it is increasingly important to look at our past in order to identify these struggles and understand our responses to such issues.

Kambiz GhaneaBassiri, professor of religion and humanities at Reed College and an internationally recognized scholar and author, visited campus this past Wednesday to examine the relationship between Islam and American politics. In a talk titled “Religion and State in Contemporary Politics of Muslim American,” GhaneaBassiri discussed how political discourse is reflective of the state of Islam in America, and showed how Islam has left its mark on our political system as well.

GhaneaBassiri took students on a trip through past presidents’ speeches concerning Islam. Here, students learned how President Eisenhower demonstrated his acceptance of Muslims and attempted to group all religious citizens as people with shared common goals, under one God. He chose to emphasize the contributions Islam has made to American society as a religion advocating for peace and justice.

Then 9/11 marked a turning point in Muslim American politics, as, according to GhaneaBassiri, the terrorist event stripped Muslims of religiosity and defined them as anti-American dissenters.

President George Bush attempted to reaffirm the Muslim position in the United States after acts of violence against Muslims rose, emphasizing again the contributions they have made in American society while attempting to remove the “terrorist” label from the group of peaceful citizens. The First Amendment also made a significant appearance in Bush’s speech, encouraging Americans to take responsibility for the safeguarding of religious freedom.

The Trump push to undermine liberal politics by discrediting their arguments created an environment that called for an increase in Islamic activism. Further, Trump’s attack on Islam politically polarized the religious group, pulling it into the middle of a presidential race. Thus, Islam was used by candidates as a tool to get elected.

GhaneaBassiri’s discussion addressed the impish and affective efforts political parties used to undermine liberal/conservative policies and the efforts of United States presidents to unify the nation and protect our First Amendment. Freshman HESS major Brooke Cameron attended the talk and remarked, “I’m glad I was able to learn about the condition of Islam in America. As seen in the news, it is an escalating issue and it is important to stay informed.”

Following GhaneaBassiri’s talk, it is pertinent that Denison University students continue this discussion outside of the classroom, in order to foster an atmosphere of equality, tolerance and understanding on campus.