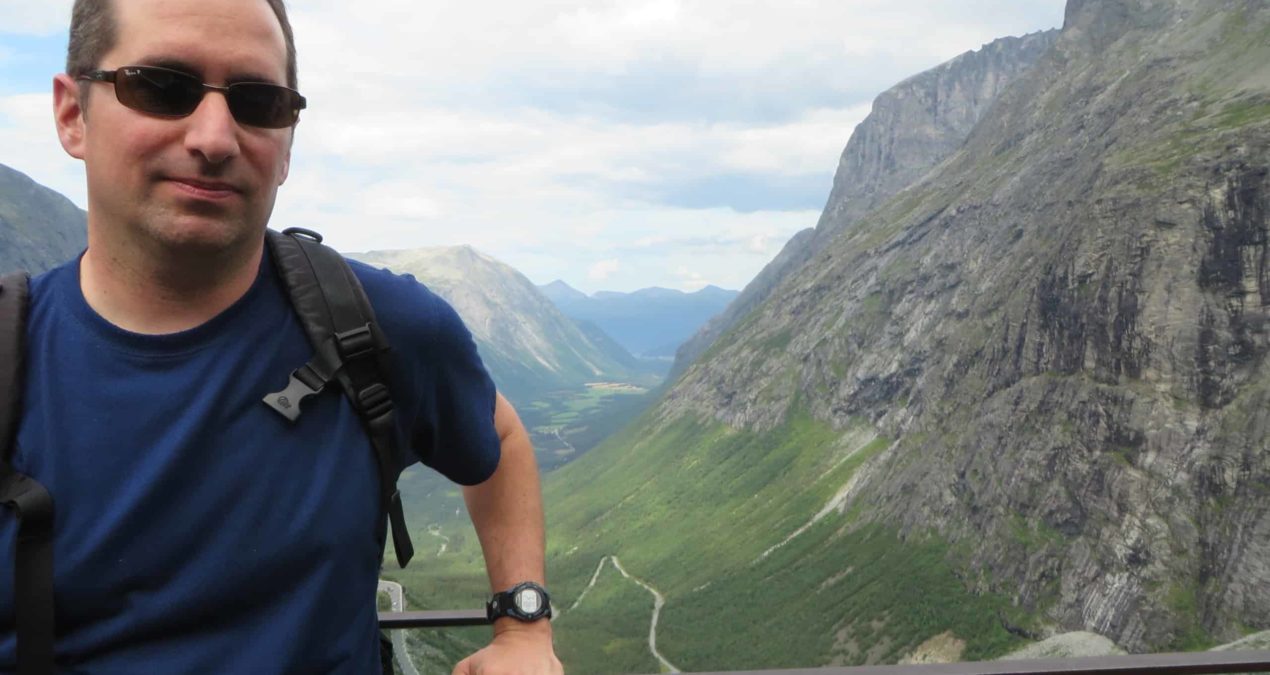 When we are young, we are asked, “What do you want to be when you grow up?” Usually, we will say things like astronaut, teacher or firefighter.

Denison American literature professor James Weaver is the first to admit that he did not want to be a professor and had no clue if that was in store for his future during his undergraduate education. Growing up in a household with English professors as parents, being a teacher was the last thing on Weaver’s mind.

“I came into my undergrad at Allegheny as a math major,” said Weaver. “I was good at math, but I didn’t think I wanted to do it for the rest of my life. So, I followed my passions: politics and advocating for the environment.”

Over time, his passions were also driven to nineteenth-century American literature, and how people travelled electively in fiction and reality.

“I’ve always found American Literature interesting, and wanted to find how that could fit into travel,” said Weaver. “Now my specialty is on the nineteenth century American travel experience.”

“My specific focuses are conceptions of nature in narratives of wilderness travel,” he states. “Also, the evolution of tourism in America.”

Tourism has consistently grown over time in American culture. People have maps where they mark off if they have visited every state. Dr. Weaver’s classes talk about how tourism and travel has become different in the modern age, and how it used to be in the nineteenth century.

“As a teacher he’s passionate and entertaining, where you can tell he really cares about the material. It is always refreshing to see professors who are engaged in class and then that makes you want to be just as engaged as well,” said Campbell Flaherty ‘20, an economics major from Pittsburgh, Pennsylvania.

Certain nature spots have become famous tourist sites, or places of interest in America. These spots include the Grand Canyon, Niagara Falls and the Great Smoky Mountains. Along with the growth of tourism, there has also been a more popular and recent type of it: ecotourism. Ecotourism started in the 1970s and 80s with the mindset of starting a more sustainable way of travel. It focuses on different locations that need environmental attention.

“Professor Weaver’s strengths lie in his ability to create meaningful dialogue. He provides students the space to take alternative points of view on texts discussed in class. His American Lit Regionalism class incorporates intersectional themes and asks students to consider how these topics are reflected in region-specific literature. Professor Weaver is engaging and expresses genuine care for his students, and I have enjoyed his instruction,” said Kyle Mares ‘20, a political science major from San Diego.

“His unique charisma and teaching style lends his class an entertaining experience that provokes the best kind of learning, even at 8:30 a.m. on a Thursday,” said Ben Foster ‘20, an environmental studies major from Westport, Connecticut.

Dr. Weaver has led senior seminars focused on literature with environmental studies and how these two subjects are intertwined with modern documentation of nature using cell phones and cameras.

He argues “I introduced the seminar with a photo of a girl taking a selfie with a bear. People are taking photos and not living in the moment and that can be problematic. We are all guilty of this–our devices take us away from the experience and into our screens.”

Along with being an environmentalist, Dr. Weaver is interested in how the concepts of race, gender and ethnicity have influenced travel in nineteenth century and modern American culture.

“Colorado in the 1860s became a tourist site when it was depopulated of Indian threat and there was an increase of white presence.” he says. “There are a lot of economic and personal costs to travel.”

Different aspects of travel with this approach would include the slave narrative, which entails a journey motif of traveling south to north. Also, how white European colonialism was integrated into American wilderness over time.

“These ideas have elements of it that are racial in structure,” states Weaver. “The concept of the American Dream is also integrated.”

With next semester classes closing in on students, take this into account:

“My class examines the long arch of imagination of hostile environment and settlement in the American wilderness,” said Weaver.

If you are looking for a discussion about the politics of travel and place, social justice and environmental angles, then Dr. Weaver is the professor to talk to at Denison.

Nicholas and Harrison DeChant take on Denison in tandem