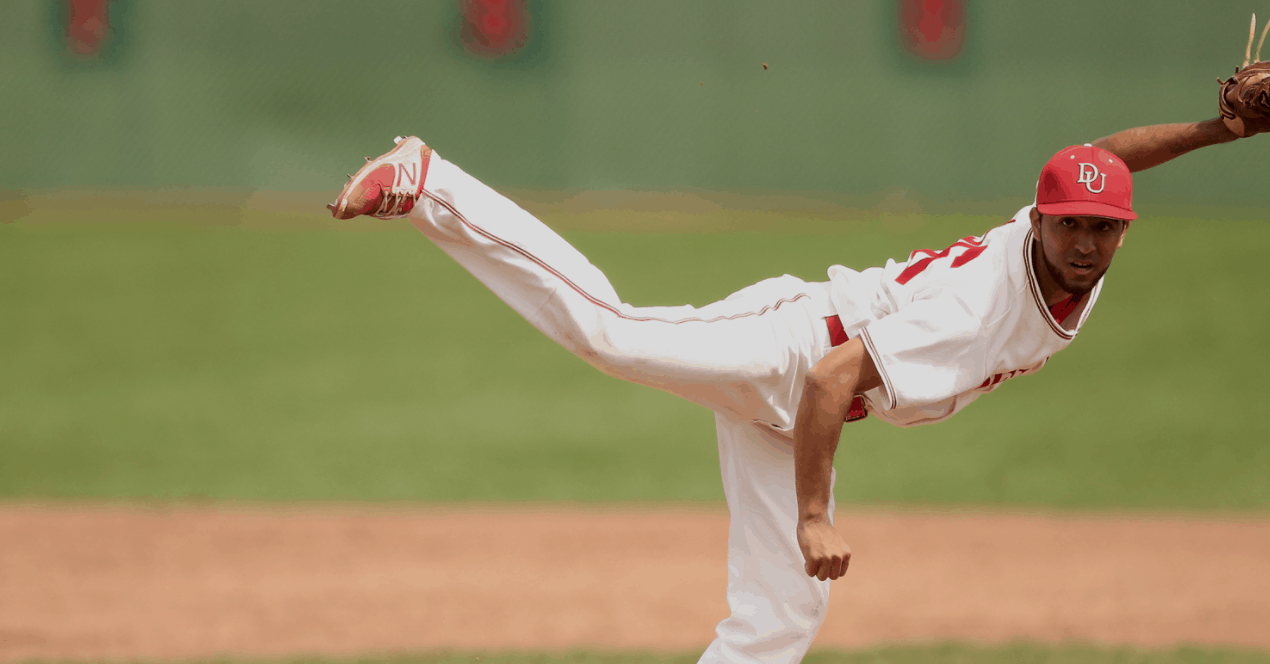 Sweeping a doubleheader is one of the most difficult but most fun things to do in the game of baseball.

This past weekend, the Denison men’s baseball team did just that, sweeping the Transylvania University team on the road. They took the first game by a score of 5-1, and then won the second game 3-0. This moved their record on the year to 5-1.

Oftentimes in a doubleheader when the games get long, pitching wears down and it is reflected in the scoreboard. This was not the case for the Big Red however, as they only allowed one run in the two games.

“Our defense and lockdown pitching gave us the ability to sweep Transylvania this past weekend. Only giving up one run in two games is truly an amazing job by our pitching staff,” said first baseman Will Krushena ‘20.

Starting pitching was a major factor in the sweep. Right-handed pitcher John Troll threw 8-innings in the first game, allowing just one run and striking out three.

Taylor Perrett ‘21 continued his hot start in the second game of the doubleheader, he threw a complete game shutout, allowing just two hits to go along with two strikeouts in his gem. Even more impressive? He did it while throwing just 80 pitches.

“Taylor has been amazing. He is attacking the zone and his stuff has been great. He has been keeping hitters off balance and producing a lot of weak contact that is easy for our defense to turn into outs,” said Krushena of his teammate.

Krushena himself has gotten off to a very fine start this season. After six games, he is hitting .364 with a home run, 8 RBIs and 7 runs scored. In the 3-0 win over Transylvania, Krushena went 2-3 and scored 2 runs.

Oftentimes in baseball, approach makes a major difference. Krushena credits some swing changes for his hot start this season.

“Yes, my approach this year is very different than my approach from last year. I made some key changes that allow me to stay through the hitting zone longer,” Krushena said.

Out of their first six games, only one has been at home. This means lots of bus rides and bonding time for the team. Being close-knit is an important part as a baseball season wears on.

“There has been a lot of team bonding on our bus rides so far this year. They have given us the time to all hang out and just goof around,” Krushena said.

Up next for the Big Red is a home game against Otterbein on Wednesday, March 14 at 5:00 pm.