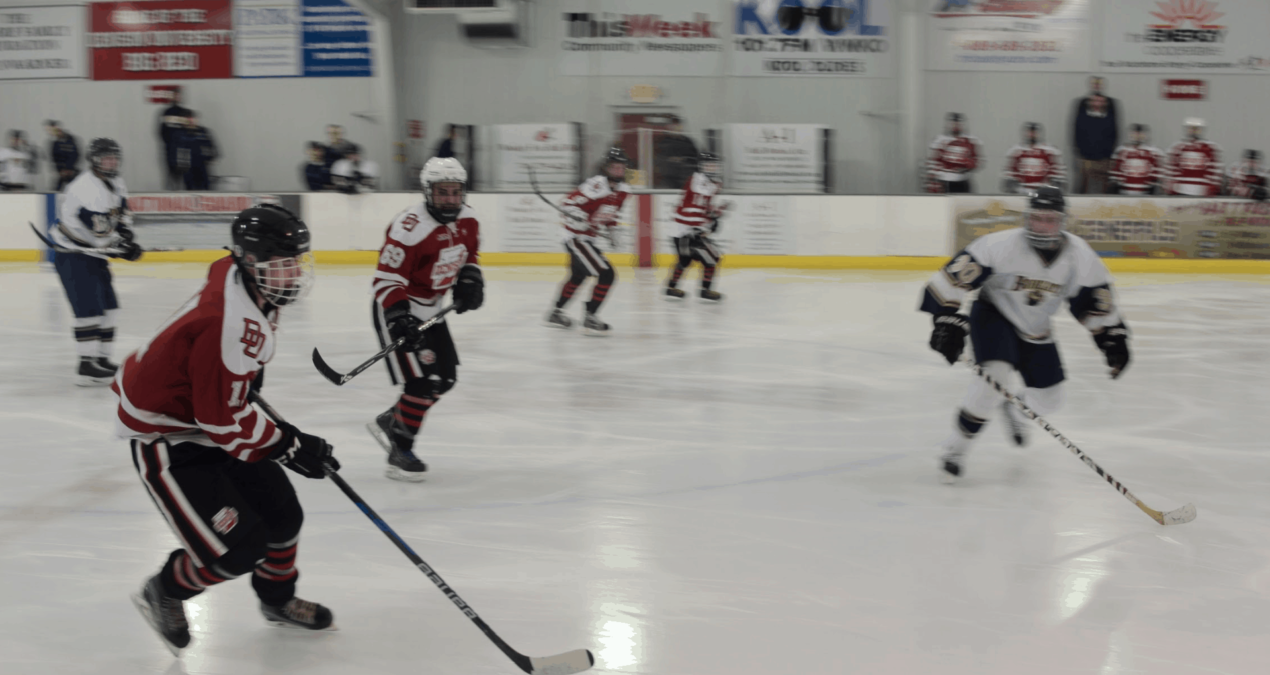 The Big Red hockey program took another major step in the right direction this year.

After splitting two games with Case Western Reserve University this weekend, team finished the season with an overall record of 8-8-1, including 4-7 during ACHA competition. But that is far from the whole story.

If you ask veteran leaders on the team about the growth in the program during their time at Denison, you will hear nothing but excitement and genuine hope for the immediate future.

Duncan Tulimieri ‘19 helped lead this year’s team, serving as alternate captain, and comments on the state of the program just two years ago,

“When I first came in as a freshmen the program was nothing; there was little participation, effort or pride.”

Tulimieri, along with classmates Ben Cousineau ‘19, A.J. Koch ‘19 and Andrew Marino ‘19 have been instrumental in the change in culture around the program.

Tulimieri remarks on some of the changes that have taken place since he entered as a freshman. “We have gotten new coaches who took the team seriously, more student involvement, a new locker room and every year we get better and better.”

Tulimieri will be apart of an incredibly strong senior class next season when he and the rest of the team will look to continue to grow as both players and as a team.

Even though the Big Red will look to lean on their experienced veterans of the team next season, every player on the roster will be depended on night in and night out to make plays.

To that end, goalie Gavin Thomas ‘20 shares insight on a crucial factor to the success they found this season. “We took a big step forward in accountability of one another this season.”

Accountability is critical to the success of any competitive sports team. But what changes do the Big Red need to make to maximize their potential and perform their best every time on the ice? Colin Szanyi ‘21 has a couple of ideas for how the team can grow after his first season of college hockey under his belt.

“Next season, I think we need to practice more frequently to build chemistry and have more consistent off-ice training.”

While results are important, there is something much bigger at stake for the men apart of this budding ice hockey program at Denison.

“I am definitely looking forward to getting back on the ice and continuing to build a tradition of excellence for our program not only next year but in the coming years after that,” Thomas said.