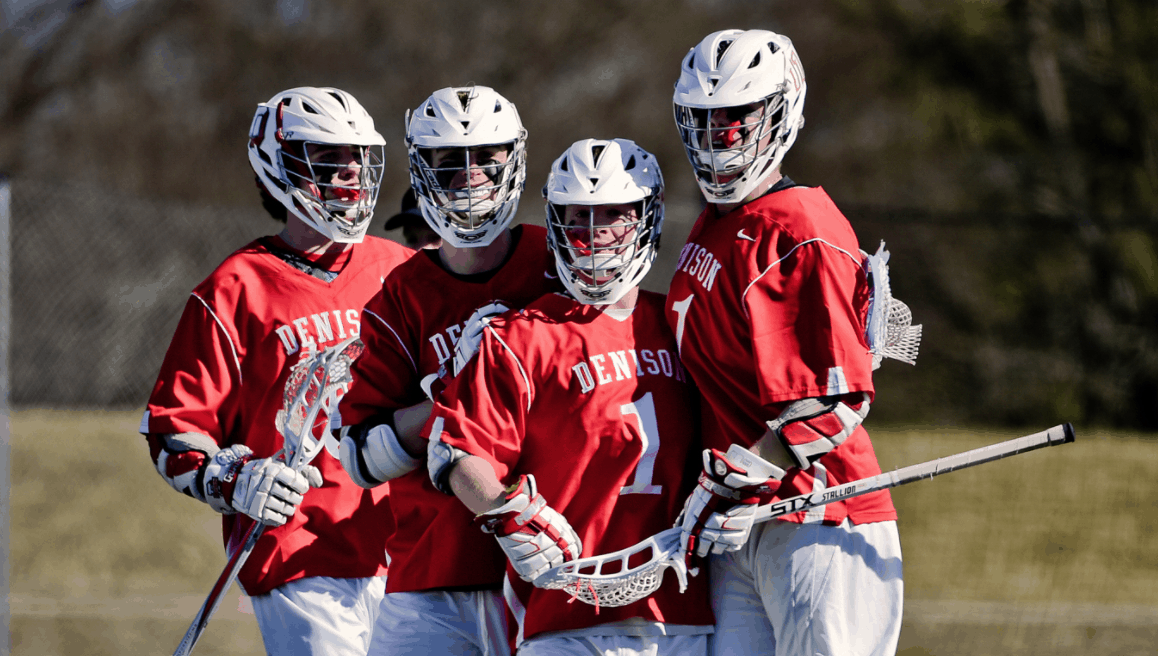 TEDDY AUMAN  — Coming into the game as the #3 team in the country, the Denison men’s lacrosse team put on a dominant performance during this past Saturday’s game against DePauw. The team is now 5-0.

After completely out-playing a good DePauw team on both sides of the field for 60 minutes, the final score read 16-2.

Denison’s strong defense forced DePauw out of their comfort zone on offense and opened the field for the red hot Big Red offense to put up a whopping 16 goals.

Heading into the 2nd quarter the Big Red took off on the offensive end, with Butler and Pittroff helping lead the way. The Big Red finished the quarter with a 7-1 lead. Both Butler and Pittroff finished the first half with 2 goals. Pittroff also pitched in 2 assists. Midfielder Jake Waxter ‘19 also came up huge with two goals. The Big Red went back to the locker room with their heads held high, in anticipation of another 30 minutes of play.

With 2 goals in the first half, Waxter came up huge with his third goal of the game to complete his hat trick. Both Butler and Pittroff then continued their strong games. In the second half of play Butler had a goal and an assist, while Pittroff had three assists. The Big Red then finished the third quarter with a 10-2 lead over DePauw.

With only 15 minutes to play, Denison closed out the game with a 6 goal run thanks to a dominant performance by midfielders Owen Armstrong ‘19 and Wills Hutras ‘20. Both Armstrong and Hutras had 2 goals to assist their team’s 6-0 run. As the clock ticked to zero, the score read 16-2 in Denison’s favor.

“A dominant performance by offensive players from across the team helped create such a defining 16-2 victory,” said long stick midfielder and defender Enrique Rodriguez ‘21.

As for the future, the Big Red look to solidify their #3 ranking. According to Rodriguez, leadership will be important in making sure that happens.

“We have a lot of returning players with lots of experience that can lead us to the national championship”, said Rodriguez.

Along with a defining victory, the Big Red also appeared on ESPN’s Top Ten Plays, for getting scored on by DePauw’s top tier goalie.

“All press is good press, no matter if we got scored on in the clip, we still got to rep the #3 ranking in our schools colors”, stated Rodriguez.

The Big Red are away in Owings Falls, Maryland as they face #12 Amherst on Friday at 5:30 PM.