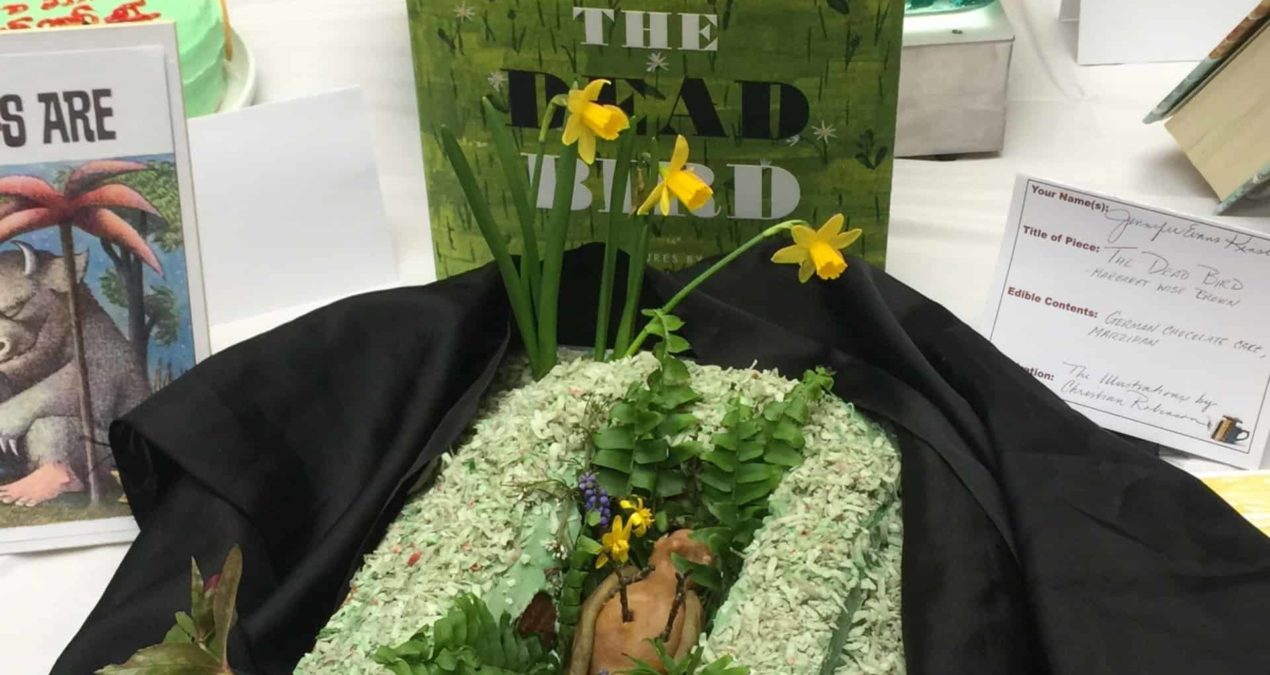 The bustling library was the beginning of an afternoon where folks from Granville gathered to present their creations inspired by “books for judging.’”

On Wednesday April 4, Denison Library celebrated their 14th annual edible book contest, “Books to Eat,” at the commons area of the library. The event started with community members entering their creations, by filling out cards and displaying the books along with their creations for everyone, including the judges, to view. All entries had to be edible, and had to be related to a book, by either form, text or inspiration. Participants presented an array of entries ranging from adult novels to children’s books.

“It brings people from all over the community together. I am excited to have everybody engage and be creative with the idea of books,” said BethAnn Zambella, the director of the library.

The judge’s panel consisted of a student, a librarian, a community member and a professor or teacher, together they decided on the most hilarious, most bookish, most creative, best presentation and best in the show. A winner was selected from each of the five categories and was presented with a certificate, a gift card and a trophy of a banana to mark their accomplishment. After the judging was done, everyone got to dig in and enjoy the wacky and impressive creations that people had made.

“I wish everyone could win, but everyone gets a price by just be being here, and you get to eat some of the proceeds,” said Zambella.

As people dug in, they could see how much work some of the contestants had put into their inventions. Some of the entries included a red and black checkerboard cake with a red stone and a brown talking hat, while other creations included a mouse and a cookie.

The edible book contest is an international phenomenon, which started in France and spread worldwide. A fine arts librarian Nadia Acmind brought the tradition at Denison University 14 years ago.

“[Nadia Acmind], she was a bit of foody. She was a pastry chef before she became a librarian, so she contributed heavily to bring this [edible book contest] to Denison,” said Debby Karen Andreadis, the Deputy Director at the Denison library

“The annual contest worldwide is usually around April 1st, and it’s a great way for the library to engage April Fools’ Day with the community,” said Andreadis.

Getting to check out a wide range of books, tasting many yummy treats and getting to engage with people in the community, what could be better for the first week of April?