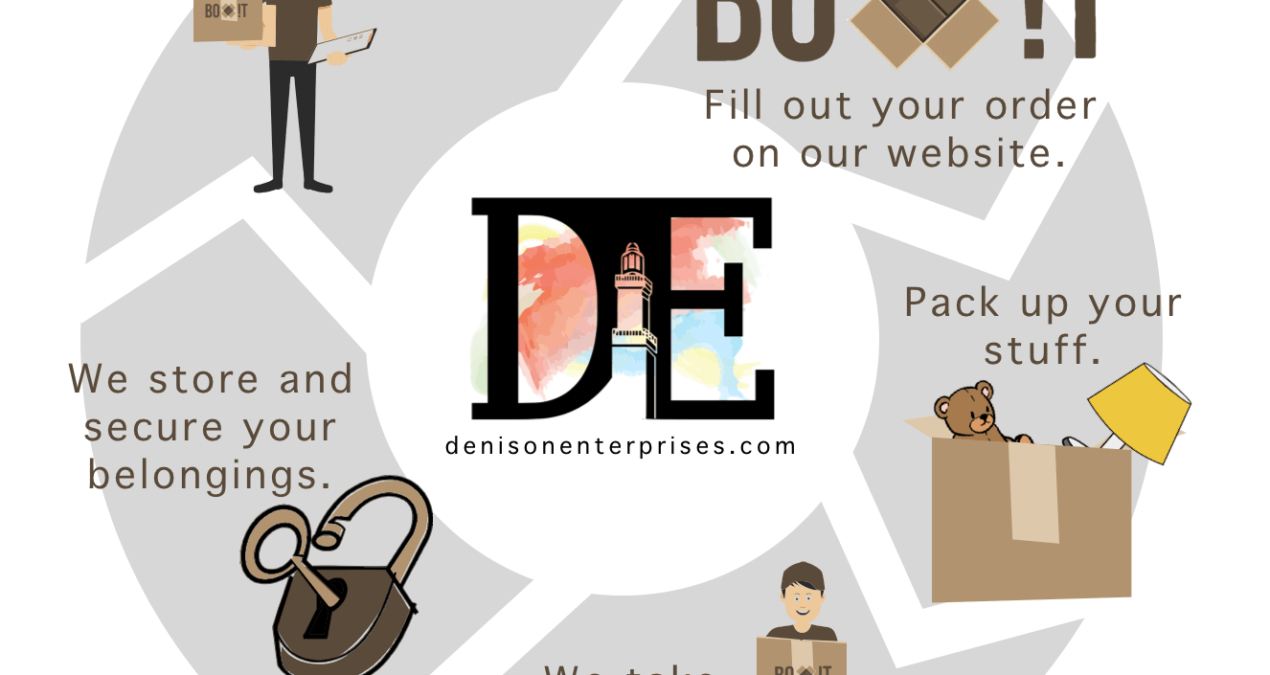 Ever have difficulty storing your dorm or apartment items over the summer at a cheap price? Denison Enterprises’ Box!T may be able to help.

One of Denison Enterprises’ longest running projects, Box!T, is a student-centric business that enables students to store their belongings for the summer at reasonable prices. They found that students were paying a significant amount of money for storage units that weren’t being filled to their intended capacity. In response, they created a service where students can pay for the exact amount of storage that they need.

In its few years of operation, Box!T has served several hundred students, generated tens of thousands of dollars in revenue and has evolved with the needs of students. While Box!T is only a service for summer storage, they hope to provide it to students studying abroad in the future.

“I had a really bad experience with storage last year. I even had my unit broken into and it was just a nightmare. Therefore, I really want to look for a company that I can trust because having to replace a lot of my things was expensive and a hassle,” said Chris Fisher ‘20, a biology major from San Francisco. “If Box!T is that company, then that would be great.”

Acceptable items include boxes, student provided storage bins, couches, mini fridges, desk chairs and suitcases. If you have a small appliance like a coffee maker, kettle or a printer, you can pack it in a box and they will store it.

Prohibited items for storage include hazardous material and contraband, and DE reserves the right to inspect for such items. They do not cover the following items: jewelry, cash, collectibles, electronic equipment, improperly packed items, unpacked items, damage to storage containers and minor damage due to handling.

Other items that they do not store include TVs, mattresses, air conditioners, fragile/valuable items, guns, alcohol, etc.

“In our several years of operation, we’ve never been this prepared for Box!T. Sam’s done a great job, and I think our customers will be really pleased with the ease and efficiency of the service,” said development chair Bobby Craig ‘18, a computer science major from Canton, Ohio.

The profits Denison Enterprises earns from Box!t either go toward re-investing in other student entrepreneurial projects or gets donated to Denison’s annual fund for scholarships.

“Thanks to our hard work, there has been lots of interest from students and parents alike,” said VP of marketing Dana Randall ‘21, an undecided major from Chicago, Illinois.

This service will only be available for purchase until Friday, April 6 on a first come, first served basis. Boxes and tape will be provided, but students must pack their boxes on their own.

They are only accepting the first 125 orders, so if interested, act now! Order forms can be found at: https://denisonenterprises.com/box-it/.