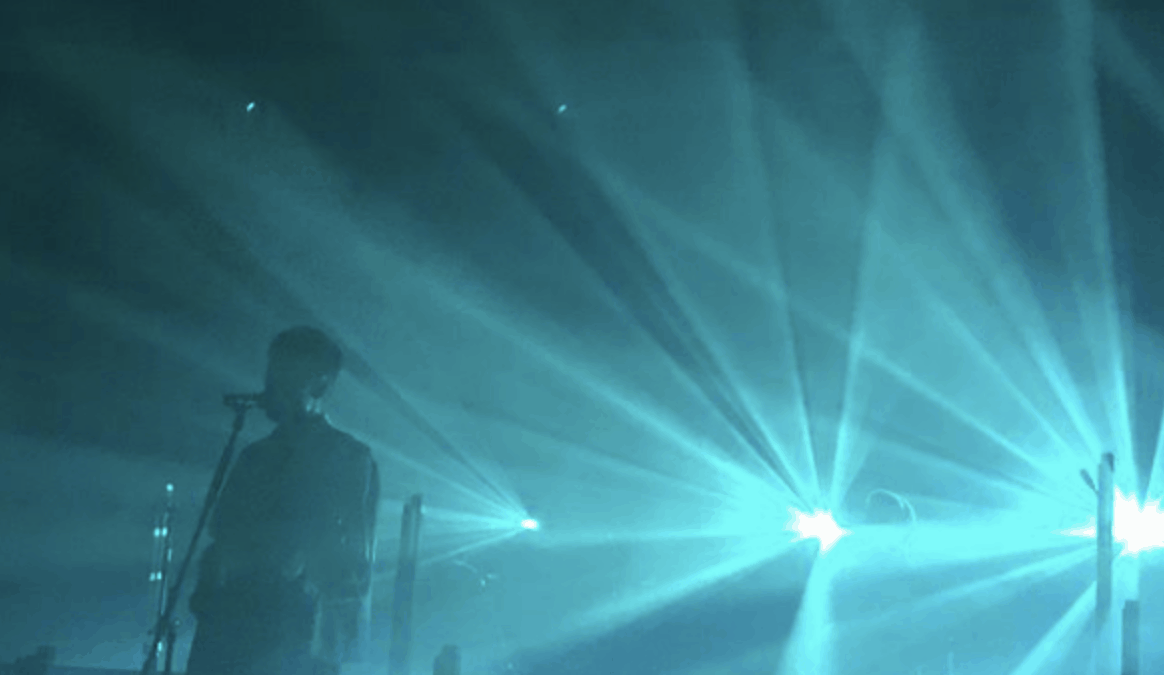 Though you may not have heard of him, EDEN, an Alternative Rock and Indie pop independent musician from Dublin, Ireland travelled to Columbus, Ohio.

The concert was general admission, so fans lined up hours ahead of time to potentially get front row seat access to the performance.

VÉRITÉ, EDEN’s opening act, whose name means “realism” and “naturalism” has a strong sense of style when it comes to performance; first, she rocked a stylish mesh black tank-top with a black bralette underneath, black leather pants and shoes with a pink floral kimono-like robe to finish off the look.

Although her dancing skills are lacking (she mostly swung back and forth while holding the mike) her voice was impressive; she belted out high and hard notes and issued vibrato in certain instances. She also used her keyboard to record her live voice from the concert to layer her voice in the background. She did this while singing and while playing notes on the piano.

By far, the most powerful song VÉRITÉ performed vocally was her “Somebody Else” cover. She was confident and skilled with it and her voice fits the style of the song well. Her guitarist and drummer were also phenomenal. Specifically, her drummer had a solo where he beat his heart out in the middle of the performance. VÉRITÉ closed off their stage time with humor, saying for the audience to “call her anytime”.

After a brief intermission, EDEN killed it during his entrance on stage with pitch-blackness and smoke. He began his setlist directly with “wrong”, the first song on his debut album vertigo. The lights came on from directly behind him, his bassist and guitarist to give a silhouette of the performers. Each song had a different colored light in the background combined with smoke. For instance, his song “gold” utilized light-sticks placed on the stage to follow the beat of the tune in the color gold.

His keyboard and synthesizer created loud background acoustics, occasionally blocking out his voice. Although he is very proficient in singing and playing keyboard, I would have liked to hear more balance between the background and his voice like the studio recorded version of his songs. Despite the fact you couldn’t hear his voice fully, depending on the song, when it was heard it was honestly phenomenal. You can hear the passion and practice of EDEN in his sound and rhythm. Anyone can tell that he is a real and authentic artist that does not rely on autotune to correct his voice.

As the concert moved near the end, he guitared “rock + roll”, which is one of his most famous pieces and the crowd went wild. Red lights and smoke shooted from behind and he belted out the lyric “I can never rock like a rolling stone” the crowd singing along. This song is an amazing performance piece; he plays a guitar solo and the lyrics are musical, such as “I ain’t scared of livin // cause it’s all we got // what are we breathing for?” He could’ve fooled me that he was a Rolling Stone.

He ended the concert with his song “falling in reverse”. When the song ended, he put his mike back on the stand over his keyboard and walked into the smoke.

His encore included his songs titled “Wake Up” from his previous set of songs under the album titled i think you think too much of me.

EDEN performed at the Newport Music Center in Columbus, Ohio on April 11th, 2018 for his VERTIGO world tour with his opening act, VÉRITÉ.

VÉRITÉ is an Indie Pop artist from Brooklyn. Some of her setlist included her famous the 1975 cover of “Somebody Else”, her songs “Underdressed” and “Nothing”.

You can learn more about VÉRITÉ here: http://veriteofficial.com/.

EDEN originally was known under the name the Eden Project, but abandoned the elias after 2015 for his solo title EDEN.

If you would like to know more about EDEN, you can visit http://iameden.eu/.