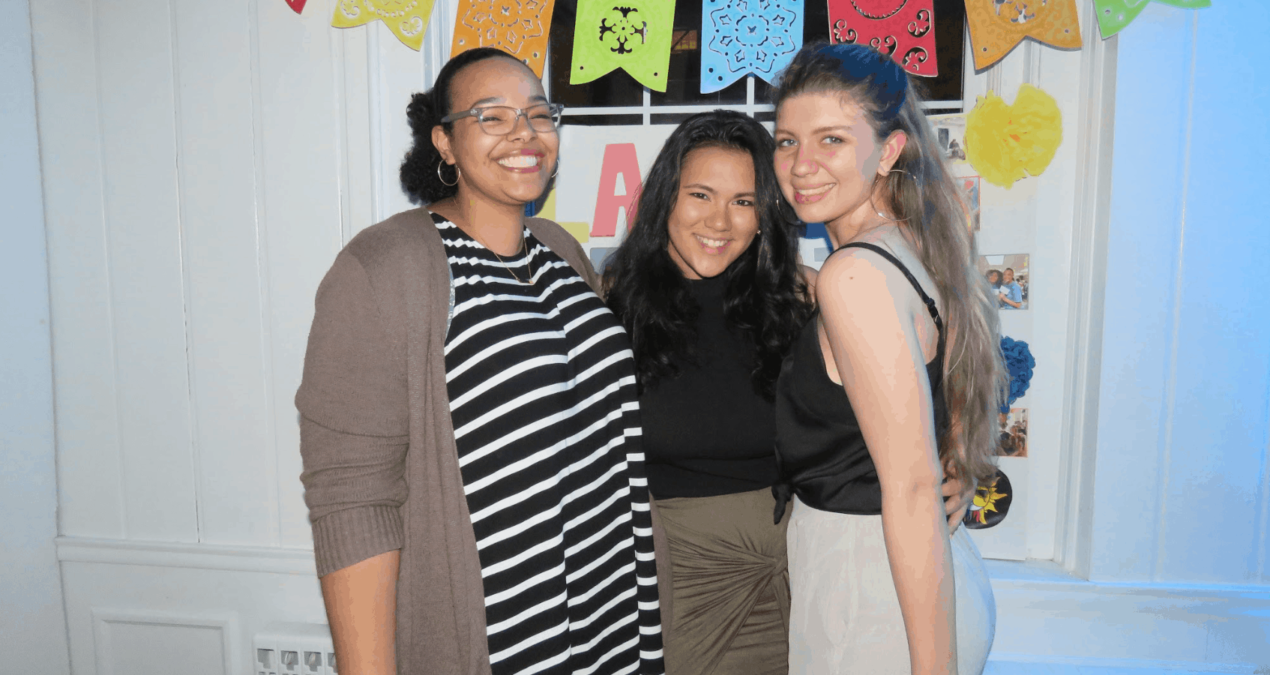 La Fuerza Latina embraced their Latin roots and identity at Denison through a week full of events ranging from film screenings to cook offs to karaoke night. The purpose of the week was to inform the campus of Latinx traditions.

LFL, while trying to be as inclusive as possible, showed how diverse, different and special their community is to them through the variety of daily activities throughout the week.

La Fuerza Latina members endeavor to make the presence of Latinx students known at Denison, to promote Latinx awareness of campus issues within the Denison community and wish to create a comfortable environment for Latinx students at Denison. They are proud of who they are and embrace their cultural heritage everyday.

According to Huffington Post, Latinx is part of a linguistic revolution that aims to move beyond gender binaries and is inclusive of the intersecting identities of Latin American descendents. Latinx is the gender-neutral alternative to Latino and Latina. In addition to men and women from all racial backgrounds, Latinx also makes room for people who are trans, queer, agender, non-binary, gender non-conforming or gender fluid.

La Fuerza Latina aims to educate and make the community more aware of the traditions, struggles and different life experiences based in Latinx culture, which they embodied during this past week’s culture-rich events.

On Monday, La Fuerza partnered with Outlook and hosted a film screening of the documentary, I Am The Queen. The documentary features Chicago’s Humboldt Park neighborhood, where the Vida/SIDA Cacica Pageant brings together members of the Puerto Rican community to celebrate its transgender participants. This documentary was made locally in 2010 and follows drag queens through their unique journeys of coming out to their families and getting ready for pageants.

Following the screening, a talkback took place, where students exchanged a variety of ideas reflecting on what they had just seen.

“During the talkback, many students commented on how drastically the terminology has changed through the years and how accepting the winning drag queen’s family was,” said Alina Panek ‘20, a communication major concentrating in narrative journalism from Chicago, Illinois.

On Tuesday, the Latinx in Ohio talk took place, hosted by Dr. Foulis in Higley Auditorium. Dr. Elena Foulis from The Ohio State University lead the presentation that provided a general overview of the Latinx community in Ohio. The talk focused on key oral history interviews and discussed how the Spanish language was a source of pride and pain in the Latinx experience in primarily white-serving institutions in the Midwest. The talk allowed listeners to see how Latinx claim a sense of belonging and create a space where dialogue about cultural, language and immigration issues are discussed.

On Wednesday, an energetic karaoke night at the Bandersnatch took place, where students sang a range of tracks from The Beatles to Nicki Minaj to Hannah Montana. Other songs primarily sang in Spanish were performed, where proud entertainers energetically belted and danced to their favorite Spanish tunes.

“As coordinator of the event, I think it was a smashing success. We had a diverse crowd come and we kept singing until 12:30 a.m., even though the event was supposed to end at 11:00 p.m. I think it was all in good timing to have a destressing and non-judgemental event as the semester is starting to ramp up for finals,” said Panek.

A “MasterChef Latino” competition was held on Thursday, where teams made their best dishes from provided ingredients. The next day a cookout was held at the LFL space that provided students with a comfortable atmosphere full of laughs, fun and food.

“I had an amazing time at the La Fuerza cookout! It is always a good time when you are hanging out with friends and eating good food. I specifically enjoyed the fried plantians. The weather was like a perfect summer day. Also, the people that were there created a vibrant and fun atmosphere that I was happy to be a part of,” said Peter McManus ‘20, a math and health, exercise and sport studies double major from Akron, Ohio.

La Fuerza Latina is always welcoming new members, regardless of their cultural background, so if interested, contact Alina Panek at panek_a1@denison.edu so you can become a part of their future activities and events.

The perfect podcasts to help you escape exam dread