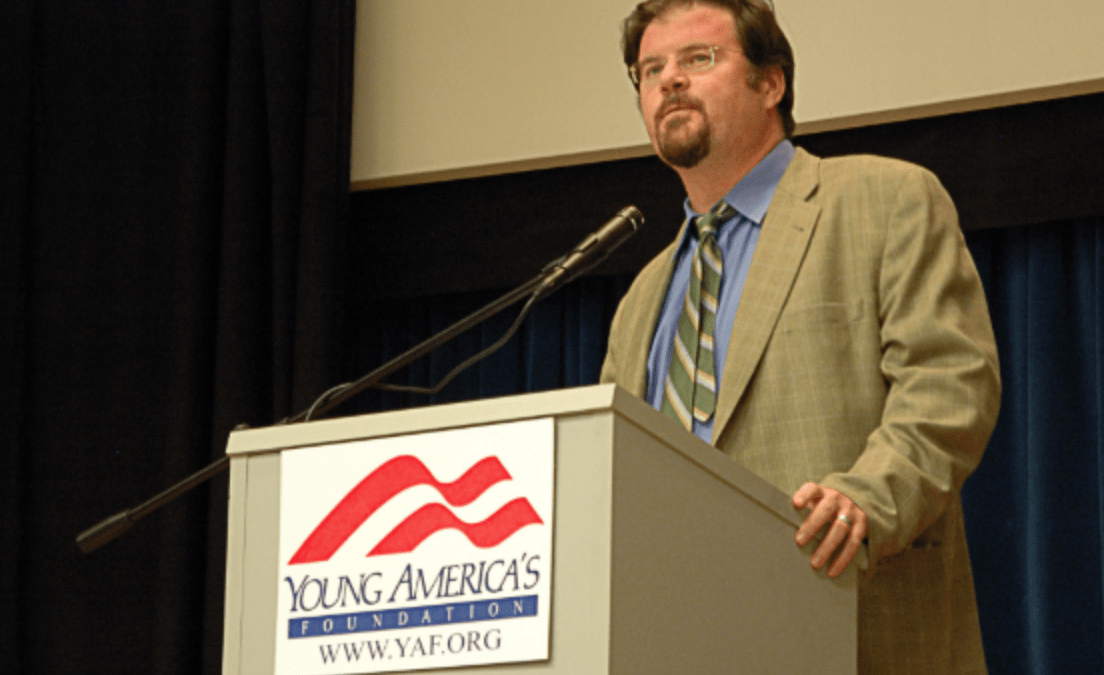 On Wednesday, April 11, Goldberg, Senior Editor of the National Review, came to Denison to speak on behalf of the Denison College Republicans. Goldberg drove all the way from Washington D.C. to speak to the organization as well as give a speech to the general student body. The Denisonian sat down with Goldberg to better understand the role of political journalism in today’s society as well as what it is like to be a prominent anti-Trump Republican.

Goldberg talked about how he was thrown into political journalism at a young age. He grew up in an active political household and was raised by Conservative parents. He has always been interested in writing, and really wanted to write novels and science-fiction comic books. However, due to his upbringing, he ultimately dedicated his life to “reporting the truth as [he] see[s] it.”

Goldberg talked much about how he believes the role of journalism has changed since President Trump’s term began. However, when asked about “fake news” he pushed it aside.

“Fake news has always been around. There have been more fake news stories since the Nixon administration than I know how to count!” Goldberg exclaims. The only difference he claims, is that “Trump is the first President to truly talk about it and make it mainstream. That’s why it is a huge deal right now. Fake news has always existed. Today, it’s just highlighted.”

When it comes to reporting today, Goldberg has one piece of advice to up and coming journalists, “report the facts, and cite your sources. But most importantly, defend your writing. You have to defend your writing, especially because it should be something you truly believe in. Defend your hard work.”

Moving on from journalism, Goldberg started talking about his own personal politics. Goldberg hates being classified as a Libertarian, preferring to be known as more of a classical liberal. However, with a little prodding, he conceded to being a true Libertarian.

He claims that he believes the federal government should have very little input on the people’s lives other than for protecting human rights. All laws and regulations should be decided locally, because “our country is just too big and diverse to have Washington decide what happens. When Congress passes a law, they p*ss off half the nation. Why not just let the communities decide what they want?” Goldberg says that he continues to fight for this kind of ideology and his writing for the National Review is an attempt to help persuade people to his way of thinking.

“He’s my 17th choice to be the Republican nominee for President,” said Goldberg. He also came out swinging against the President by saying “he disrespects women, is a racist, homophobic, bigot who only cares about his image. He is truly destroying the Republican Party I grew up to love and yet uniting the Democratic Party. He is vile.”

Goldberg and Trump have had numerous back and forths over Twitter and other social media outlets, and usually it’s due to Goldberg publishing an anti-Trump article on his website.

“He reads my work religiously it seems. Everytime I write something condemning him, he reacts! I guess I can check having ‘The President of the United States be my biggest fan’ off of my bucket list!”

Goldberg fills a void that many believe is slowly becoming extinct. A conservative who is a proud supporter of the party and has been #NeverTrump since the President announced his candidacy. Goldberg’s writing can be read on the National Review weekly, and he can also be found on Fox News occasionally discussing politics with the news anchors. He is also the author of two bestselling books, The Tyranny of Clichés and Liberal Fascism with his new book, Suicide of the West: How the Rebirth of Tribalism, Populism, Nationalism, and Identity Politics is Destroying American Democracy coming out April 24, 2018.