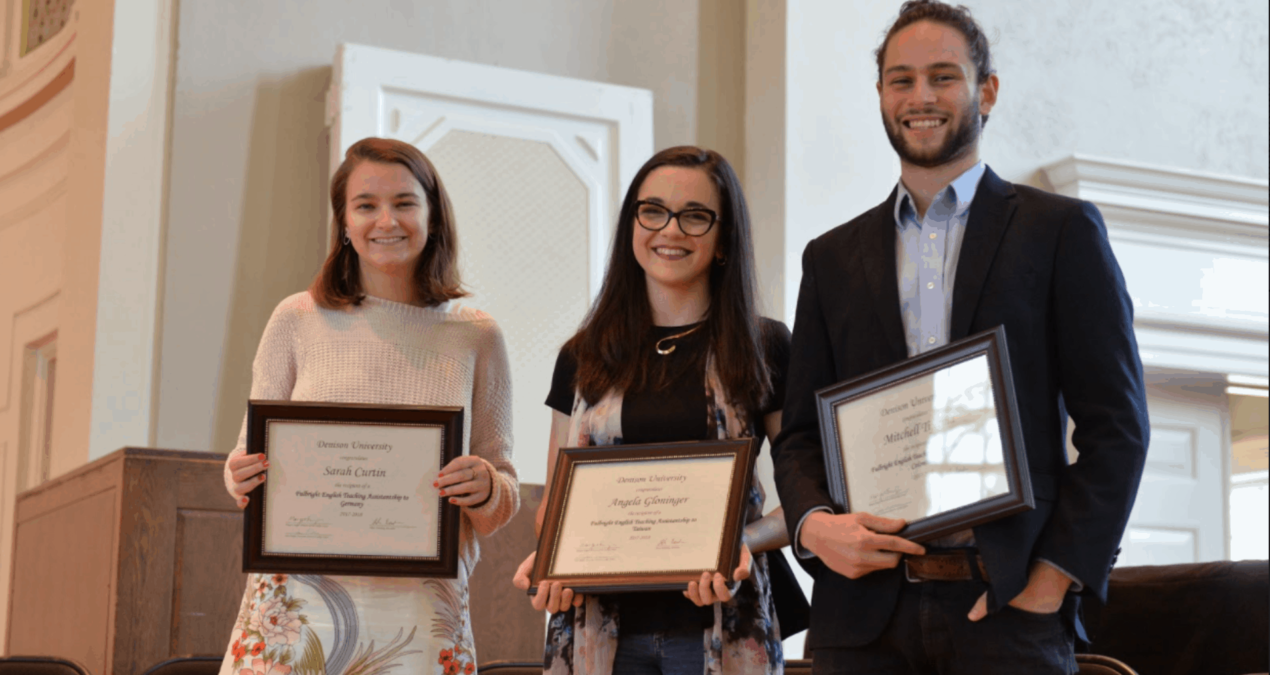 Priding itself on creating autonomous thinkers and motivated students, not many are surprised that Denison has won recognition for producing top scholars.

Denison has been named a top school by The Chronicle for Higher Education for having several students become Fulbright scholars.

The Fulbright Program is a flagship international exchange program the U.S. government sponsors for students. It is designed to increase mutual understanding between people in the U.S. and people in other countries.

In a university statement, Margot Singer, associate professor of English and director of the Lisska Center for Scholarly Engagement, says, “Denison’s excellent academic program creates exceptionally strong candidates for scholarships and fellowships such as the Fulbright. The intensive, individualized mentorship we provide helps all the students we work with learn to articulate and connect their academic and extracurricular activities to their longer-term career goals. Success in winning prestigious awards helps build a culture of excellence on campus.”

Denison offers a range of opportunities to ensure that students have the students can succeed. Opportunities include Denison’s celebrated summer research program, mentorship between faculty and students and funding that supports both students and faculty.

Students are consistently presented with Fulbright and other distinguished awards and scholarships. So far, 150 Denison students have been awarded international, post-graduate scholarships. Since 2012, students have won 18 Fulbright awards, nine Critical Language Scholarships, three DAAD Research Internships in Science and Engineering (RISE) in Germany and 11 National Science Foundation Awards to assist them with graduate study. Denison also boasts a Rhodes Scholar and a Gates Cambridge Scholar amongst past alumni.

Other recognitions Denison has received include being named put on the “Colleges That Change Lives” lives by U.S. News and acclamation from Forbes. Denison University is striving to keep up their reputation and hope for more accomplishments in the coming years.