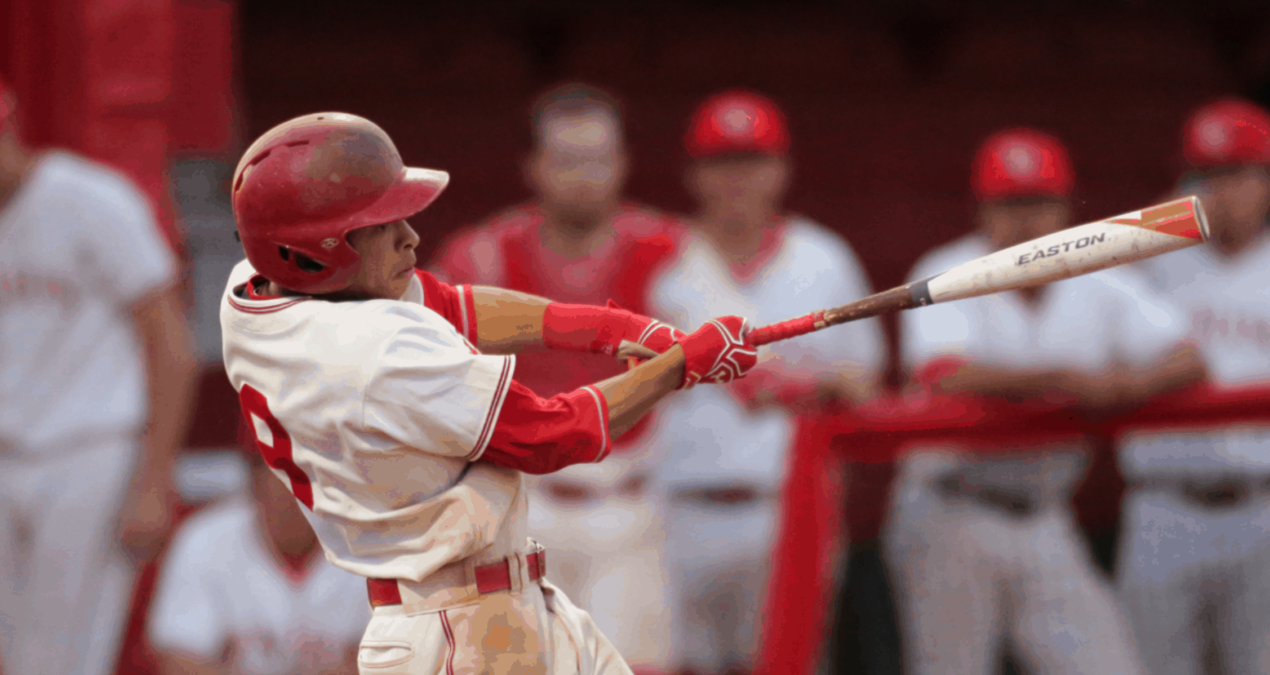 The Big Red baseball team has been busy this season. Really busy.

Having already played 30 games, and still having more to come, Denison Baseball has been picking up win after win to amass an impressive record of 26-8. This record does not come easy, as most days consist of two games.

These double headers are necessary to get all the games in before the NCAA tournament. However it isn’t two different teams in the same day, but rather the same team back to back, which can make for a long day of baseball.

Yet, Denison’s Baseball team thinks fondly of double headers, and not because they are taken out of class for them.

“No, double headers are not hard. In summer leagues growing up there are tons of double headers so we’re pretty used to it by now. And while we occasionally have gotten out of class to play, we are always given enough notice so we can talk with our teachers and discuss moving assignments or tests,” said infielder Will Krushena ‘20, a data analytics major from Bloomfield Hills, Michigan.

The hard work seems to be paying off as Denison is 11-3 in NCAC competition, with recent results including a 6-4 win over #20 Marietta and splitting contests with #2 Wooster, 3-4 and 4-2. This team is showing game in and game out that they are capable of matching up with the best of Division III.

The season is not over just yet, though. Playoffs are right around the corner and the Big Red are hoping their record only continues to improve.

To to close out the season, Denison will be completing two more double headers, the first of which will be at home. The Big Red will look to add to their in-conference dominance against a familiar NCAC opponent in Oberlin today at 12 p.m. and 3 p.m. Additionally, they will be hoping to get support for the games — their final two home regular season games — as they look to close out their regular season with a bang. Denison’s final double header is on Saturday against Wabash in Crawfordsville, Indiana.

“The seniors are amazing. They have all stepped up in big situations on the field. They are also doing a great job leading by example and helping the younger starters on our team learn how to deal with different situations, especially in the batters box,” said Krushena. “The seeds will be decided by the end of this week for NCAC. The top four teams in the NCAC play. We are currently second and we need to win one more conference game to make it. If we win that then that we will automatically get a bid into the NCAA playoffs. The NCAC tournament will take place May 10-12, so we will be here after finals if we are seeded.”

Head out to the baseball fields across from Denison’s back campus entrance to watch one of the seniors’ last games, or check out the online stream at denisonbigred.com.