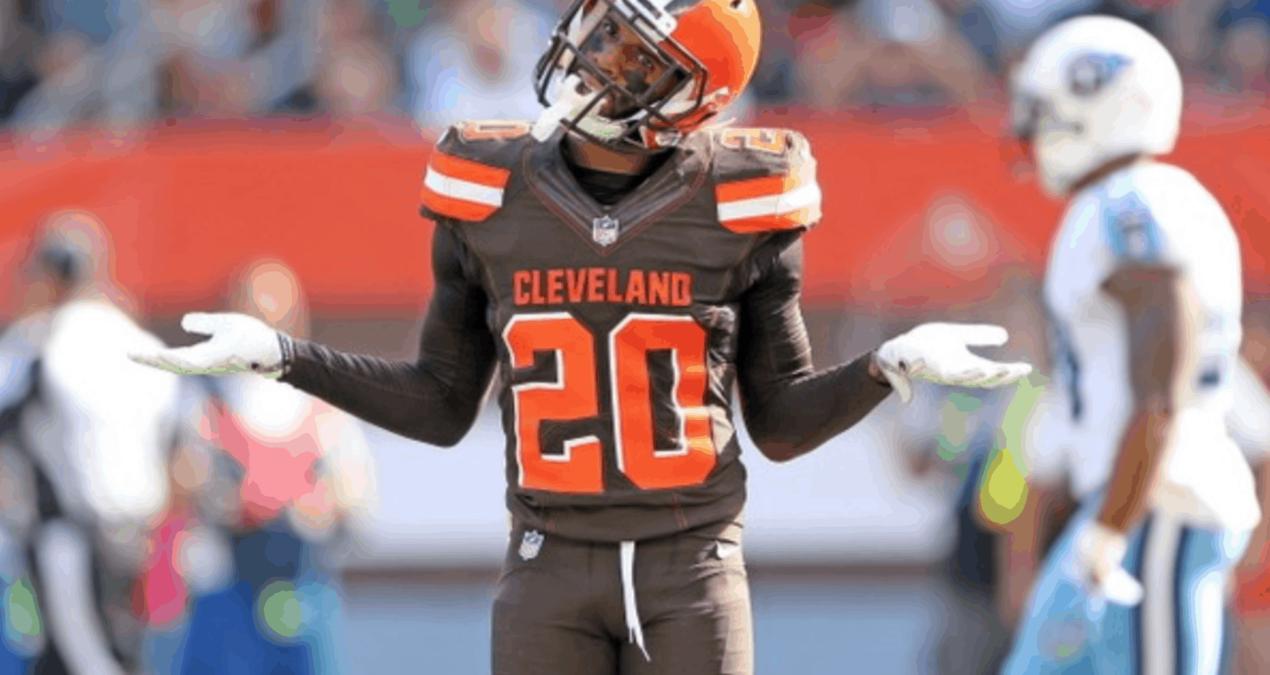 As I sat there watching everything unfold, I’m not gonna lie, I was shocked.

What the heck were the Cleveland Browns thinking? I mean seriously. With the first overall pick, they selected the Oklahoma quarterback Baker Mayfield, a guy who some thought was the fourth best quarterback in the draft.

Then, with the fourth overall pick, they chose Ohio State cornerback Denzel Ward. They chose him over the best defensive player in the draft (Bradley Chubb). Here is how I would have handled the top five picks if I had to select for each team.

Just about everyone said that Barkley was the best player in this draft. The General Manager of the team he was actually picked by (the Giants) said that he had Barkley as his second highest graded prospect ever, only behind Peyton Manning.

He can run. He can catch. He can block. There isn’t a ton that Barkley can’t do, and if he plays to his potential, we could be looking at an All-Pro for the next decade. For a team like the Browns who are 4-44 in the last three seasons, taking the best player available with the number one overall pick should be a no brainer.

With that being said, I understand where the Browns are coming from with their selection of Mayfield. If they believed he was the best QB in the draft, making sure they get their guy is also important, I just think they could have waited for Mayfield.

Apparently, the Giants were thrilled with how the draft worked out. They got to take Barkley, who is deserving of all of the praise I just gave him and that he has received from others so far.

Some were worried that Darnold regressed in his second season at USC, but he showed how much potential he has and is by far the cleanest QB in this draft. He has no character issues, and would handle the New York media very well (and still has to because he went to the Jets), but he isn’t quite pro ready. If he isn’t ready, then what better situation to find yourself in than being able to learn from a two-time Super Bowl MVP in Eli Manning?

That, and if Darnold had worked out, they would have been the envy of the rest of the NFL, as they will have been set at quarterback for around thirty straight years between Manning and Darnold.

Just like the Giants, the other team from New York was absolutely thrilled with how the draft worked out. They got to select the guy who most think is the best QB in the draft in Darnold.

However, if they could not get Darnold, I would think they would have leaned towards Rosen over former Wyoming QB Josh Allen or Mayfield. Rosen is the most pro-ready of the four quarterbacks, and can start right away for the Jets if they need him to. Josh Allen and Mayfield also have some character issues, and while Allen’s dedication to the sport has been questioned, I think those issues were overblown by media looking for a story.

I don’t fault the Browns for taking Mayfield. I fault the browns for where they took Mayfield. They likely could have gotten the best player in the draft (Barkley) with the first overall pick, and still gotten Mayfield here at four. Getting both of those players would have given Cleveland the potential to have one of, if not the, best offense in football. The Mayfield-Barkley combo would have been awfully scary for opposing defenses.

Looking at Mayfield, however, he might prove me wrong and become the best quarterback in this draft. He’s proven people wrong before, as he was a walk-on at Texas Tech, before having to walk on again at Oklahoma. He became the first walk-on ever to be selected with the first overall pick. He’s proven that he can win, so he is a solid selection for a team that is absolutely starved for wins.

And what about Ward? Just about everyone agreed that Chubb, the DE out of North Carolina State was the top-rated option on the defensive side of the ball. The thing that makes me scratch my head is that Cleveland really could benefit from bringing in someone to get after the quarterback after ranking 21st out of 32 teams last season with just 34.0 team sacks. Maybe the Browns scouts saw something in Ward that nobody else saw? For the sake of this franchise, let’s all hope this doesn’t go down as another one of their draft day blunders.

It’s tough to argue with their choice of Chubb, especially when paired with Von Miller, but the Broncos defense has plenty of pass rushers. Nelson fills a need while Chubb doesn’t. Denver allowed 52 sacks last season, good for third most in the NFL. They need to protect their new QB in Case Keenum. Keenum was affective last year for Minnesota, but that was behind one of the better offensive lines in football. The Vikings allowed just 27 sacks last season.

It’s so easy to point fingers in April as to which teams “won” and “lost” in the NFL Draft, especially at the top of the board. Only time will tell how these picks pan out.

And the good news for Browns fans is that there really is only one direction the team can go from here, and that’s up.