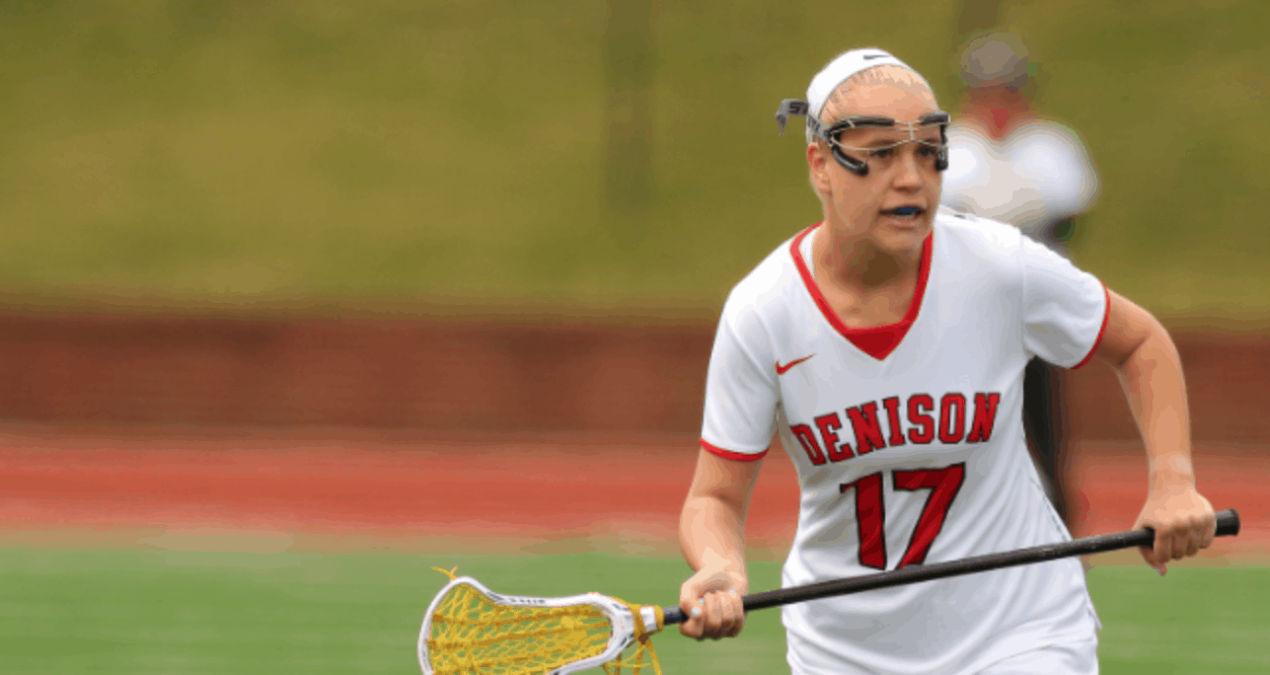 TEDDY AUMAN — The Denison Women’s lacrosse team brought the heat during this past Saturday’s game against Wooster. The win brought the team’s record to 10-2.

After out-playing a competitive Wooster team on both sides of the ball, the final score was 20-6.

Denison’s elite defense forced Wooster out of their comfort zone on offense and presented an open field for the red hot Denison offense to get to their 20 goals.

During a fast paced and competitive first half, attack Kiely Noonan ‘20 and midfielder Leah Israel ‘18 carried the team offensively.

The Big Red finished the first half with a whopping 14-2 lead on the struggling Wooster. The Big Red went back to the locker room with their heads high in anticipation of one more half to play.

With three goals in the first half, Israel came up clutch with her fourth goal of the game in a man up situation. With help from fellow teammates Maddy Heher ‘19, Molly Fischer ‘21, Hope Adams ‘21, Leander Perun ‘20 and Allison Zimmer ‘21 the Big Red finished the second half with 6 goals.

As the final seconds ticked down the scoreboard showed a dominant 20-6  win for the Big Red.

“After much success in the past 4 games, we were quite hopeful in the system we had in place. After Saturday’s game, it looks almost unbeatable heading into the final weeks before the NCAC tournament”, said midfielder Camille Concannon ‘21.

As the season begins it’s final stretch for the women’s lacrosse time, don’t be deceived by only four 4 regular season games remaining on the schedule as Denison looks to make a clap at the NCAC and NCAA tournaments in the month of May. According to Concannon, “Our team is ready for any challenge thrown at us, as we hope to continue this streak of dubs into the postseason!”

The Big Red are away in University Heights, Ohio as they face John Carroll University on Wednesday at 6:30 p.m.