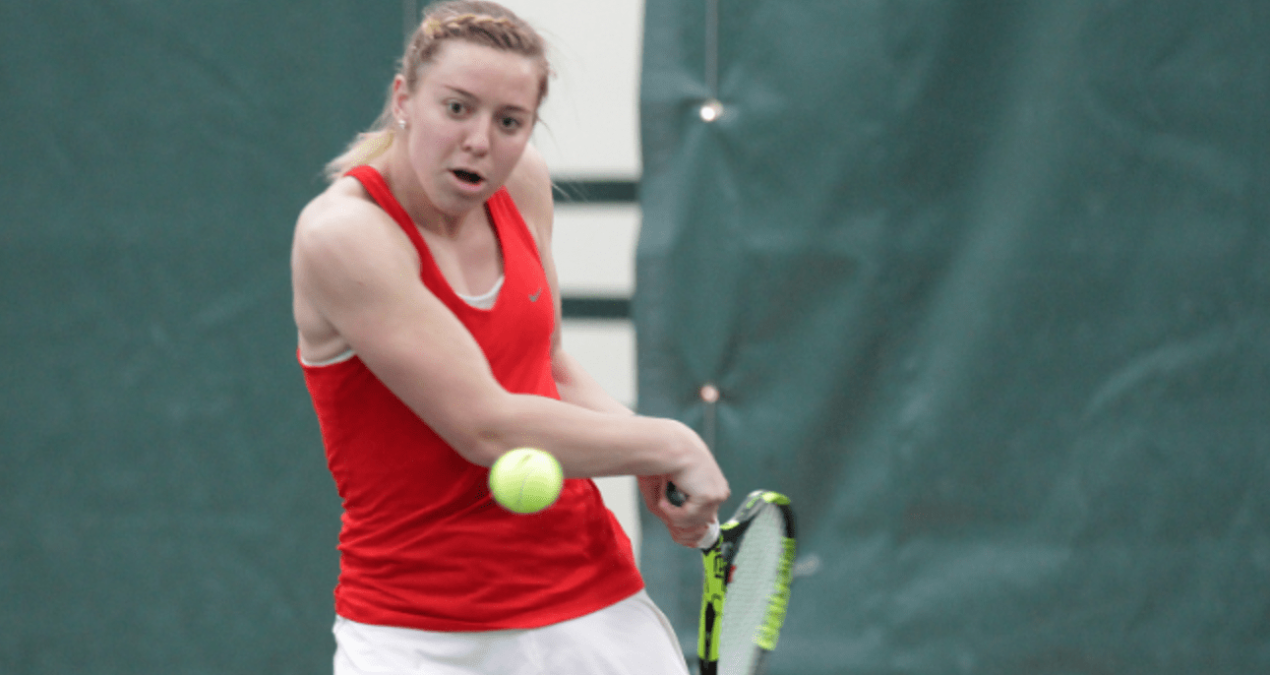 Things looked bleak early on for the Big Red.

The Women’s Tennis team faced off against a familiar NCAC foe in DePauw to close out their regular season on Saturday.

After making quick work of Wittenberg in a 9-0 win earlier in the week, the Big Red entered Saturday with a record of 10-7, including a perfect 2-0 in NCAC competition.

Things certainly did not go according to plan in the early stages of the match. In fact, the Big Red needed to pull out a 9-8 (7-2) victory at #3 doubles to find their first win of the day after falling short in #1 and #2 doubles.

It’s safe to say that the triumph at #3 doubles from Courtney Brown ‘19 and Madeline Hart ‘21 swung the momentum into the favor of the Big Red as the two teams entered singles play.

Lauren Hawley ‘19 led the charge for the Big Red at #1 singles by bouncing back and dominating her opponent in straight sets, 6-0, 6-1. The remaining five singles matches, all of which were extremely hard-fought, would determine the match’s outcome.

Wins at #4 and #5 singles from Hart ‘21 and Ashley Hammons ‘19 locked in the victory for the Big Red, and Hawley ‘19 comments on the importance of finishing the job in close matches.

“Everyone was feeling a little down after doubles but I think that we all know that we are a really strong team in singles. We knew that as long as we fought our hardest on every court that we could come out on top and I think that this match especially helped us prove to ourselves and to everyone what a strong team we are,” said Hawley.

There’s no doubt that a comeback win to cap off a great season will have the team in high spirits. But this group is already looking ahead to the NCAC Championships which are right around the corner at the end of April.

Hawley ‘19 remarks on some of the key factors to the team’s success this regular season: “One thing that we all have done really well this year, especially in conference matches, is not underestimating our opponents and always coming out ready to play and to take care of our own courts.”

It will be crucial for the Big Red to maintain that approach as they enter postseason play in the coming weeks.

Hawley ‘19 adds, “We have a really strong team this year and as long as everyone fights has hard as they did in the Depauw match during the tournament I think that we could do really well.”

They’re hitting their stride at the perfect time in the season. After a couple of weeks of rest and preparation, this year’s Big Red squad will be ready to match up against whoever steps onto the other side of the court.