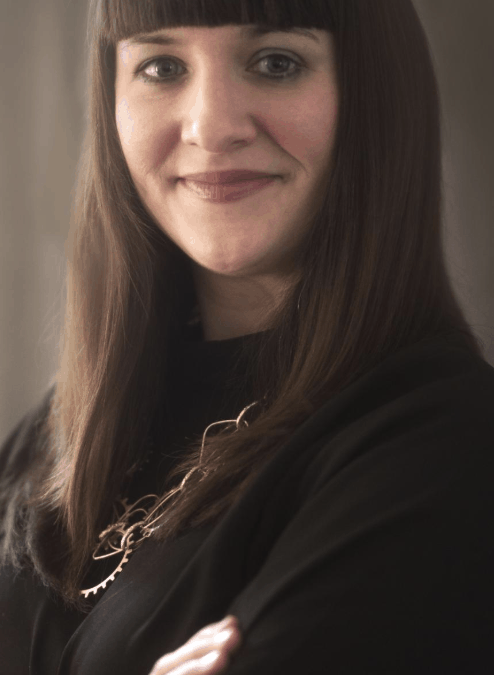 Conducting research can be tricky, but what do you do if all the participants in your study can never be reached? Just ask the history department’s latest speaker, Britt Rusert.

Rusert is an associate professor in the W. E. B. Du Bois Department of Afro-American Studies at the University of Massachusetts Amherst. Rusert came to Denison to speak about a book she had recently written. She wrote the book Fugitive Science: Empiricism and Freedom in Early African American Culture.

“It does something not a lot of books in the history of scientific racism do–it tells the stories of African Americans who did science that opposed the work of ‘official’ race science,” said Professor Adrian Young, an assistant history professor. “It’s something that historians call a history ‘from below,’ a history of resistance by people who are often excluded from our records and narratives. If we only study the ‘science’ that people in the early 19th century called ‘science,’ then we’d end up telling exclusively histories of white supremacist ideology.”

Rusert started out on the pre-med track in school, but after some volunteer work in a hospital, she found that the medical track was not for her.

“Once I had passed out, and when I woke up I thought, ‘maybe I should rethink my career path,’” Rusert told students.

Rusert has now published her first book, which details how the African American community fought against the white supremacist science that was thrown against them. This “science” included measuring intelligence and claiming biological differences between different races. In her book, she followed certain influential activists to represent their influence in the fight against scientific white supremacy.

Rusert met with students at Denison University twice over the last week. First, she gave a presentation about the subject of her new book on Thursday in Higley Hall. This talk focused on the subject of her book. She talked about how due to the white supremacist culture in science in the past, African Americans had to find other ways to rebel against the harmful, false “evidence” produced. She spoke on how the work of influential black artists confronted the white supremist science through many methods, such as literature, performance and art.

She also attended a breakfast in Fellows Hall last Friday morning to discuss the process of her writing and work with students. One main focus was how she read historical documents from the perspective of an expertise in literature to understand her subject better. She also explained how to navigate working with historians, even though she is not a historian herself. She took this time to answer questions about her writing the book and the book’s contents, which kept many students engaged.

Rusert said she wrote the book by thinking of it as following certain “actors” in her stories rather than just following a line of documents. She would look for a connection between the actors in these documents.

“Wonderful, it was honestly a wonderful experience,” said Rusert when asked about her time at Denison University.

Professor Young was a large factor in setting up the presentation for Rusert.

“I’m actually a European/Global historian, but I’m very interested in the history of scientific racism as a form of power–and especially in the history of resistance against it–and that’s why I invited Dr. Rusert,” said Young. “Dr. Rusert’s contribution is to find other kinds of ‘science’ — like popular lectures or even performative disruptions at exhibits, to offer as counter-narratives. At a moment when the alt-right is re-popularizing ideas that have roots in that era’s race science, scholarship like Dr. Rusert’s is even more valuable.”

Rusert has also written a variety of articles and is the co-editor of W. E. B. Du Bois’s Data Portraits: Visualizing Black America, a collection of the visual graphics Du Bois and his students at Atlanta University prepared for the 1900 Paris Exposition. Her research and teaching focus on African American literature and visual culture, Afrofuturism, speculative fiction, science and technology studies, gender and sexuality and critical theory.

Rusert is currently working on a monograph about William J. Wilson’s Afric-American Picture Gallery (1859), a text that imagines the first museum of black art in the United States. With Adrienne Brown, she is also editing W. E .B. Du Bois’s short genre fiction. You can check out more of her work at http://www.umass.edu/afroam/member/britt-rusert.