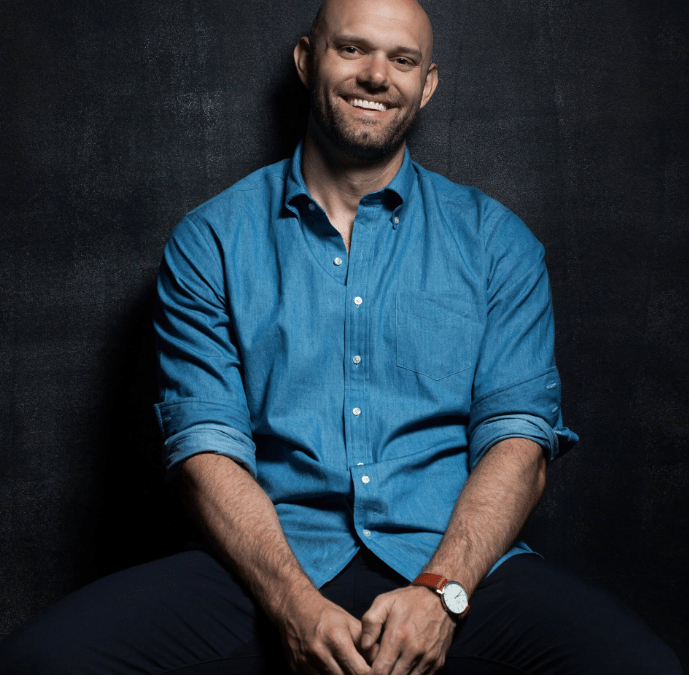 James Clear ‘08 creates his own future

How does a biomechanics major become a best selling author? For Denison alum James Clear, his journey starts with discovering his personal passion and motivation.

Clear was born and raised in Hamilton, Ohio before graduating from Denison in 2008. His major, biomechanics, was individually designed. Outside of class, Clear spent time at the baseball field and played on the team all four years.

Perhaps it was his ambitious drive, evident in his individualized major and commitment to his team that gave him the tools for an entrepreneurial career. After graduating in biomechanics, Clear focused on writing about creating a better lifestyle for all.

“My writing is focused on how we can create better habits, make better decisions, and live better lives. I combine ideas from a wide range of disciplines including biology, neuroscience, psychology, philosophy, and more,” his website reads.

But, what is at the heart of Clear’s passion and process?

Starting with his writing style, Clear tries to write articles that are science-based and highly actionable.

“My primary hope is that people find what I write to be useful,” said Clear. “As long as someone is able to implement the ideas I share to get the results they want, then I feel like I’ve done my part to make the world a slightly better place.”

Clear generates ideas by reading, listening to podcasts and watching speeches. He includes lists of his favorite books, podcasts and speeches on his website as well.

“It would have been hard for me a few years ago, but I have had to read a lot in order to write weekly articles for last 5 or 6 years. As a result, I have a pretty solid backlog of reading and research material,” said Clear.

Although a typical day for Clear’s day structures around working on his projects, he also has a goal of trying to visit at least five new countries per year. Clear has done travel photography work in over 30 countries, but for now it is just a separate, not business related passion of his.

“I am still trying to figure out how to best integrate it with my brand and business. Writing is still the backbone of my business,” said Clear.

And his writing has taken him far. Last Spring, Clear was featured on several news outlets, including the show CBS This Morning.

“I am very proud of that interview. Despite how much technology and viewing habits have changed in recent years, national television shows still get millions of eyeballs. After my segment, I was getting calls and messages from grade school teachers, classmates and many people I hadn’t heard from since I was a child. It was very kind of them,” said Clear.

As Clear’s career progresses, he works to stay grounded in his work and message. With a focus on positivity, he pays extra attention to how work affects him and preaches about better ways to deal with negativity.

“I’ve been an entrepreneur for 8 years now and I’ve had two particularly tough periods. One of them was during the first two years, which were very hard,” said Clear. “I didn’t know what I was doing. I didn’t know how to make money. I didn’t have any entrepreneurs in my family to talk to. It took me at least 18 months to make enough to pay my bills, and I lived at home with my parents for part of that time. I took on a variety of side gigs during the first year, mostly building websites for small businesses, just to make a little money every now and then.

It wasn’t until I launched jamesclear.com in November of 2012 that things actually began to stabilize and then take off a bit. The crazy thing is: I don’t think my story is unique or even very incredible. Entrepreneurship is tough. I had it easy compared to many of my friends. It’s going to be a difficult path and a lot of work no matter when you do it or what type of business you build.”

Some students got to hear Clear share his story and advice at the first ever ReMix event held earlier this year by the Red Frame Lab, in which alumni came to discuss their career paths in entrepreneurship and business. Those interested in Clear’s work can check out his website and his new book titled Atomic Habits.

“I believe it is the most comprehensive and practical guide on how to build good habits and break bad ones. The whole book is organized around the idea of getting one percent better each day,” said Clear.

It was released yesterday, October 16, and will be Clear’s first traditionally published book.