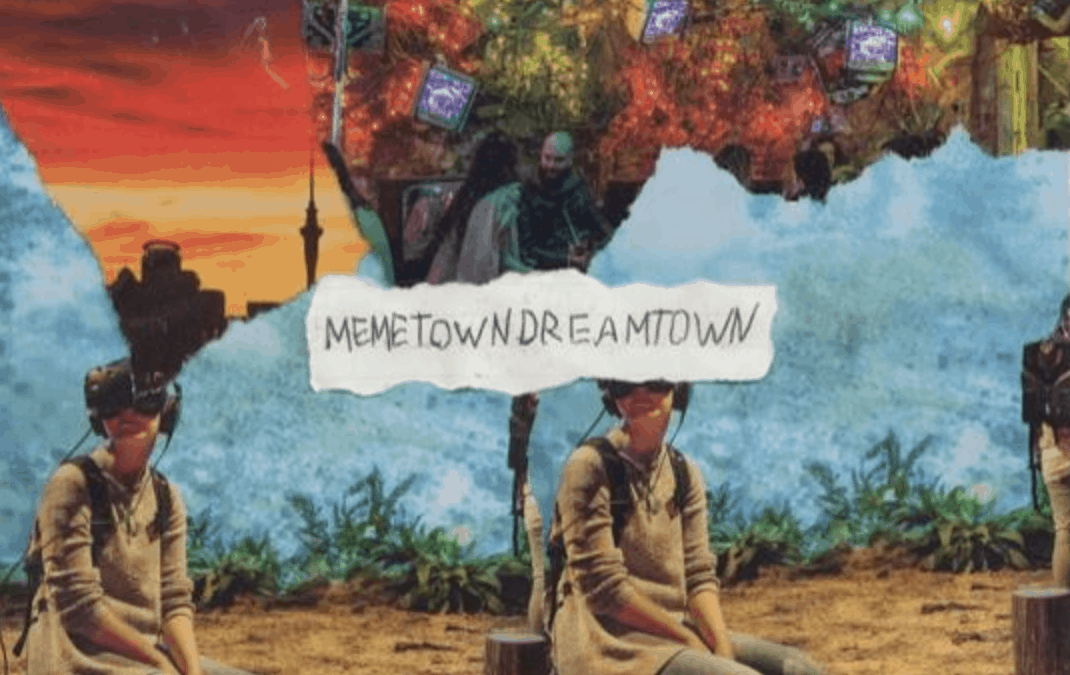 Memes. We all love them. But they live on the internet, right? Is it possible to bring them to life?

On October 31 and November  1, and 2, Denison was mystified by the performance Memetowndreamtown, a show written by Diego Ruby in the basement of Knapp. Although Ruby was a part of the production process, the show was directed by Megan Lovely ’19.

For those of you who find internet lingo a little more challenging, a meme is an image, video, piece of text, etc., that is edited, copied and spread rapidly by internet users, usually to invoke humor.

The performance captured viewers as they dove headfirst into the internet.

Memetowndreamtown is a performance about the exploration of the internet and VR, Virtual Reality, where the internet culture comes to the stage and Cicada 3301 race was still searching for the best, not the followers.

Cicada 3301 was supposedly an internet scavenger hunt race that sent  people looking for clues, so they could be the first to solve a specific code. This is one of the plot points  of Memetowndreamtown as a hacker and a VR programmer come together to solve the Cicada 3301 mystery.

Memetowndreamtown a one-act performance, was one of many performances submitted by students to Denison Independent Theater Association (DITA) each semester.

This was DITA’s first full-length student written show of the year.

“I liked it a lot,” Stevens said. “It had the best ending ever because there was a Harambe tribute. It made me feel good about my time spent on the internet, and now I can understand some of the references.”

There is a decent helping of internet culture in Memetowndreamtown. However, that does not make the performance completely inaccessible for all viewers if they are not neck-deep in internet culture.

In addition, the performance was not only enjoyable for those that were watching the performance. The actors that worked in the preferences also had a wonderful experience.

Ariel Russell ‘22, a sociology/anthropology major from Cleveland, Ohio, was one of the performers in Memetowndreamtown.

“It was a really enriching experience because the show was based on like collaboration and devising the piece,” Russell said. “Having the writer of the show, Diego Ruby, as part of the process was also really cool because we are able to get a lot of clarity and input.  was also, I think, a good experience for him because he was able to get a level of separation or detachment from his work.”

Cameron Williamson ‘22, also in the show, agreed. He said it was “a great experience, with a lot of freedom for the actors; we got to make our own choices for the characters.”

The performance Memetowndreamtown was well-received by the audience. Check out DITA’s facebook page for more information and alerts on upcoming student productions.