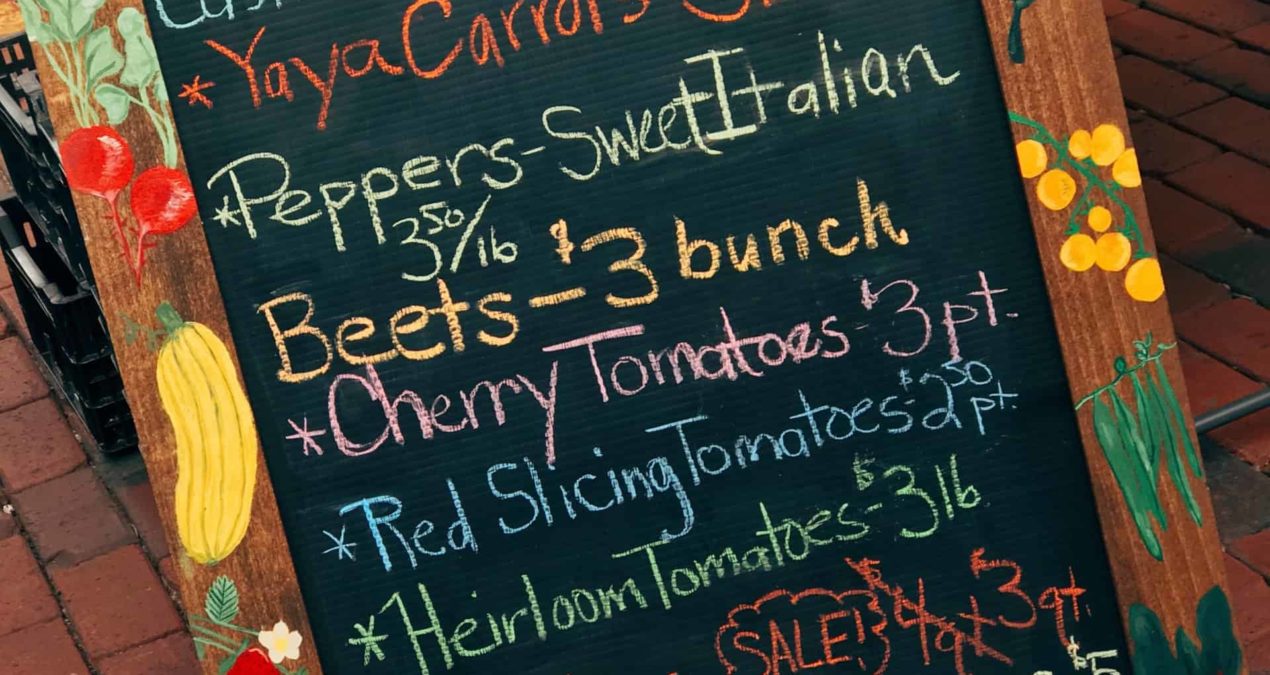 Reaching 25 years of everyone’s favorite local produce and baked goods is something worth celebrating.

The Granville Farmers Market was established by the Granville Chamber of Commerce in 1993 and has since grown into the vibrant market it is today. Each week, upwards of 60 vendors from Granville and surrounding towns come into the village to showcase their delicious products, ranging from freshly-picked tomatoes to homemade chocolate chip cookies.

What has made the Granville Farmers Market so special over the past 25 years hasn’t been the products being sold every week. Instead, it has been the lasting impact on the Granville community. With hundreds of people involved with the market in some way or another every week, the atmosphere is truly second to none.

While there are dozens of people who contribute to putting on the market every Saturday morning from May to October, the man in the driver’s seat behind the whole operation is named Jerod Long. Long speaks about how his past has influenced him in an interview.

“I was born and raised on a 1,000-acre farm and we own a 20-acre nursery back home so I grew up with that culture. After interviewing for the position as manager of the farmer’s market here, I was selected as the best person for the job so I got started in 2015 and I have been involved ever since,” Long says.

Long is one of many friendly faces at the market who commits themselves to making the market run smoothly every week. He found himself involved with a little bit of extra planning this year for the 25th anniversary celebrations which took place shortly before Denison students returned to the hill at the end of August.

“We had an old-time 4-string band and a celebration with some different things going on and some different giveaways. Now that the festivities are all done with, we’re happy to enjoy the rest of the season,” Long says.

Just because the official anniversary celebrations are in the rear-view mirror doesn’t mean the season has come to a close; the beautiful month of October is right around the corner. Who wouldn’t want to walk around in a cozy sweater and hand pick delicious fruits, vegetables and savory treats? That’s something almost everyone can get excited about.

Lyle Linerode is one of the markets popular vendors who runs Lona Belle’s Home Baked Goods. Linerode speaks to the buzz that surrounds the market during this time o of year.

“We have a great community to support this.The Denison kids come down to support it as well, and of course the community itself supports it. It’s a social event. It’s a gathering event. We have great produce, great baked goods, great sweet corn and great everything. It’s just a great thing to be apart of,” Linerode says.

As excited as all of the customers are to pick out their delicious food every week, the vendors themselves are equally as enthusiastic to be apart of the market. Katrina Wilson and her husband, Casey run Wilson’s Family Farm out of Zanesville, Ohio and have been apart of the market in Granville for ten years.

“We actually travel from Zanesville but we know our clientele around here and we become apart of the community as well, so much so that we’re actually thinking about moving to Granville because we just love the atmosphere here,” Wilson says.

The Granville Farmers Market has something to offer for not only Denison students, but parents, faculty and the Granville community. Students are just one short walk down the hill away from the friendly faces and delicious food that go hand-in-hand with the market.