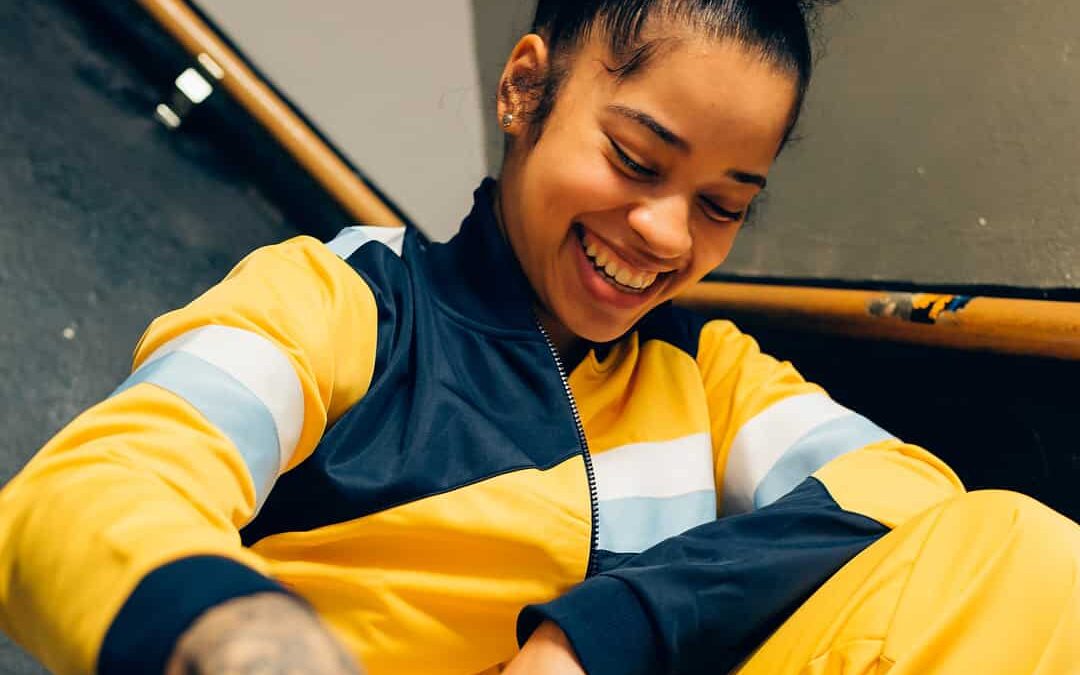 I sat down with Vaval Victor ‘20, who works as a programmer for UPC and as co-chair of D-Day committee, to get some information on the process and work that goes into organizing D-Day, the biggest event of the academic year. During our conversation, I focused on the selection of the D-Day artist, Ella Mai.

If you didn’t know about Ella Mai before the Gala reveal, you’re not alone. Ella Mai has only been active in the music industry for about four years, and her self-titled debut album was released less than two weeks ago on Oct. 12, 2018. She is the definition of an “up and coming” artist. Ella Mai (born 1994), is originally from London, England and lived in New York City. Following an initial uneventful appearance on The X Factor, Mai released a four-track solo EP on SoundCloud. Her published work and popularity on Instagram, allowed her to be discovered and signed to DJ Mustard’s 10 Summers Records Label. And since then, her career has been on a steady increase.

I asked how the committee was able to anticipate the artist’s success and growing exposure. “Ella Mai doesn’t quite fit the mold of our previous D-Day artists,” Victor confirmed.

I have known Victor since the day of Inauguration, when we were grouped into the same August Orientation group, but that doesn’t mean I received any special treatment. Victor jealously guarded the identity of the artist, and in the weeks leading up to the reveal, the only clue he gave us was that the artist choice was “intentional” and meant to be much more symbolic than that of previous years.

Somewhere in between his meetings and work shifts at CLIC and his late night dance practices, I got to sit with him. Victor, who is an Anthropology and Sociology and Dance double major, was hesitant to answer my first question. “How would you describe yourself?” Instead he insisted, “It’s not about me.” But it is, the decision of D-Day artist is an important, noteworthy and defining component of D-Day and many students’ time at Denison. So, I insisted, “How can we [the student body] understand the committee’s decision if you don’t tell us about yourself, the intention of your work, and your thinking process?”

After thinking for about half a minute he answered, “I’m an artist. Creativity inspires everything that I do. My creativity is inspired by the ideas I admire and the situations that I have analysed.”

From the moment he was assigned co-chair of the D-Day committee, Victor knew that he wanted to do something different with the selection of D-Day artist. His intentions were straightforward – he wanted to change the “vibe” of D-Day. I asked him to tell me more about the “vibe” the committee is trying to promote, “The history of D-Day is based on community and fellowship amongst Denisonians. I wanted to take it back to its roots. When D-Day was first a thing, it was a picnic. It was a day of rest for students to come together. The day and events have strayed a little from its original purpose.” Victor was also concerned about peers that had told him that D-Day had become “too intense,” and created negative, preventable situations. Victor said, “We are trying to change that. This is a good day spent with community and music. We’re trying to make that happen and are open to collaborations with the community. We’re trying that with the quad concert. We are trying to get poets, spoken word artists, and other mediums of art on stage to diversity the experience.”

With a better picture of what the D-Day’s committee wanted to bring to campus, I got to the questions specifically on Ella Mai. Whos’ Ella Mai to you? “She’s the face of R&B right now. For me, she’s a true artist. She is very authentic. [It seems like] everything stems from her core. And her work is tied to experience and to the feelings that keep you centered.”

Is that what you were looking for? An authentic artist? “As an artist, I admire authenticity. And I admire when work comes from an authentic center, from the experiences we’ve lived. Finding artists who do that is inspiring to me. Their authenticity becomes “their touch.” I can recognize their work like a fingerprint.”

When did you realize Ella Mai had authenticity, or as you say, “the touch”? “There is poetry at the end of her songs. She’s true to her craft. Her music is a reflection of her true self. And because she’s just starting, I know she’s going to give us 100%. I find her dedication inspirational, to be honest.”

Do you think previous artists haven’t given us their all? “I personally feel that not all artists who come here bring the authenticity and skill Ella Mai offers. Some concerts are built around that one big song, a one hit wonder, and it’s old, it’s the same thing. I know this won’t be like this. I don’t think Ella Mai’s concert is going to be centered on one song.” Victor explained that, although the artist was virtually unknown two years ago, she has been dropping EP’s and acquiring a cult following and supporters from divergent and alternative groups.

What was the most difficult thing about narrowing the search and deciding on Ella Mai? “Going with my gut was the most difficult thing. I naturally want to please people but I had to move past that. I had to actually listen to what the community wanted and what people were expressing a need for. I went through her EP and her social media, and tried to determine if she was going to meet our needs, our culture. There was a Twitter trend which pointed out that men were listening to one of her early songs as a guilty pleasure. That caught my attention. And from there on, I had to go with my gut instinct. [But] when her debut album came out, it confirmed my instinct. It reassured me that she could be the artist for us. She has some real stuff to say.”

To close up the interview. I asked the committee co-chair what his favorite Ella Mai songs were. He narrowed it down to “Boo’d Up,” “She Don’t” and “Shot Clock.”

D-Day is one of Denison’s oldest standing annual traditions, if not the oldest. And it’s clear the the University Programming Council, backed by CLIC, want to make this year memorable. As we prepare to welcome the young artist to campus, who has recently been nominated for the 2018 Soul Train Awards, we encourage students to share their thoughts on the D-Day line up, and think of what it means to them to have our community “revisited by authenticity.”